In Photos: As the 2019 Elections Near, the Ram Temple Card Is Played Again

A few thousand people, many of them decked out in saffron coloured scarves and bandanas, arrived at Delhi's Ramlila Maidan on Sunday. New Delhi: The Vishwa Hindu Parishad (VHP) mobilised supporters from Noida, Ghaziabad, Meerut and Delhi for a rally at the Ramlila Maidan here on Sunday to press its demand for the construction of a Ram temple at the site in Ayodhya where Hindutva mobs tore down the historic Babri Masjid on December 6, 1992.

The size of the crowd was hard to estimate but comprised a few thousand people, many of them decked out in saffron coloured scarves and bandanas.

When I asked a group who came from Meerut whether they knew who wrote ‘Vande Mataram’, they were not only clueless but answered me by saying ‘Par mandir wahin banega (But the temple will be built there).’

Many of those mobilised by the VHP seemed preoccupied with taking selfies of themselves in the crowd and alongside a cutout of Ram. Much of the crowd I encountered came to enjoy the warm wintery sun and see Delhi.

Some rowdy VHP cadres chanted anti-Muslim and anti-Pakistan slogans in front of the Muslim locality of Turkman Gate, but the police made sure the crowds didn’t linger there for long.

Although the Ram temple issue was buried deep inside the Bharatiya Janata Party’s 2014 election manifesto, as the 2019 election draws near, the party and its footsoldiers in the VHP appear anxious to mobilise Hindu voters around the Ayodhya issue. 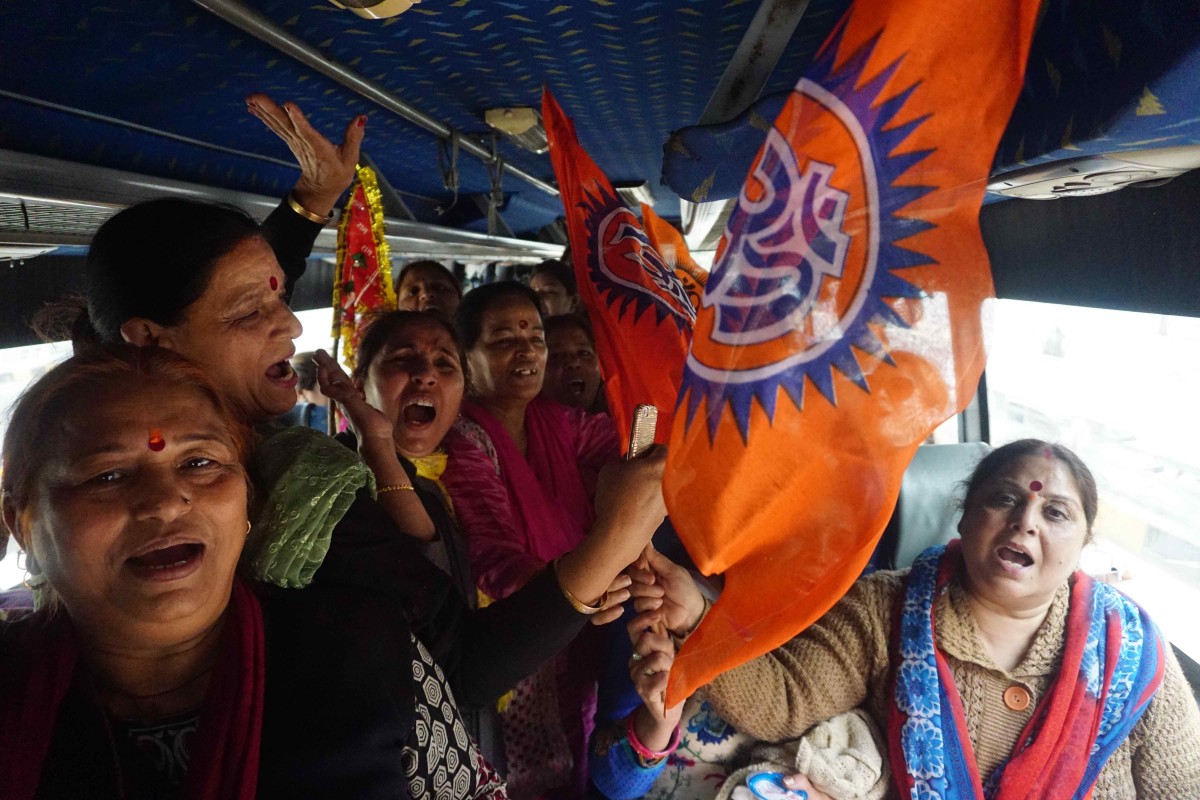 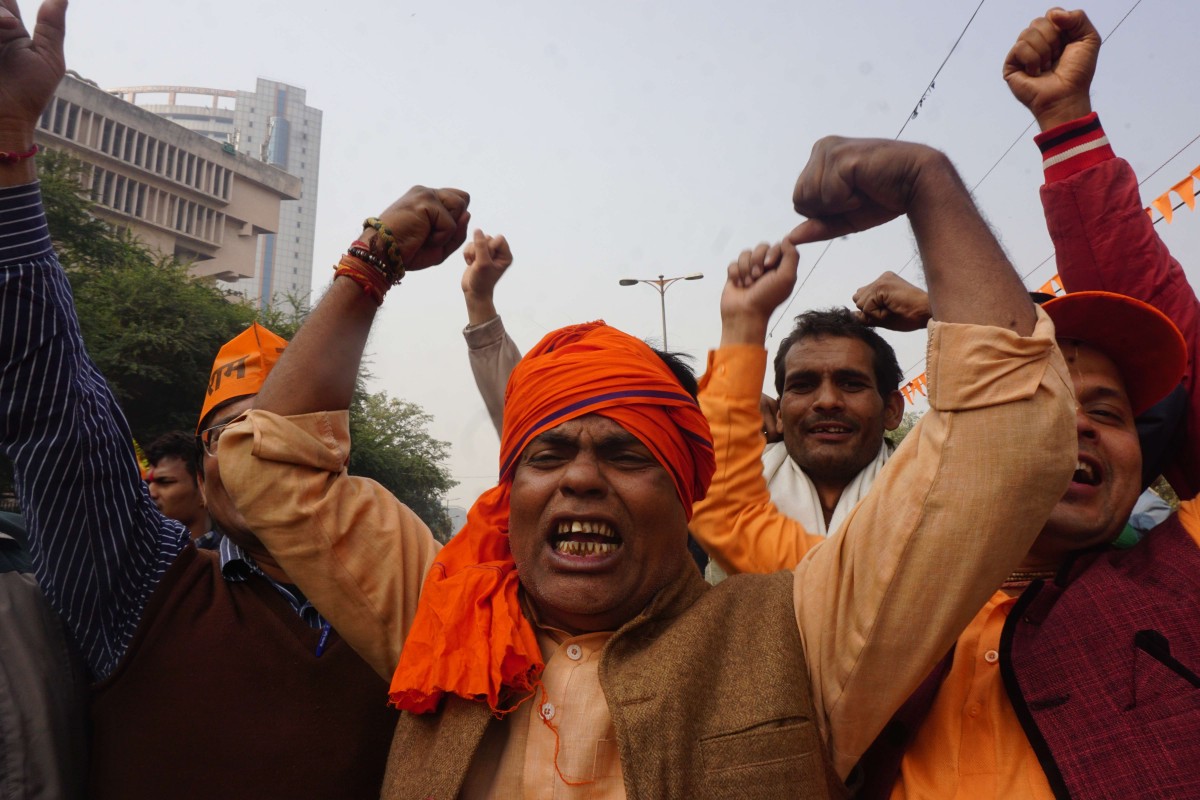 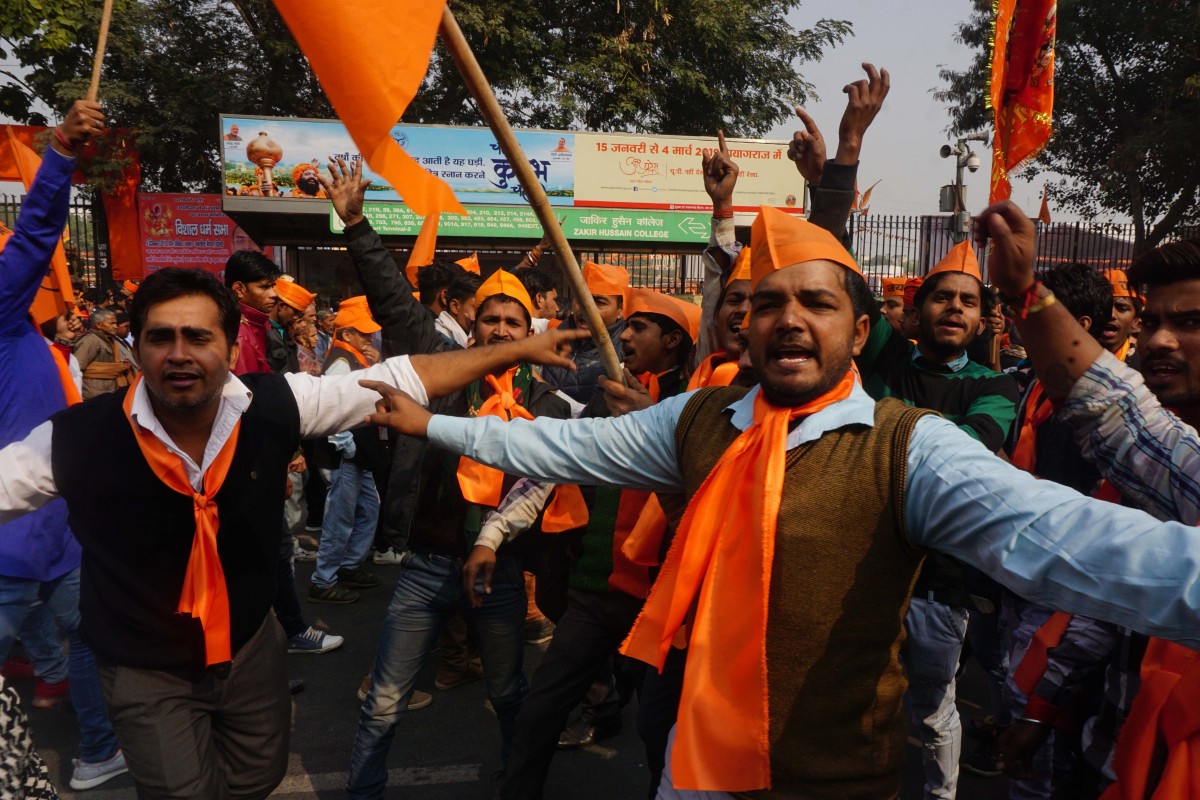 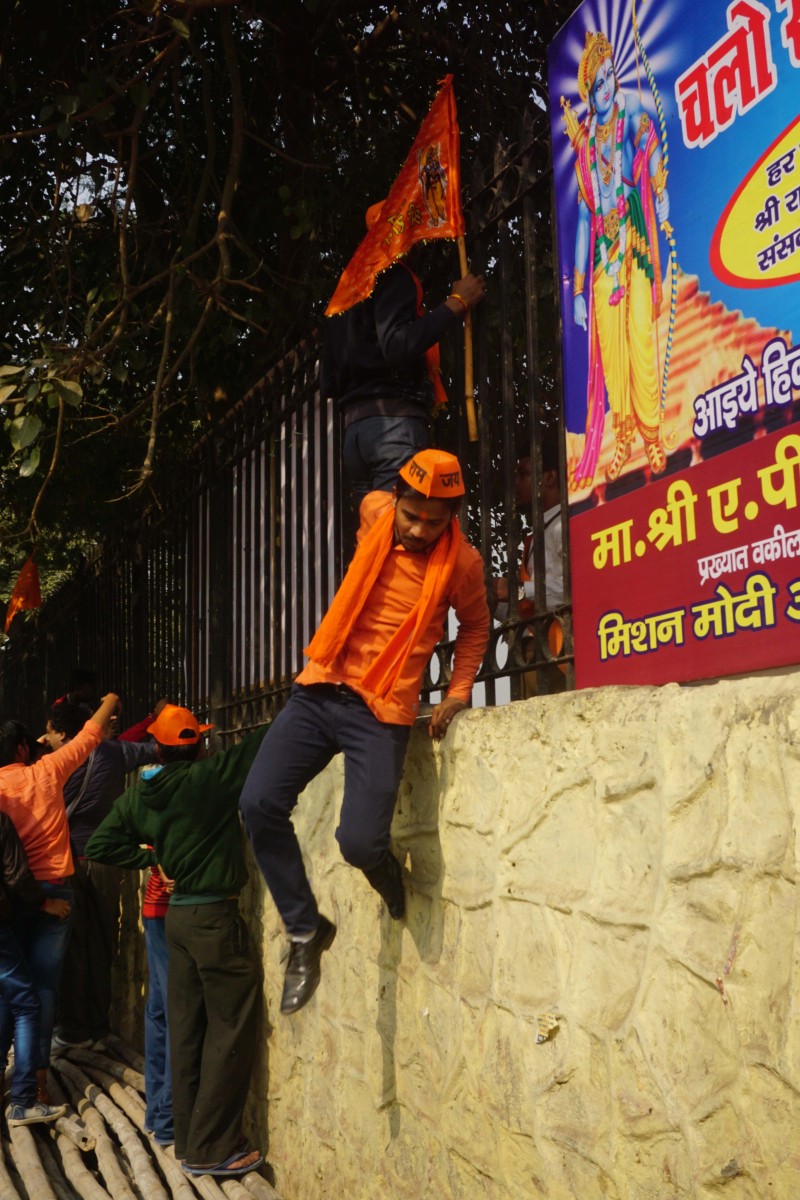 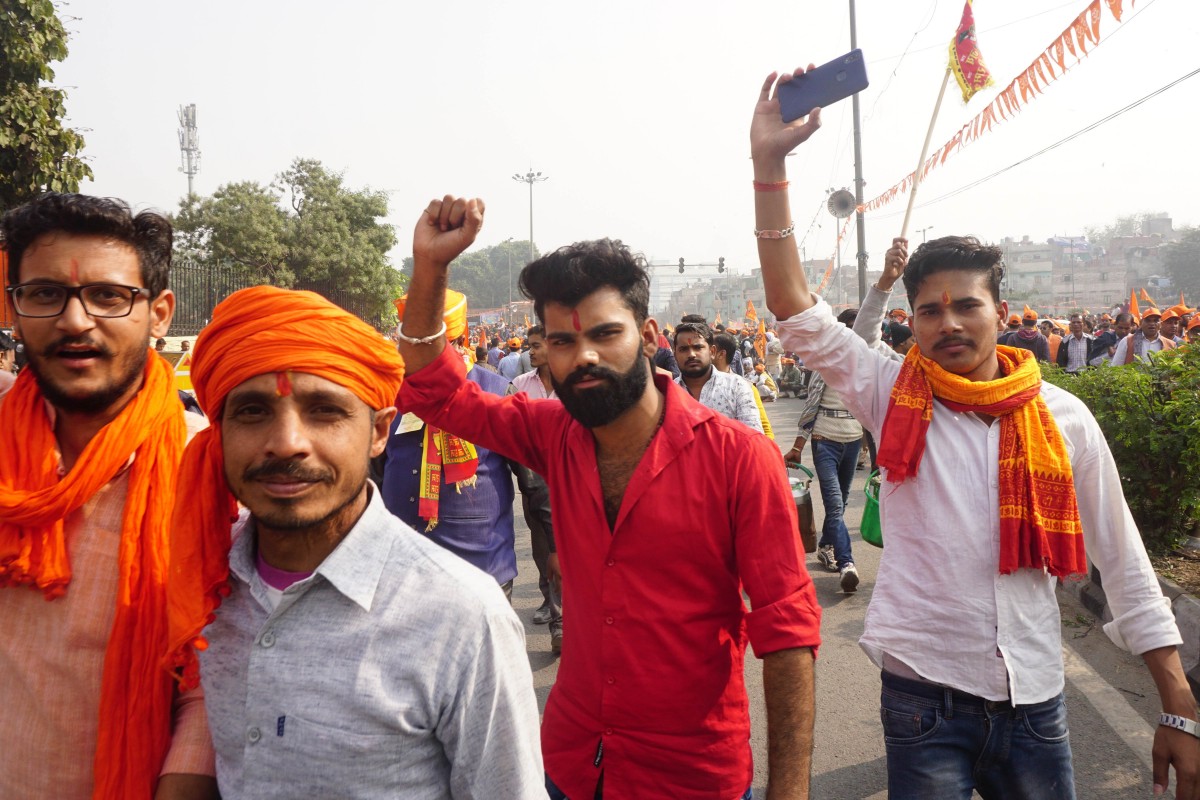 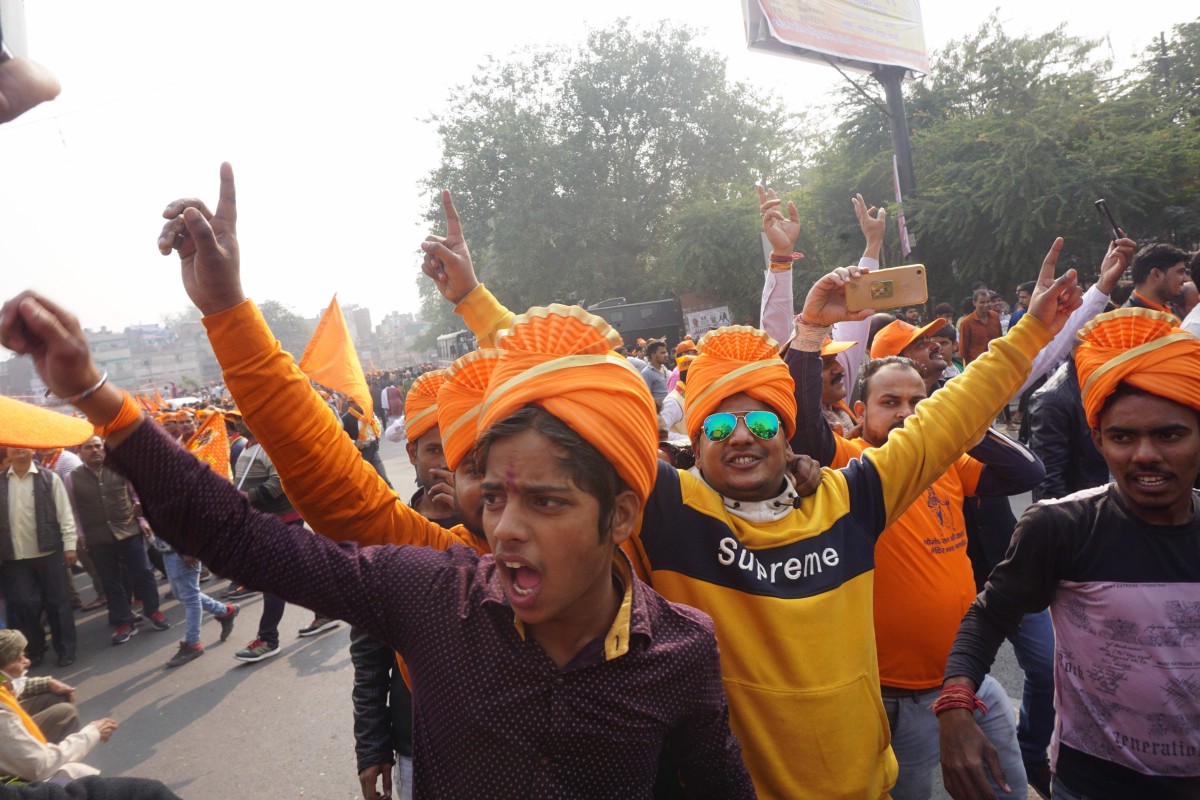