In light of the persisting protests, Hyderabad police had deployed additional security forces in the city on Wednesday. 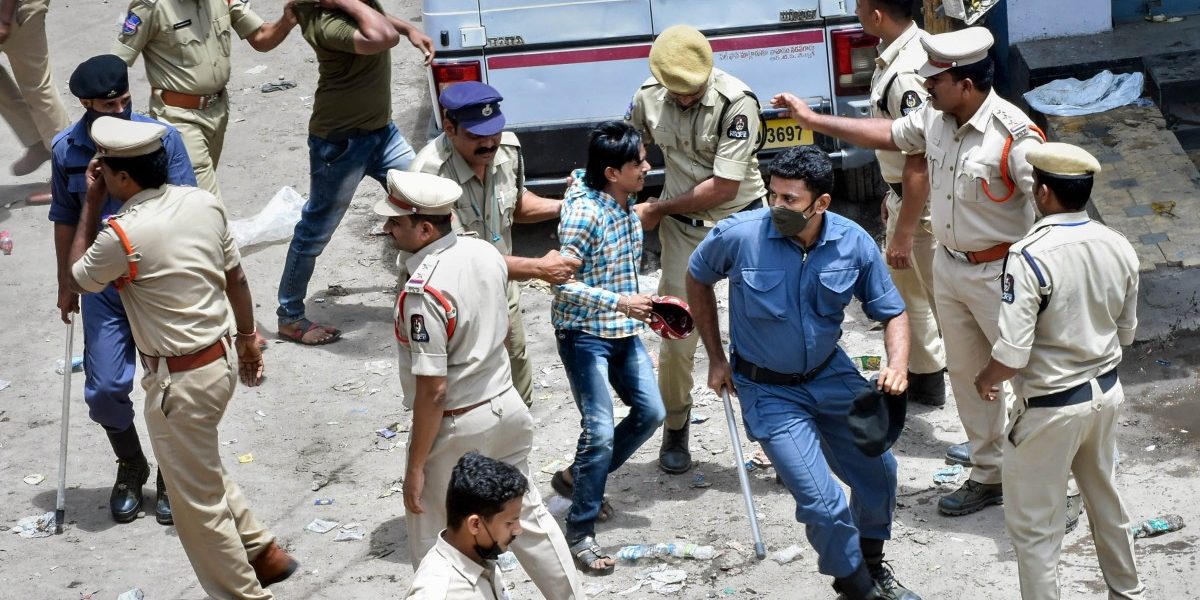 According to a report by NDTV, police baton charged protestors who chanted religious slogans, threw stones and burnt effigies, in order to subdue the crowds.

In certain areas which have been seeing protests in greater numbers, such as the Shalibanda and Old City areas, schools have been closed and in others, petrol pumps and most other shops remain shut, the Saisat Daily reported.

On Monday, Singh had uploaded a 10-minute video to social media in which he made remarks about the Prophet similar to those made by fellow suspended BJP leader Nupur Sharma in May this year which had triggered a major row, causing diplomatic backlash for India from a number of Muslim majority countries.

After Singh’s video was uploaded to social media (which has now been taken down), a case was registered against the BJP leader for promoting enmity between groups on the basis of religion and hurting religious sentiments. Thereafter, Singh was arrested on Tuesday, however, he was released on bail hours later.

Soon after his arrest, Singh was summoned by his party, which suspended him and issued a statement saying that he had expressed views that went against the party’s position on a number of matters.

All India Majlis-e-Ittehadul Muslimeen chief Asaduddin Owaisi, in a tweet, wrote that his party workers have been working to “de-escalate the situation” and release the numerous protestors who were apprehended by the police.

The AIMIM leader also alleged that police “barged into homes” of protestors to arrest them and used “disproportionate force”.

3. This situation is a direct result of Raja Singh’s hate speech. He must be sent to jail at the earliest. I also reiterate my appeal to maintain peace. #Hyderabad is our home, it should not fall prey to communalism

“This situation is a direct result of Raja Singh’s hate speech. He must be sent to jail at the earliest. I also reiterate my appeal to maintain peace. #Hyderabad is our home, it should not fall prey to communalism,” Owaisi wrote in the final tweet in the thread.

In the video, Singh had launched a tirade against comedian Manuwar Faruqui alleging that he had insulted Hindu gods in his comedy act.

He did comedy on my gods and today, without any other option left, I am doing comedy on your mother. This is my anguish,” Singh had said in the video.

Insisting that he didn’t understand what he did wrong, Singh on Tuesday also alluded to a second such video that he planned on releasing.

Protests have raged since Singh’s release on bail across Hyderabad, including parts of the old city, such as the Charminar area. The protests prompted police to step-up security in the city on Wednesday, news agency PTI had reported.

Telangana | Security at Charminar in Hyderabad in wake of massive protest here on August 23, against the suspended BJP leader Raja Singh’s alleged remarks on Prophet Muhammad.

Visuals from the spot this morning. pic.twitter.com/4FebeeFNIO

NCPCR seeks action against those who made children protest

Meanwhile, the National Commission for the Protection of Child Rights has sought for the Hyderabad police to register first information reports against people who made children chant slogans against Singh during the protests.

The Commission cited videos on social media which allegedly showed children chanting slogans for Singh to be hanged and, in a letter to the police, alleged that these children were being used as “political tools” in the protests.

Citing violations under the Juvenile Justice (Care and Protection of Children) Act, 2015, the Commission sought for the police to take suo motu cognisance of the matter and to identify the children based on the social media videos and produce them before a Child Welfare Committee to take their statements, as per the provisions of the Act.