The World Inequality Report 2022 has shed light on starkly growing inequalities in India. But, under the present regime, there has been a subversion of discourse required to address these yawning material and social chasms. 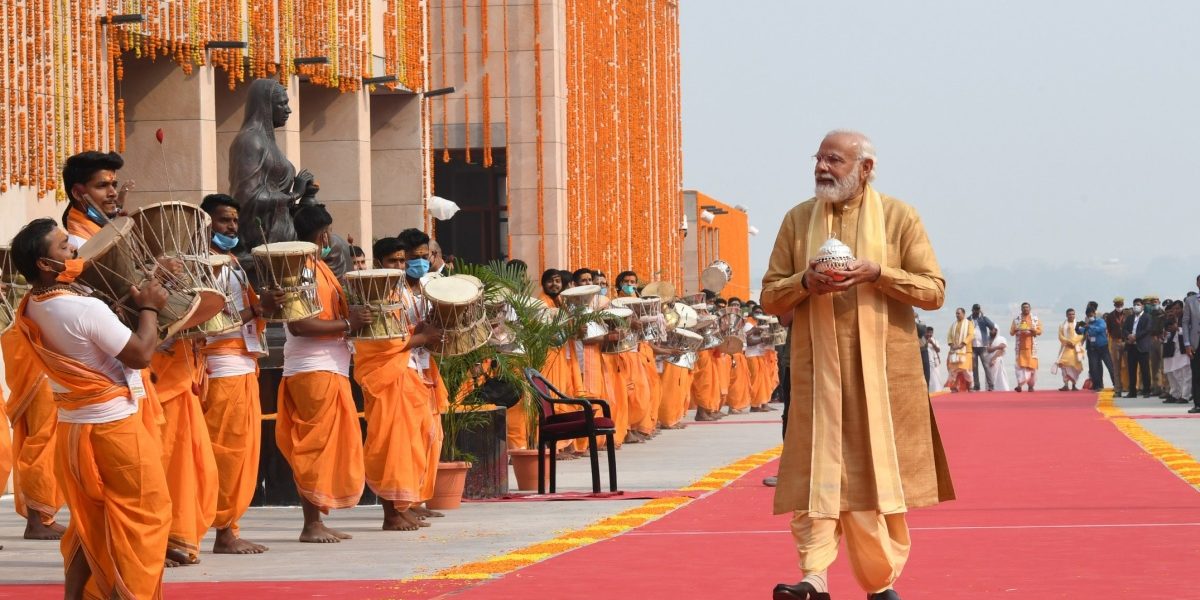 The nation “is imagined as a community, because, regardless of the actual inequality and exploitation that may prevail in each, the nation is always conceived as a deep, horizontal comradeship.”

“From Kashi to Coimbatore, Lord Shiva is everywhere.”

“India is now among the most unequal countries in the world.”

If the scholar Benedict Anderson had famously argued that nations are, with the emergence of European linguistic nationalisms, a new secular, political community supplanting religious communities, the nation in India of the present is posited irrevocably as a religious community.

But what is ironic is that this imagined religious community is riven by drastic inequalities which show no sign of relenting. In fact, the so-called spiritual communion is not only indifferent to the lot of the most marginalised and vulnerable, but it also becomes a mask to hide the temporal and material hierarchy.

The bottom 50% earns only an average annual income of Rs 53,610, whereas the top 10% earns 22 times more than that (one of the highest gaps in the world), according to the recently released World Inequality Report 2022. In the least unequal nations, the gap is merely in the range of six to eight times.

India has never seen such a frontal assault on its secularity. It is perfectly routine for the Prime Minister to preside over daylong religious ceremonies and appear in religious garb, duly telecast by national television. There is nothing odd about the head of a temple being the head of a government and also writing op-eds on the revival of temples and providing spiritual succour to citizens. Add to this the relentless demonisation of the minority religion by the highest political functionaries, and its total exclusion from political representation, fusing the state with (the majority) religion entirely.

Also read: COVID-19 Exacerbated Inequalities – and Even More So in Poor Countries: Report

Here, nation and religion are interchangeable. Akin to exclusivist and fundamentalist religiosity, the most visible emotions mobilised towards this nationalism are anger and resentment. Nationalism becomes a state of frenzy and delirium constantly looking for external and internal enemies, which affronts national honour and policing dissent.

The period of the mourning for General Bipin Rawat, which saw an extraordinary outpouring of nationalist sentiments, became also one in which people faced arrests for allegedly making derogatory remarks, or newspapers faced wrath for naming the General without his honorifics in headlines. But this is in a climate where Hindu nationalist MPs have repeatedly called Nathuram Godse a patriot, without facing any legal consequences.

This is not surprising since militarism and a valourisation of the military are critical components of majoritarian hyper-nationalism. But ironically, this does not spare “its own”. Thus, the grieving daughter of an army officer killed in the chopper crash faced severe online bullying for having political views contrary to that of the ruling majority. Love, dialogue and compassion are alien. It is nationalism by diktat, not unlike the North Korean State’s injunction banning laughter to mark the death anniversary of its former leader.

In a political sphere saturated with religion, people are expected to show bhakti, and become devotees, in the thrall of the deity. Ambedkar had averred a long time ago, bhakti in religion may offer salvation, bhakti in politics is “a sure road to degradation and to eventual dictatorship”. But now, it is not just a personality cult supposedly in the service of building a great nation but the lines between the spiritual deity and temporal deity have blurred, and the nation-state is also offering a religious utopia.

Crucially, the fusing of religion, politics and nationalism, and the resultant thraldom believing in one’s nation as Vishwa Guru consistently obfuscate the most consequential divides in society.

The World Inequality Report, for example, tells us that women’s labour income share in India is an abysmal 18%, just above the region with the lowest share in the world, the Middle East and North Africa (where many countries are governed by religious authoritarian regimes). This indicator is one of the most important determinants of women’s empowerment and status in society.

The “nationalist” is not shocked that the income share of the top 10% during the British colonial rule was around 50%, while it is 57% now, 75 years after the departure of the British! And the top 1% wealth share in India has only gone up during the present Hindu nationalist regime. Its average wealth is Rs 3.24 crore while the bottom 50% owns a mere Rs. 66, 000.

Also read: Why Do the ‘Nationalist’ Poor Speak in Defence of Price Rise?

The religious-nationalist who sees anti-national offence in every act of democratic dissent is not also shocked by millions of excess COVID-19 deaths (beyond the official numbers), caused almost entirely by state failure in ensuring basic health, or India’s worrying ranking in the Global Hunger Index: 101 out 116 (and behind Bangladesh, Nepal and Pakistan). He is not shocked by the fact that India’s billionaires increased their wealth by 35% and the richest Indian earned Rs 90 crore an hour while 24% of the country’s population earned Rs 3,000 per month during the COVID-19 lockdown. 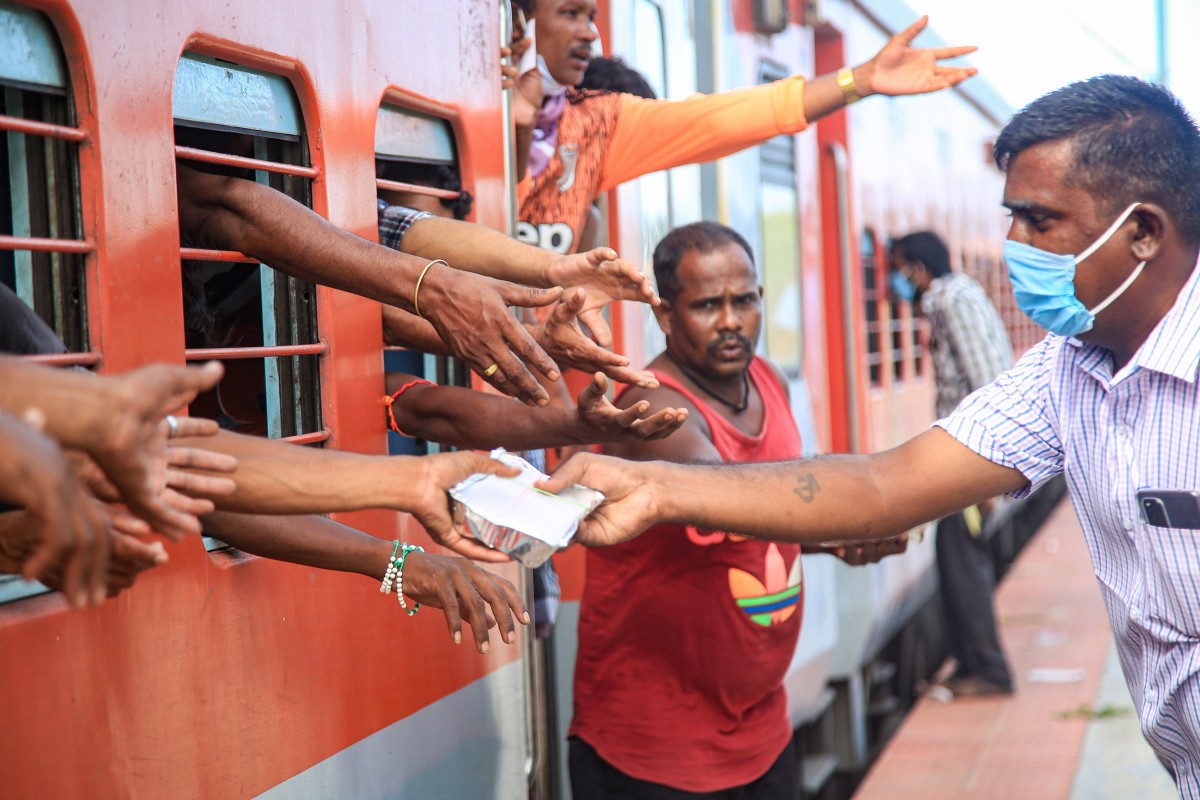 Estimates put the increase in poverty following the pandemic to be in the region of 15-20 crores rendering about half of the country poor. This followed the worst economic collapse since independence, the stage for which was set by the disastrous demonetisation — an economic policy which is a direct outcome of the politics of bhakti in which decisions emanate uncontested from one supreme leader/deity and even the President of India was not informed of them.

But there is radio silence on the part of the “laity” regarding these issues. The reason is that the political vocabulary has fundamentally changed from democracy, rights, equality, deliberation, etc., to duty, sacrifice (seen especially during demonetisation), respect (for authority), obedience, etc.

A Hindu nationalism with the idea of samajik samrasta (social harmony) cannot talk about the annihilation of caste, and, in fact, is now linked to the return of upper-caste domination following a period of lower-caste political assertion which challenged even the equality claims of the previous “secular” nationalism. This is especially critical because class inequalities are inherently shaped by caste. Dalits, Most Backward Castes, and Adivasis face staggering levels of dispossession and the brunt of economic downturns. In another study (between 2015-17), 22% Hindu upper castes owned 41% of total assets, while 24% of Hindu Dalits and Adivasis owned only 11%.

Inequality is not a peculiar Indian problem, but a global one. And there are countries (e.g., Chile, Brazil, South Africa) which have worse inequalities than India. Inequality also did not originate under the present government. India, after achieving the lowest inequality in income share around 1980, began to see galloping inequality after the opening of markets in 1991 along with rising growth rates, as the Report notes.

But what is radically different under a toxic Hindu nationalism, especially when it fuses with the deification of its leader, is a debilitating subversion of the language needed to counter the yawning material and social chasms. The only economic language it is capable of is a benevolent king dispensing gifts, of the barest minimum kind, to his grateful subjects, without touching a highly inegalitarian economic structure.

The contrast with iniquitous nations like Chile and Brazil, where sustained political contestation of the socio-economic hierarchy is taking place, could not be starker. The Inequality Report shows various examples of where economic growth is possible without reducing large sections of the nation to a deplorable precarity.

India in the last eight years demonstrates the hollowness of the moral claims of Hindu nationalism, and its supposed superiority over other nationalisms. The Report exposes another peculiar problem that emerges out of elevating politics from a worldly affair to a divine enterprise: the gods cannot be seen to fail.

Thus, as with the wide swathes of socio-economic life about which the regime has declared that there is “no data”: from dead farmers, household consumption expenditure, to COVID-19 deaths from lack of oxygen, the Report points out that “Over the past three years, the quality of inequality data released by the government has seriously deteriorated, making it particularly difficult to assess recent inequality changes.”

The present conjuncture presents an urgent imperative, of the need to reimagine the nation. It presents deep moral and political questions: about the dangers of yoking religion to a nation-state and about the inability of religious nationalism to conceive of equal citizenship and democracy.