While the Hindu mob alleged that the church was carrying out religious conversions, no such complaint has been received by the police. 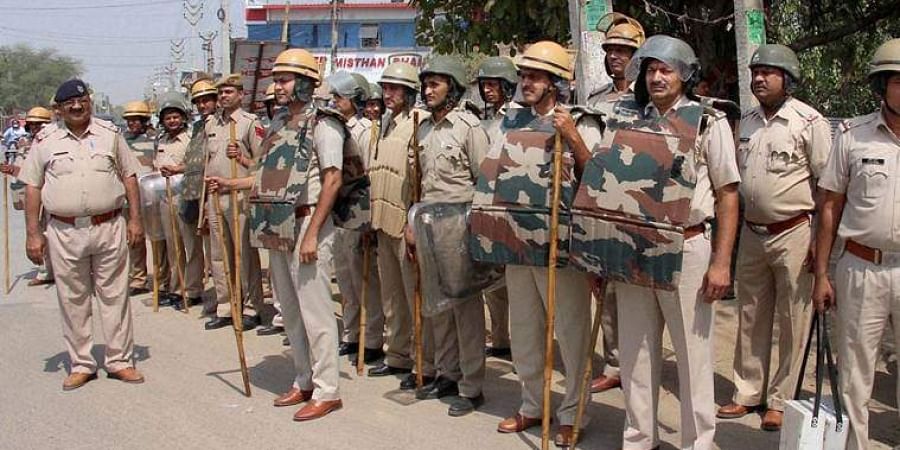 New Delhi: Members of right-wings groups in Rohtak, Haryana reportedly tried to force their way into a church on Thursday and had to be stopped by the police. According to NDTV, while the Hindu mob alleged that the church was carrying out religious conversions, no such complaint has been received by the police.

“People come here out of devotion, just like any other place of worship… We never forced anyone to come here,” the church’s associate pastor said. Even before the mob gathered, he said, the police had visited the church and let them know that there might be a demonstration.

Haryana is currently planning an anti-conversion law, similar to the contentious such laws passed in other Bharatiya Janata Party-ruled states like Uttar Pradesh. It has been alleged that such laws are being used to target minority communities.

“We received a complaint that something like this might be happening,” NDTV quoted Captain Manoj Kumar, deputy commissioner of Rohtak police, as saying. Kumar added that no complaints on forced conversion in the church had been received.

Watch: Why Are Christians Increasingly The Target?

In the last few weeks, churches in several parts of the country have been attacked by Hindu right mobs, using unproven allegations of forced conversion. In October, a church in Roorkee was vandalised and those praying attacked. In late November, a new church in Dwarka faced a similar fate. Allegations of ‘forced conversion’ also led to an attack on a missionary school in Madhya Pradesh earlier this week.

In all of these case, the churches and school have denied the allegations of conversion, and police too has found no evidence of forced conversion.