Love, Faith and Consent in a Hindu Rashtra

The Uttar Pradesh ordinance couples marriage and conversion, love and faith – and, simultaneously, detaches both from freedom of conscience, thought and self-determination. 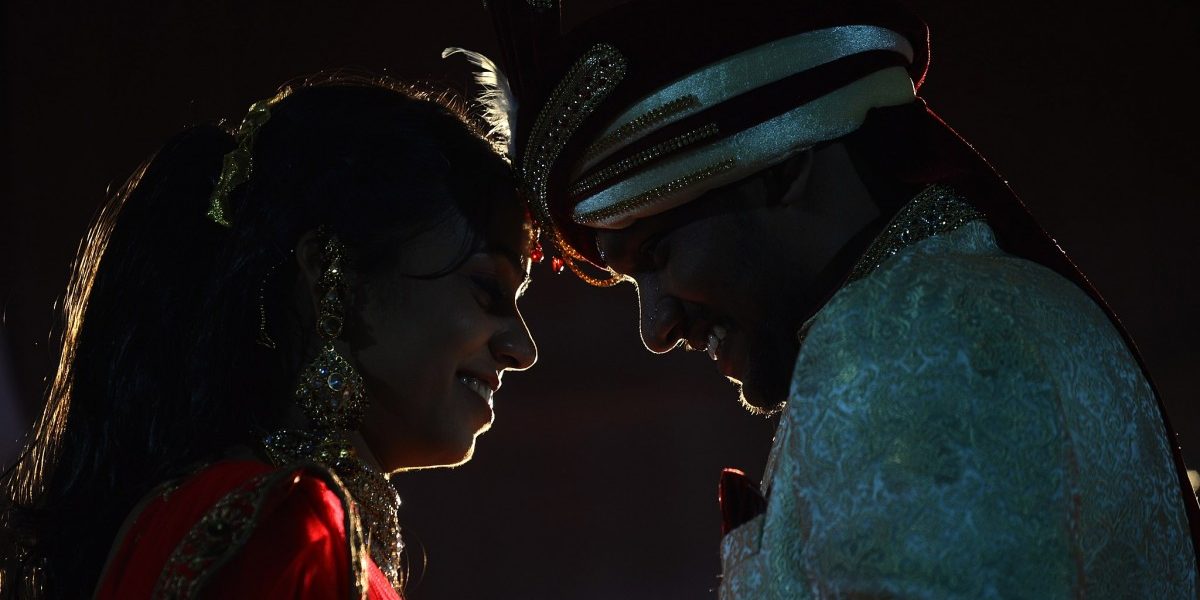 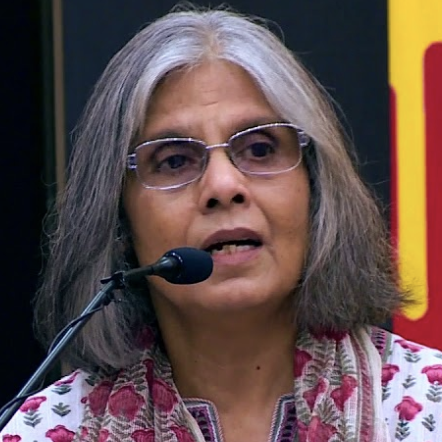 In the last few days, three excellent articles in the Indian Express (by Christophe Jaffrelot, Apurva Vishwanath and Abhinav Chandrachud) have clarified the provisions of the Uttar Pradesh Prohibition of Unlawful Conversion of Religion Ordinance, 2020. I will try to consolidate their larger implications.

No doubt the ordinance will attain a permanent legal shape in all Bharatiya Janata Party-ruled states sooner or later: Madhya Pradesh and Karnataka are already keen to emulate it. There is a very real possibility that it may become the national template for regulating and punishing inter-faith marriages and conversions in the near future. It may also be seen as an anticipation of parts of the Uniform Civil Code that the BJP has long promised – the only pledge it is yet to redeem. Feminists across the board should be asking them to submit their blueprint for the Code in the public domain for debates and discussions. Otherwise, they would be staring at an irreversible fact of life soon.

Those who pray together…

The hallmark of the ordinance is that it draws two most intimate and meaningful parts of human life together: love and faith. It brings both under the purview of a state that now takes full charge of who can love and marry whom and who can hold which faith. Or rather, it decides who cannot do what. The ordinance prohibits and punishes, it closes doors and segregates religious communities as if they are different species.

The ordinance outlaws conversions supposedly based on fraud, coercion and what it strangely calls  “allurement”. The potential convert must apply to the magistrate for permission to convert  and the magistrate – not the person whose faith is at stake – will take the final call on it. The person who is accused of making unlawful conversions will need to prove that he is not guilty of fraud, etc. Once again, the would-be convert’s own religious preference will not possess legal validity.

If the magistrate decides that the conversion is unlawful, then the offence becomes non-cognisable and non-bailable, condemning the offender to arrest without warrant and years in prison. If the potential convert is a minor, or from the SC/ST communities, then the sentence is significantly enhanced. The right to worship and adore God in a form of one’s own choosing ceases to exist. The state regulates religious choice.

If a person wants to convert in order to marry outside her community, then it will not be her words or consent that will matter but those of her parents’. Her desire to convert would not count as a genuine religious choice but as one insidiously imposed on her by seductive ‘love jihadists’ from another community. Civil marriages have so far been exempted from the scope of the ordinance, but the prolonged two months’ notice that the couple is obliged to wait out before they can register their marriage at court already provides ample scope for obstructive parents to drag their daughter back, and allege coercion, abduction or enticement on the part of her lover from another community.

The ordinance prohibits marriages which involve conversion. But far-Right organisations have long designated inter-faith marriages, with or without conversion, as ‘love jihad’. That BJP-ruled states are calling the ordinance a long-awaited blow against so-called love jihad makes it clear that all such marriages will be put under the most rigorous scanner.

The logic of anti-love jihad vigilantism has now received the stamp of official sanction. The state has formally endorsed the view that inter-faith love marriages are a political conspiracy, organised by minority communities to convert Hindu women and, thereby, depopulate the majority community and enlarge their own until they have reduced Hindu numbers to nothing. And so does conversion to non-Hindu Indian faiths.

The real beauty of the ordinance lies in the way it entirely exonerates Hindus from all charges of fraud, allurement or intimidation when they convert people from another community. For in the case of shifting from another faith to Hinduism, conversion ceases to be conversion. It will be defined as “homecoming” or ghar wapsi  – returning to one’s authentic roots, one’s true faith. Conversion in this case is bathed in an ambience of warmth and self recovery. It becomes, by definition, innocent of malfeasance which strongly adheres to all other kinds of conversion.

One stone, many birds

The Sangh parivar shows real genius in the way it kills several birds with one stone. The ordinance couples marriage and conversion, love and faith – and, simultaneously, detaches both from freedom of conscience, thought and self-determination. But it goes much further than this. Because its consequences are not explicitly spelt out, we cannot clearly see their far-reaching implications, nor gauge how carefully the ground has already been prepared for them. We cannot anticipate the directions in which they will move.

In the first place, the ordinance radically violates Article 25 of the constitution which allows for the profession, practice and propagation of faith according to one’s conscience. Coming in the wake of annulling Article 370 for Kashmir, this is yet another major blow against the constitution which critically weakens its foundations. Since the diminution of constitutional provisions is happening piecemeal, we find it difficult to pull together the sundry moves to see what they add up to. Bit by bit, without much fuss, the constitution is becoming irrelevant.

Second, by shifting the burden of proof onto the accused, it overturns a fundamental legal norm and principle – that one is deemed innocent until proved guilty. By exempting Hinduism from the scope of the ordinance, moreover, it militates against yet another basic legal morality – that of equality before law. In that sense, citizenship is once again communalised and made unequal, just as the Citizenship (Amendment) Act did, by rendering certain kinds of citizenship entitlements conditional upon religious affiliation for the first time in our history.

In an even broader sense, the ordinance negates the adult will and informed consent of the marriage partner or the would-be convert. In their place, it installs parental and community control – already confirmed by a very high age of consent and the two months’ notice period before courts for a civil marriage. Adults are now placed firmly under their guardians’ authority in their own crucial life decisions. They lose the right to think for themselves in these domains. As I have argued elsewhere, this enables the continuous production of docile citizens who learn to follow orders and not to think against the social grain, or to trust their own judgment.

The ordinance brackets Dalits/Adivasis with minors. Their conversion will now fetch a more stringent sentence. It infantilises them by classifying them as equivalents of minors – people incapable of knowing their own minds.

By classifying conversion to Hinduism as a return to one’s original faith, the ordinance makes Hinduism the single authentic faith for all Indians. In the same stroke, all other Indian religions get branded as products of force, fraud, coercion or seduction, in the present or in the past – hence illegitimate and deserving of annulment and punishment.

Such ideas have deep and strong roots in longstanding social conventions. Arranged matches, even when they are non-consensual, are still the order of the day and many parents object when their children choose to marry without their consent, even if it is within the same caste and community. That convention, too, is anchored in the principle of endogamy – people from another caste or faith are definitionally mlechha or untouchable, while inter- caste marriage leads to varna sankara or miscegenation: a social offence that demolishes family and lineage honour and caste status. There can be no open explicit condemnation of inter-caste marriage as yet since the rhetoric is one of Hindu unity and sameness. But in practice, such marriages are punished as brutally as inter- community ones by community guardians.

We saw how deep-seated such convictions are in the case of Hadiya’s marriage and conversion. Hadiya, indubitably an adult girl with a strong will and mind of her own, had converted and then married a Muslim in 2016. When her parents approached the court, alleging coercion, even the progressive state of Kerala agreed with them and sent Hadiya to her parents, away from her husband. After a prolonged wrangle, even while Hadiya  firmly declared her decision to convert and marry a Muslim, the couple could be reunited only after the National Investigative Agency declared the marriage to be valid. We may not expect the Agency to repeat this elsewhere.

There is a historical precedent that comes to mind if we try to assess the possible trajectory of such changes: the Nuremberg Laws that Germany had enacted in 1935. They had two main provisions. One was the Law for the Protection of German Blood and Honour which prohibited love and marriage between Jews and “pure” blooded Germans. To prevent extra-marital relationships, no Jewish women under 45 was allowed to work in a German household. The second was the Reich Citizenship Law, which restricted citizenship to people of German blood alone. Non-German minorities were designated as non-citizens, with no rights or claims in the Reich. In the case of Indian marriage and citizenship, the distinction is not racial or blood-based but a religious one. The direction, however, is rather similar.

Such selective denial of free will and agency is strangely inverted in the case of Indian farmers. The government  claims that its new farm laws have released farmers from controls of the government and middlemen, and have allowed them to access the market on their own terms and according to their free will. In reality, however, it leaves them stranded under the machinations of gigantic corporate wholesalers and retailers, whose operations are opaque and completely beyond the farmers’ control. In this case, extreme vulnerability gets translated as total freedom. Indeed, the BJP possesses an exceptional semantic ability to turn around meanings.

But none of this should come as a surprise. The Sangh parivar has always been perfectly open and honest about its intentions. Its agenda for realising a Hindu rashtra in India is almost 100 years’ old and, from 2014, Modi’s electoral campaigns had promised economic “reforms”. They have, indeed, been true to their pledge of constructing the Ram temple on the site of a demolished mosque, of reading down Article 370, of ensuring cow protection at the cost of minority lives. We need to reflect on whether opposition parties have been similarly faithful to their proclaimed agenda.

Tanika Sarkar is a historian who retired as professor, Centre for Historical Studies, Jawaharlal Nehru University.