Haryana BJP Spokesperson Makes Yet Another Communal Speech at Mahapanchayat

Suraj Pal Amu said people shouldn't give houses on rent to Muslims in the area and referred to all Muslims as Pakistanis. 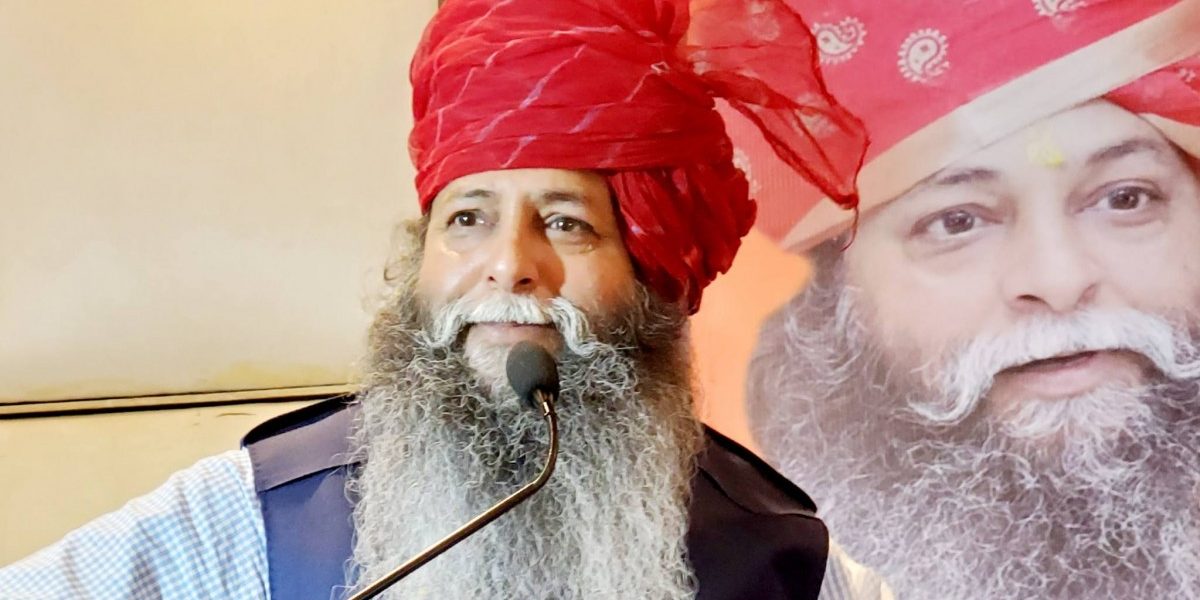 Speaking at an event that was reportedly organised to discuss religious conversion, ‘love jihad’ and need for a population control law, Amu, as per the Indian Express, targeted the Pataudi family by saying: “They say (there is) love jihad in Pataudi, those who gave birth to Taimur are also from Pataudi… Thakur sahib is sitting here, when the Nawab of Pataudi died, he was the one who tied the turban… while we know how to give respect, we want to request Taimur’s mother also, enough. This love jihad has been happening from the time of Sharmila Tagore, the seed was sown in Pataudi itself, people of Pataudi, only you will cut it. Stop welcoming them.”

Indian Express has reported that in the same mahapanchayat, the minor boy who shot at anti-Citizenship Amendment Act protesters at Jamia Millia Islamia University in New Delhi last year, reportedly encouraged the crowd to abduct Muslim women, and said that Muslims, when attacked will shout, “Ram, Ram.”

He also reportedly said that if he can “go to Jamia in support of CAA”, “Pataudi is not very far”.

Amu, too, incited the area residents against Muslims by repeatedly referring to the community through the use of the term ‘Pakistani’ and said: “Agar Bharat hamaari maata hai, toh Pakistan ke hum baap hain, aur ye Pakistani… ko hum yahan ke gharon mein kiraye par makan nahin denge… In…ko is desh se nikaalo, yeh prastaav paas karo (If India is our mother, then we are the father of Pakistan, and we will not give houses here on rent to the Pakistanis… Remove them from this country, pass this proposal).”

Amu also urged the residents of Pataudi to now allow members of the minority community to settle in the area. “During 1947, the country was divided, we saw the bodies of 10 lakh people… there is no tally of those bodies till today. And we are giving them houses and shops, and it has been found in Pataudi their parks have started being built. Uproot the stone of the park… which youth are ready to uproot the stone?” he was quoted as saying.

Also read: For Hindus to Defend Criminals Just Because They Are Hindu is unHindu. And Plain Wrong.

Though he did not name the Muslim community by name, it became evident from Amu’s remarks that his tirade was directed them when he said: “I was remembering Suraj Pal Singh from Ujjina, who did not allow a masjid to be built inside his village. A youth was telling me, in Bhodakalan a masjid is being built again and again, they stop it, then it is built again… finish it from the foundation.”

Though a senior BJP leader from Haryana was cited in the report as saying that “these were his (Amu’s) personal comments; the party has nothing to do with it,” it is not the first time that the party spokesperson has used such language of hate.

Earlier in 2017, at the time of the release of Hindi movie Padmaavat, he had announced a reward of Rs 10 crore for anyone who would behead actress Deepika Padukone and director Sanjay Leela Bhansali as he did not agree with the portrayal of queen Padmavati in the movie.

As The Wire has reported, there have been a spate of such communal mahapanchayats in Haryana recently – many in support of those accused of lynching Asif Khan. Amu has attended several of these events and made multiple hateful speeches that he posts on his Facebook page.

Note: This article has been updated with the news that the Jamia shooter reportedly attended and spoke at the same mahapanchayat.