Zakia's petition sought that Narendra Modi and 61 others be named as accused for being part of a conspiracy that facilitated the Gujarat riots. 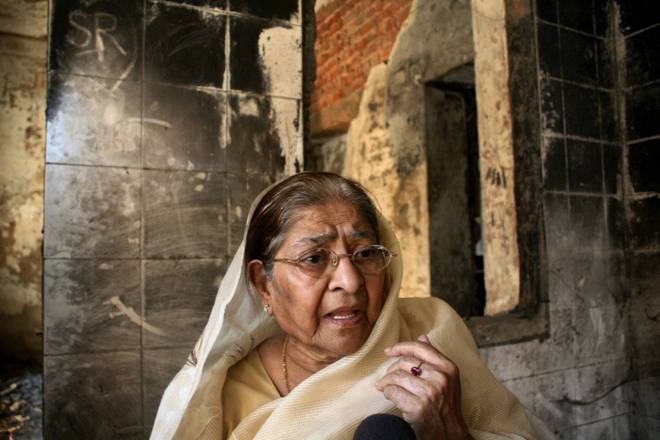 Zakia’s petition sought that Narendra Modi and 61 others be named as accused for being part of a conspiracy that facilitated the Gujarat riots.

New Delhi: In what appears to be a silver lining in an otherwise adverse judgment for Zakia Jafri, the wife of Congress politician Ehsan Jafri who was killed by a mob in the Gulberg Society massacre in Ahmedabad during the 2002 anti-Muslim riots, the Gujarat high court on Thursday allowed her to move the courts to request a fresh investigation into the alleged criminal role of the then chief minister Narendra Modi and 61 others.

Zakia had moved the high court in 2014 against the closure report filed by the Supreme Court-appointed special investigative team (SIT). Zakia had also alleged in her petition that the 2002 riots were part of a larger conspiracy involving Modi and others.

The closure report – submitted by the SIT in 2012 at a trial court hearing Zakia’s pleas – had stated that the SIT could not find any “prosecutable” evidence against the accused persons, as a result of which it could not press any charges against Modi and others.

Protesting this, Zakia had appealed to the metropolitan magistrate’s court demanding a fresh probe, but her appeal was dismissed in 2013. The magistrate, B.G. Ganatra, had ruled that since the SIT was monitored by the Supreme Court, he did not have the power to order a fresh investigation.

This had forced Zakia to file her petition at the high court, which started final hearings in the case in 2015. On Thursday, the high court upheld the validity of the closure report and dismissed Jafri’s allegation.

However, the high court allowed Zakia to demand a fresh investigation in the case – as sought by her in the petition – and overturned the trial court’s observations, which had ruled out another probe as it thought the SIT was monitored by the Supreme Court.

“The trial court has self-limited itself in saying that further investigation, in this case, can’t be ordered. This order of [the] lower court deserves interference. So, the petitioner can raise the issue before the concerned court that is the same magisterial court, the division bench of the high court or the Supreme Court,” Justice Sonia Gokani told the Indian Express.

Effectively, the high court judgment has created an opening for Zakia to seek redressal at a lower court instead of the Supreme Court, which would have been her last stop for appeal. 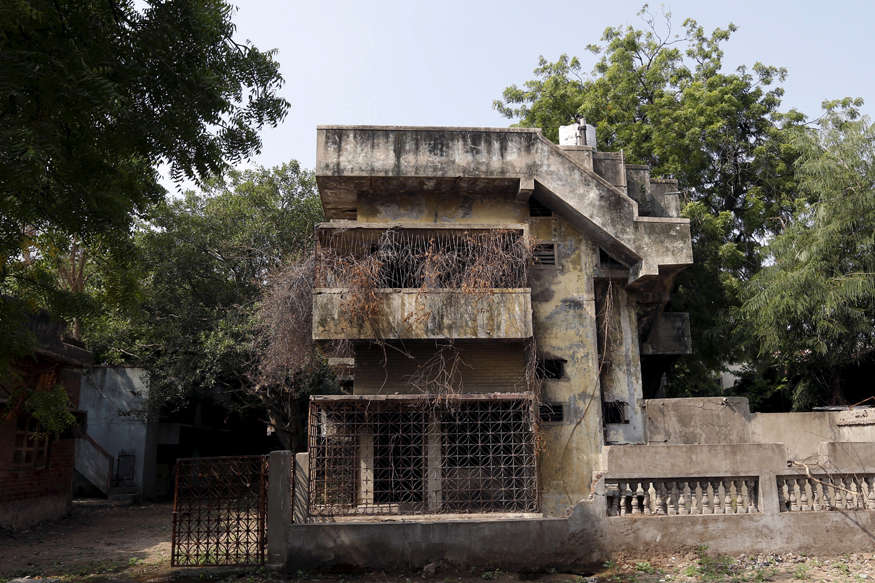 The ancestral home of Ehsan Jafri who was hacked to death by a mob in Gulberg massacre. Credit: Reuters

Speaking to The Wire, activist Teesta Setalvad of Citizens for Justice and Peace, which is also co-petitioner in the case, said, “The high court has partly allowed the criminal revision application filed by Zakia Jafri challenging magistrate B.G. Ganatra’s order of December 26, 2013, which had refused further investigation. Justice Sonia Gokhani also made it clear that the lower court was wrong in holding that the magistrate had no power under law to order further investigation.”

Ehsan Jafri was one of the 69 people killed in the massacre, which lasted for more than six hours. It was alleged by Zakia that despite repeated calls to the police by the former parliamentarian, the security forces did not turn up to control the rioting. People were dragged out, hacked and burnt to death in one of the worst massacres that followed.

Ever since the SIT had filed its closure report exonerating Modi and other important Hindutva leaders of the charge of inciting mobs against Muslims, many critics have pointed out glaring loopholes in the report and have compared it with the 2010 SIT report to the Supreme Court, which had very incriminating words to say about the role of Modi. In this context, the contrasting conclusions drawn by the SIT in both its reports have attracted severe criticism from lawyers, civil society activists and opposition parties. While the BJP has interpreted the SIT closure report as a “clean chit” to Modi, others have pointed fingers at the SIT for having sharply deviated from its earlier position as reflected in its 2010 report.

After a wait of 14 long years, in 2016, a special court convicted 24 of the 66 accused in the Gulberg society case, but 36 people were let off, including two of the main accused – BJP corporator Bipin Patel and K.G. Erda, who was then a deputy superintendent of police in the area. The SIT’s allegedly lackadaisical investigation was seen as the primary reason for the poor rate of conviction in the case by many.

In a 2016 interview with The Wire, Manoj Mitta, senior journalist and author of the book The Fiction of Fact Finding: Modi and Godhra, too, had some damning things to say about the SIT.

“…the closure report filed by the SIT on Zakia’s complaint is riddled with internal contradictions which undermine the credibility of its so-called clean chit to Modi. Take the one related to Gulberg society. On the one hand, the SIT patted Modi for holding a series of meetings with officers from the police and home departments to track the violence as it unfolded on February 28, 2002, the day after the Godhra incident. But, on the other hand, the SIT allowed Modi to get away with the claim that he had been unaware of the Gulberg society violence, the first post-Godhra massacre, until about five hours after it had been carried out. Though its investigation is supposed to have been monitored by the Supreme Court, the SIT exonerated Modi without any pretence of questioning him on the ignorance feigned by him in a bid to save face.”

“The clean chit that came in 2012 bore no trace, for instance, of the criticism made by (R.K.) Raghavan (SIT chief) two years earlier before the Supreme Court of Modi’s disparaging statement against Muslims in the wake of the Godhra incident. Modi’s statement accusing some elements in Godhra and the neighbourhood as possessing a criminal tendency was sweeping and offensive, coming as it did from a chief minister, that too at a critical time when Hindu-Muslim tempers were running high. Without any explanation, such damning observations were excised from the SIT’s final report, paving the way for Modi’s ascendance on the national stage.”

It is in this context that Zakia’s petition was being keenly-watched by both the supporters and critics of Modi. With the high court ruling against Zakia’s petition against the closure report but also allowing her to file an appeal for a fresh probe, the legal battle is still far from over.