Ganesh Miskin has confessed to the SIT that he was one of the persons who knocked on M.M. Kalburgi's door to assassinate him. 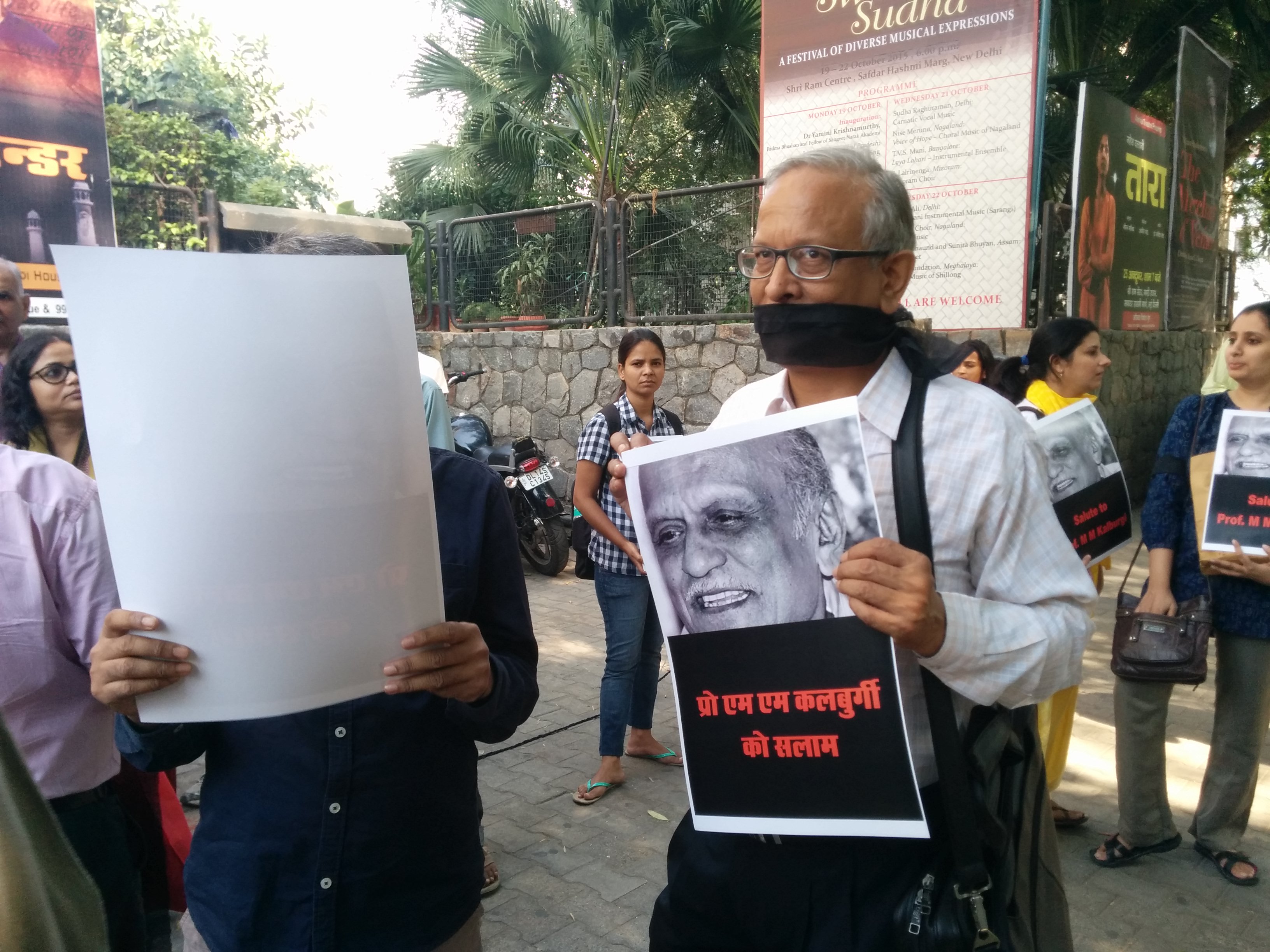 Artists protest outside the Sahitya Akademi in New Delhi at the murder of the writer M.M. Kalburgi. Image: Kedar Nagarajan/Files

New Delhi: Confirming speculation that the same group of people were behind the assassinations of rationalists and anti-Hindutva writers, one of the suspects arrested in the killing of journalist Gauri Lankesh has confessed to the SIT that he was also involved in the murder of professor M.M. Kalburgi. According to Bangalore Mirror, Ganesh Miskin, who was arrested for ferrying suspected Lankesh shooter Parashuram Waghmare to her home, confessed he was one of the people who arrived at Kalburgi’s home and knocked on the door to shoot him dead.

A Special Investigation Team (SIT) is probing Lankesh’s murder, while the CID is investigating the killing of Kalburgi. The SIT had already established that the same gun was used for both the assassinations. Kalburgi was shot dead at his residence on August 30, 2015, while Lankesh was also killed at her doorstep on September 5, 2017.

According to Bangalore Mirror, the SIT probe has found that the mastermind behind Lankesh’s killing, Amol Kale, was also one of the key players in the killing of Kalburgi. Earlier this week, a formal report was forwarded by the SIT to the CID on the link between the two murders and also the statements of Miskin and three others. While Miskin has confessed to his presence at the Kalburgi crime scene, he claimed he was not the shooter.

A report in the Hindu quoted CID officials as saying, “Statements by any suspects before the police were of little value and they had to be corroborated with material and technical evidence to be able to pin them down.”

Of the 12 suspects arrested in the Lankesh killing, several belong to extremist groups Hindu Janajagruti Samithi (HJS) or Sanatan Sanstha. Members of these two organisations have also been accused in the murders of communist Govind Pansare and rationalist Narendra Dabholkar, in addition to Lankesh and Kalburgi. Miskin’s confession seems to have further corroborated these links. According to The News Minute, Miskin told investigators that mastermind Kale and Amit Degwekar, the latter of whom was living in a HJS ashram in Goa, were also involved in murders which were carried out in Maharashtra. Probing these links, the SIT is expected to soon arrest three more members in Maharashtra.