Gau Wapsi: A Muslim Cattle Trader and the Cows He Loved

The attack that killed Pehlu Khan and injured other Muslim cattle traders has left a community angry, helpless and wanting to give up the trade. 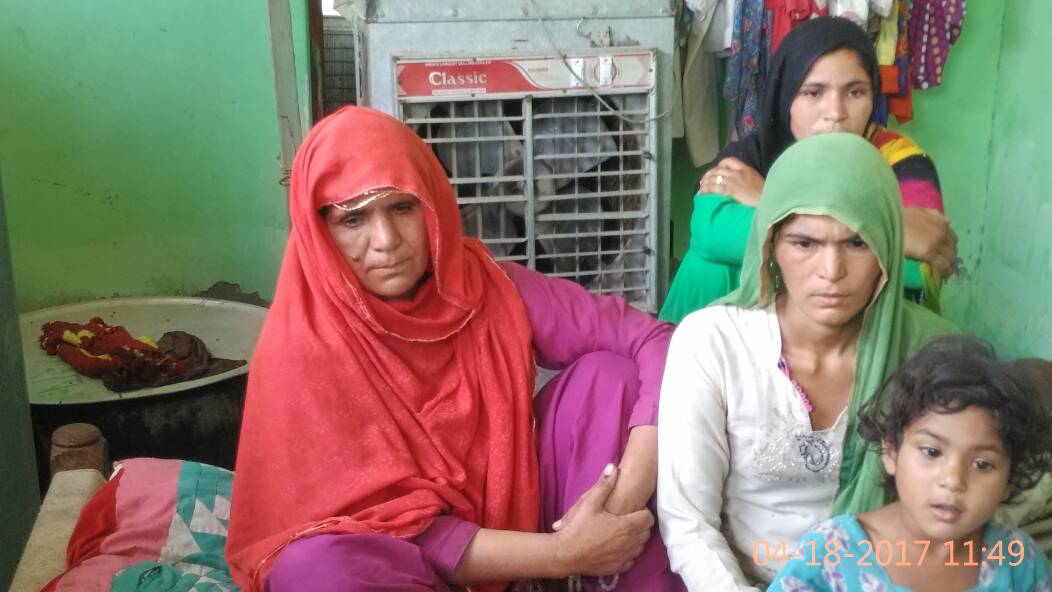 Jaisingpur, Haryana: Anguri Begum is blind. It spared her the pain of watching the video of Pehlu Khan, her only son, being lynched to death. But her heart knows and her unseeing eyes won’t stop their weeping. I watch helplessly; suddenly her slumped sparrow-like body begins to shudder, as if a fresh tremor has just struck its core. Women who gather around her say she is like this all the time now.

It is hard to write about the pain of other people. You feel like a voyeur, but you also bear witness to injustice. So I labour on. Khan’s wife, Zaibuna sits unmoving on a nearby charpai. She looks up as we enter the inner verandah where the women of the house gather. But she doesn’t see. What hits you is the aura of private hell that seems to envelop her entire body. I touch her arm gently, one human being to another. The spell breaks. It’s like she sees me for the first time. “Tadpa tadpa kar maara (They tortured him to death),” the wail bursts from her body. She covers her face with her dupatta. I put my arms around her and hold her sobs for as long as I can.

Khan’s eldest daughter, Abida, tells me her mother saw the video but not the entire sordid thing. She couldn’t because she broke down too soon. I mutter empty solace to Zaibuna. “Himmat rakhiye, Ammi (Be brave),” I say. “Aise waqt par taaqat chahiye (At times like this we need strength).” Abida turns to me, her face hardened by pain, mouth trembling with vulnerability – “Insaaf chahiye, phansi chahiye (We need justice, we want the noose),” she says.

We have all known death. The loss of a loved one. The pain. That sense of an unfillable void. But this feels different. This death is of an innocent. A death of hate. You can see it in Jaisingpur, on the faces of all the villagers who gather in a protective flock, as if guarding Khan’s defenceless family. It’s a look I have seen before. In Gujarat and in Muzaffarnagar. It is the look of being victims of a hate crime. A crime that can never settle in the human soul – to be brutalised simply for who you are. For that is something you can neither change nor ever accept. What did I do? I simply was.

Khan’s village, Jaisingpur, is in Nuh district, part of Haryana. The lynching that killed him and injured others took place in Behror, in Rajasthan, where the legal process will unfold. We have here the luxury of not just one but two state governments, with a chance to fulfil their duties to a wronged citizen – but so far there is no sign of life from either. No one from the ruling party has visited. Who should these families turn to for justice? I look questioningly at Irshad, the older of the two brothers, who was driving one of the transport vehicles when they were attacked. He looks blank, bewildered at having nowhere to turn, few reservoirs of fight left, little anger. Perhaps it is too early. Anger takes a boil. For now, the pressing demand is of daily grief and survival. 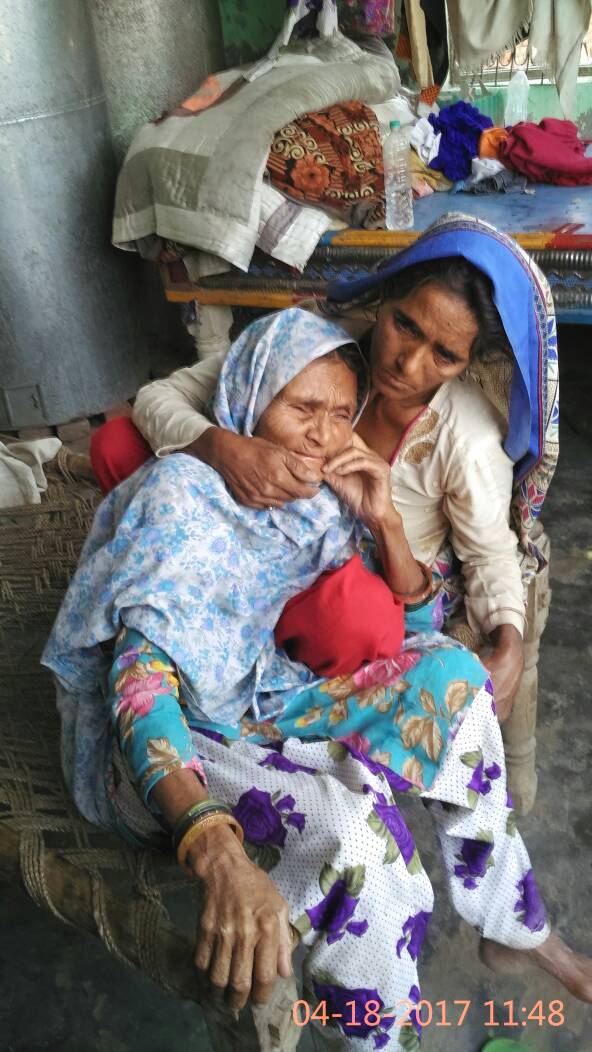 The family is poor by any standards. Khan was the primary wage earner. At best he brought home Rs 8,000-12,000 a month to feed an aged mother, a wife, four sons, two of whom are married, and two unmarried daughters. He managed by selling vegetables on occasion, doing share cropping at other times. And on this blighted occasion, he was one of only five-ten people in the village who regularly travelled to the Jaipur fair, to buy cattle at modest prices and sell them locally, earning a few thousand each time as premium. At 55, Pehlu wanted his sons to learn the cattle trade, so Irshad (24) and Arif (19) had accompanied him, along with two others from the village – Rafiq and Azmat.

This time there was an additional lure for all of them – the coming month of Ramzan, for which they wanted good animals capable of giving milk and providing curd, so essential for the pre-dawn Sehri ritual. Buffaloes were steep, so all of them settled for cows. Pehlu and his sons bought two milch cows, with newly-birthed calves. “Barah, barah din ki biyahi thi (They calved just 12 days ago),” Arif tells us. “Biyahi” (married) is the term they use for a cow that has just given birth. These cows would give good milk during Ramzan and they were affordable. The cost for the pair was a princely Rs 45,000. This was money taken on loan, as always, from an adjoining Thakur village at a neighbourly 5-6% interest.

Azmat, the other young cattle trader from Jaisingpur, bought three cows with calves for Rs 75,000. Now, Azmat lies unmoving with an injured spine on a charpai in the verandah of his house, just a short distance away from Khan’s home. The pain is visible on his thin face. “Bas char-paanch din ki biyahi thi hamari gai. 10-15 litre doodh dene wali (Our cows had calved just 4-5 days ago. They would have given 10-15 litres of milk),” says Nafisa, his wife, holding their infant daughter Khushnuma in her arms. The baby, true to her name, smiles sleepily, unaware of the grimness of our conversation. Azmat’s mother Zahira shakes her head in disbelief at what has befallen them. This was the first time Azmat, a small sharecropper, had ventured to the Jaipur cattle fair. But things went so horribly wrong. “Ab koi nahin jayega, kabhi nahin (Now no one will go, never),” she says.

Between Khan and Azmat, cattle worth Rs 1.2 lakh is gone, as is the Rs 45,000 in spare cash they were carrying. A total of five cows and five calves were ‘seized’ by the police, like contraband, without a receipt or any formal acknowledgement. Placed in a gaushala, no one has any hope of their recovery. Besides, given the state of the gaushalas, these healthy cows are likely to be dry and half dead soon, according to the villagers. That pains them. The women of Khan’s family tell me, “We love our animals, like our own children. We bathe our cows like babies. We feed them. They give us milk and curd.” Outside, in the gathering of men, we hear similar voices, but angrier and louder – “Yeh jo gau raksha ki baat karte hain, gai ki poonch bhi saaf nahin karni aati unhein. Hamein sikhate hain? Hum par gau hathya ka case kartein hain? (These people who talk of cow protection, don’t even know how to clean the tail of a cow. They teach us? File cases against us of cow slaughter?)”

The gau rakshaks are ‘self-styled vigilantes’ and there are legal provisions to deal with them. The question is what we do with a vigilante state, that is outsourcing its street politics to these groups? The political message they together send is what makes the families of Jaisingpur despair. Not only are Muslim cattle traders to be beaten and killed, they must also bear the moral blame for their own death. The farce enacted by the Rajasthan police leaves one speechless. The first legal salvo in this vile episode is not a FIR for the violence unleashed upon Khan and his fellow travellers, instead it is an FIR against Khan, Arif and Irshad under the Rajasthan Bovine Animal (Prohibition of Slaughter and Regulation of Temporary Migration or Export) Act, 1995. This was lodged on April 2 at 2:42 pm, despite zero evidence that they were cow smugglers or intended to kill the cows. Evidence simply shows that they traded in cattle. Only the second FIR in the matter is against the cow vigilantes. This one is also dated April 2, but time-stamped 4:24 pm, nearly two hours after the first FIR, despite the immediate irrefutable physical evidence of bludgeoned human bodies.

As we leave Jaisingpur, we hear talk of cattle traders giving up the trade. A Muslim is scared to even own a cow, let alone transport it, we are told. What if someone storms into our house and says we have kept the cow for slaughter? If cows belong only to them, let them have their cows back, one man tells us. Others nod in grim agreement. Yes, we’ll return lakhs of cows. Call it gau wapsi.

Farah Naqvi is a Delhi-based writer and activist.