No, Indira Gandhi's Father-in-Law Was Not 'Yunus Khan'

An Alt News fact check has shown that diplomat Mohammed Yunus is being falsely peddled as Indira's father-in-law and being called 'Yunus Khan'.

The claim, shared by Facebook user Sukhie Rajput, is stated below.

This translates to: “Found this picture after a long search. The person standing on the left in the picture (with a red mark) is none other than is Indira Gandhi’s father-in-law Yunus Khan, the father of Indira’s husband. Thought you should also see the Dattatreya Brahmins.” 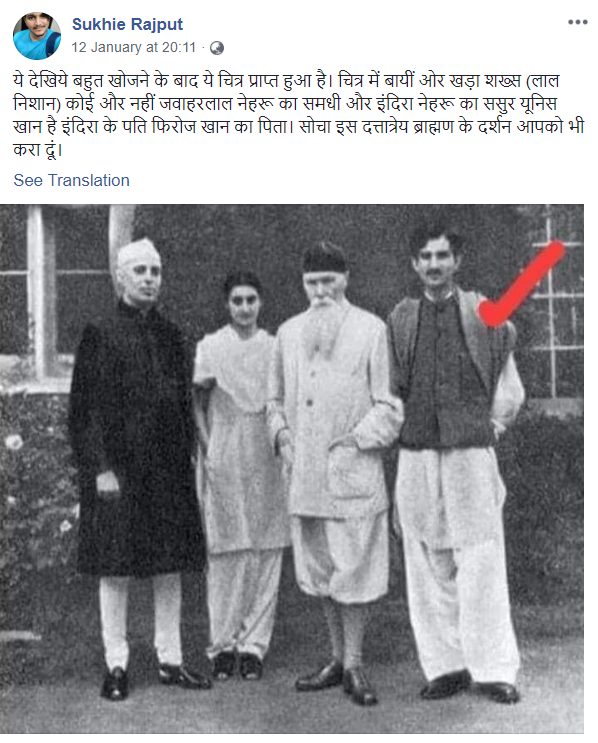 With a reverse image search on Yandex, Alt News found that the photograph is doing the rounds on social media with a false claim. In the image, the people standing from left to right are Jawaharlal Nehru, Indira Gandhi, Russian artist (with beard) Nicholas Roerich and Indian diplomat Mohammed Yunus. It was clicked at Roerich’s estate in Kulu, India in the year 1942.

A Google search of the number revealed that it pertains to the seventh volume of letters of Elena Roerich (Helena Roerich), the wife of Nicholas Roerich.

In the book, Alt News found a photograph of Nehru, Roerich and Gandhi with the same man (extreme right). He has been identified as M. Yunus.

An obituary published in The Tribune identified Mohammed Yunus as “a veteran freedom fighter, a distinguished diplomat and a close friend of the Nehru family.” 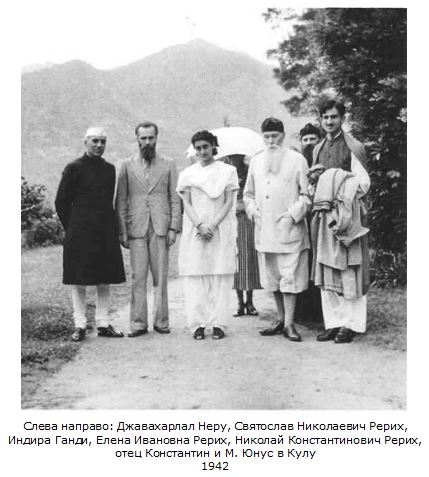 The bearded man in the photograph is Nicholas Roerich, an eminent 20th-century Russian painter. Roerich estate is located in Naggar, Himachal Pradesh. The estate houses the Nicholas Roerich Art Gallery. This author independently visited the Gallery in Naggar.

Roerich Nikolai Konstantinovich aka Nicholas Roerich was born in St. Petersburg in 1874. He died in Naggar in the year 1947.

According to a document available in the gallery, he was a Russian artist, an archaeologist, a philosopher, a traveller and a writer, who also started a world movement to protect cultural monuments embodied in the international Roerich Pact signed in 1954. 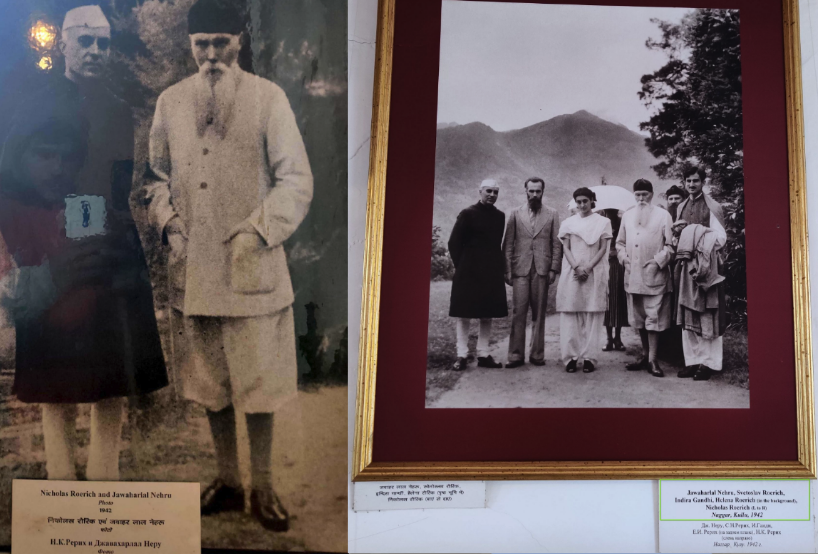 The description in multiple photographs asserts that Nehru and Indira Gandhi visited Roerich estate in 1942. 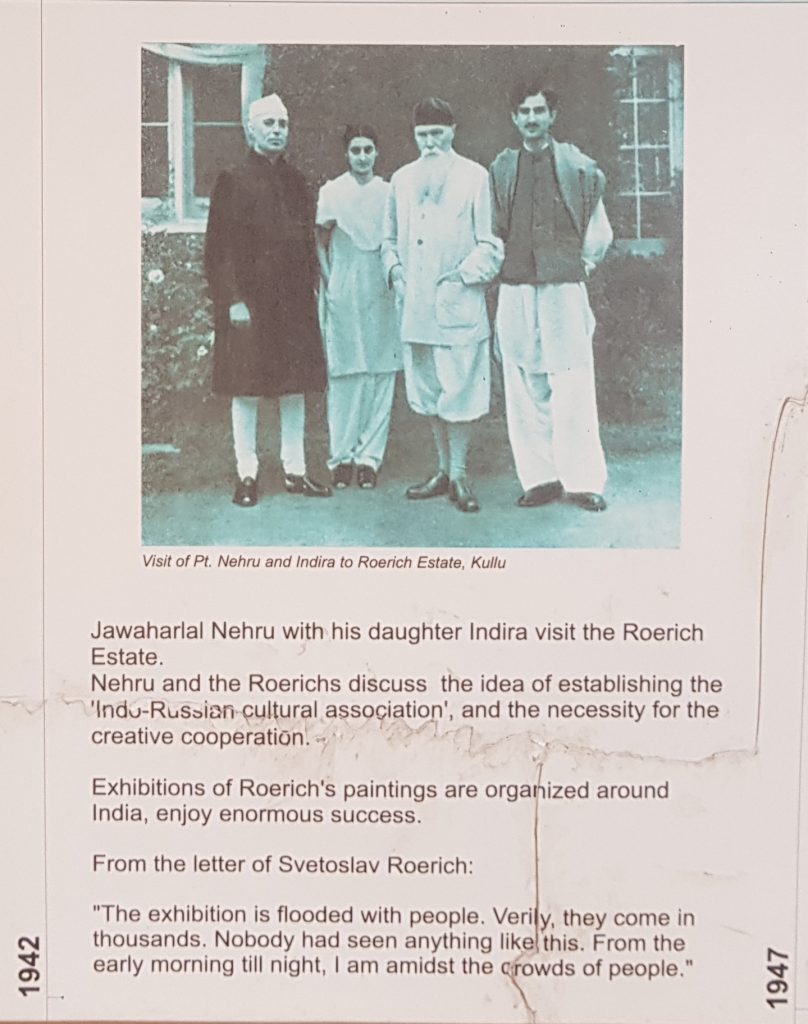 In conclusion, a photograph of Indira Gandhi and Jawaharlal Nehru with Indian diplomat Mohammed Yunus and Russian painter Nicholas Roerich was shared with a false claim.