George, a former Kerala Congress politician, had asked non-Muslims in Kerala to boycott restaurants run by the community. 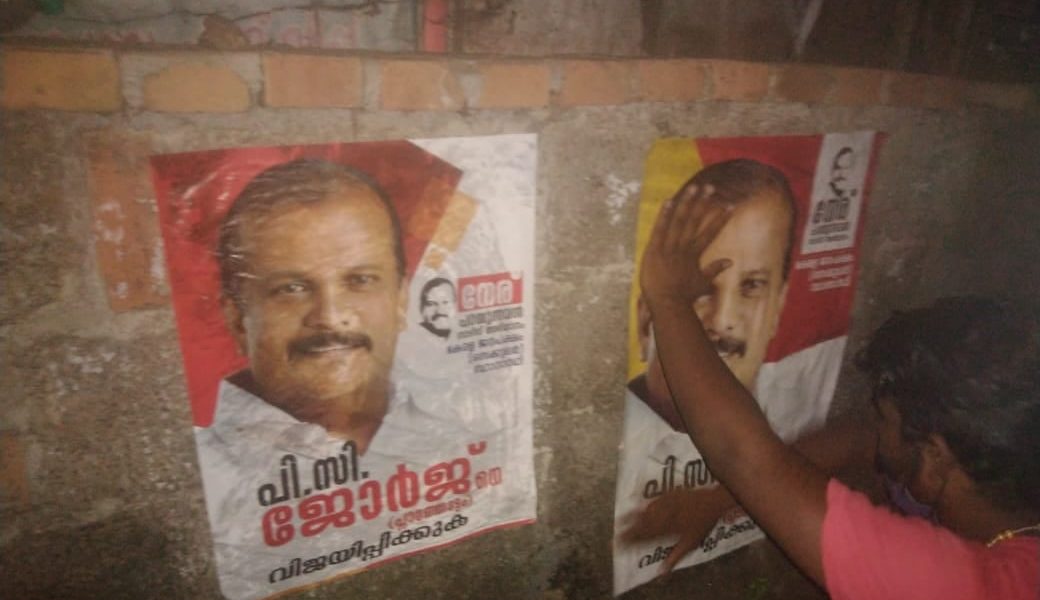 New Delhi: Senior Kerala politician P.C. George, who was arrested by the police on Sunday for his remarks demanding the economic boycott of Muslims, was granted bail by a magisterial court later in the day.

George, a former Kerala Congress (M) and then NDA politician, had asked non-Muslims in Kerala to avoid restaurants run by the community.

Addressing a programme organised as part of the ongoing Ananthapuri Hindu Maha Sammelan in Thiruvananthapuram on Friday, he had alleged that tea laced with drops causing impotence were sold in Muslim-run restaurants to turn people infertile in a bid to seize control of the country.

George, who represented the Poonjar constituency in the state assembly for 33 years, had also urged non-Muslims to boycott businesses run by Muslims.

He had also talked of “love jihad” and an “agenda to establish a Muslim country” by “sterilising men and women”, according to the Indian Express.

The senior politician’s arrest was formally recorded after he was brought to Thiruvananthapuram via road from his residence and thereafter, he was produced before a duty magistrate who granted him bail.

After he was granted bail, George told reporters outside the court that he has been asked by the magistrate not to interfere with the investigation, not to influence witnesses or make any hate speeches or get involved in any controversies.

He also said that he had said in his speech that he does not want the support or vote of radical groups, of any religion, who do not love the country.

How does that make me someone against any religion, he asked.

He also alleged that his arrest was a Ramzan present by chief minister Pinarayi Vijayan to the radical Muslim groups.

He was taken into custody early in the morning from his residence in Erattupetta in Kottayam district and taken by road, in his personal vehicle, to the Thiruvananthapuram AR Camp where his arrest was formally recorded for the offence of promoting enmity between different religious groups under section 153A of the IPC.

George was taken into custody by officers from the Thiruvananthapuram Fort police station on the directions of the state police chief Anil Kant. The FIR was lodged against him on Saturday.

The entire episode from the time he was taken into custody till his arrest being recorded saw a lot of drama ranging from BJP workers extending him their wishes and support at various places on the road to Thiruvananthapuram, DYFI activists waving black flags at him outside the AR camp and then Minister of State for External Affairs and Parliamentary Affairs V. Muraleedharan being denied permission to enter the AR camp.