In India, space for people to pursue their faiths and profess them is as much a product of civilisational attributes as it is of modern law and jurisprudence. 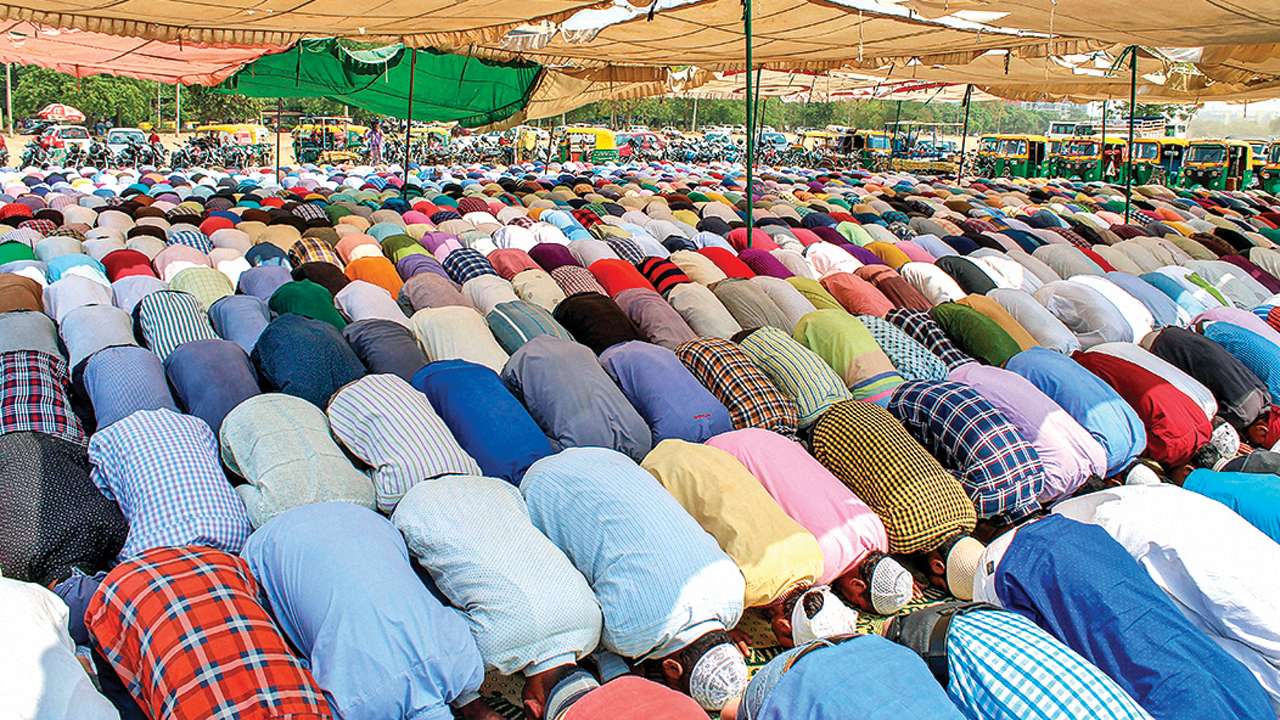 Denial of open space to Muslims in Gurugram to offer namaz by some groups formed in the name of Hinduism is a negation of Sarva Dharma Sambhav which remains the foundational pillar of our secularism enshrined in the Constitution and integral to the day-to-day life of people. The state’s chief minister who has the mandate to uphold law and Constitution, justified the denial of opportunity on the specious plea that objections raised by Hindu groups should be paid heed to by those who offer prayers and namaz in open space. Application of force to prevent Muslims to offer namaz cannot be construed either in a legal or ethical sense to be an objection.

In a country like India with bewildering and delightful diversities based on faith, language and many other factors, there is space for people to pursue their faith and profess it. It is as much a product of civilisational attributes as it is of modern law and jurisprudence. Unlike European nations which were founded on the basis of one faith, one law and one king, Indian nationhood is rooted in diversity and plurality. The ancient wisdom in India teaches one to embrace the other. The ancient wisdom teaches one to recognise that truth is one and the learned interprets it in different ways and methods. Unlike in England in which religious toleration was accepted in 17th century, India has been celebrating it since ancient times. Along with toleration, India emphasises on acceptance as a substantive aspect of life accommodating diverse creeds and ways of life. With such deeper levels of acceptance defining Indian identity, one looks at the denial of opportunity to the Muslims in Gurugram to pray in open air and space as a negation of the culture of acceptance. In fact, open air prayer for a brief time frame should be welcomed by every section of society.

The centenary of Sabarmati Ashram is being celebrated in the country. In 1930, during the Dandi March when Mahatma Gandhi was requested to build a temple in Sabarmati Ashram and place an idol in it, he refused to do so on the ground that open space should be used to offer prayers and he looked at open space as a prayer hall the ceiling of which is the sky and the four directions – east, west, north and south – constituted its walls. He then said that the objective of prayer offered in such open space is to transcend the limits set by religion, language, and nationality. Such broad and all-encompassing meaning of prayer in open space became the guiding norm for Mahatma Gandhi to unite people of all faiths and forge the identity of India which is plural and multicultural since prerecorded history. In fact, across the world now, conscious attempts are being made to recognise the diversities and underline the multiculturalism as the bedrock of a modern and vibrant society informed by values of toleration and acceptance. It celebrates the ideal of embracing the other. The denial of opportunity to Muslims to offer namaz in open space is contrary to the ideal of embracing the other which is an elevating feature of our ancient civilisation and modern nation.

A few years ago in Britain, Prime Minister David Cameron while addressing the conference on European Security said that Muslims in Britain have failed to imbibe British values such as democracy, dissent and respect for women and, therefore, multiculturalism in Britain failed to integrate Muslims in British society. He then stated that the British society needed not multiculturalism, but muscular liberalism. He was severely criticised for his statement and when professor Bhikhu Parekh who headed the Commission on Multicultural Britain wanted to know the meaning and scope of Muscular liberalism from David Cameron  no reply was forthcoming. Unfortunately, muscular approach is employed in the name of religion in India to subdue others and impose uniformity. It is all the more dangerous that such muscular approach has become the propelling force behind majoritarianism which is contrary to the Idea of India and secularism.

The denial of opportunity to Muslims to offer namaz in open space in Gurugram is a manifestation of muscular approach which is antithetical to liberal values enshrined in the Constitution and liberalism reflected in every aspect of life of common people. The UNDP Human Development Report of 2004 on Cultural Liberty in today’s Diverse World thoughtfully stated that wherever there is more diversity of faith and language, there is relative peace and non-violence. If in India there has been the tradition of non-violence and its application as a method to establish peace and harmony then we must locate it in the context of our rich diversity shaping the very ideals and Idea of India. Denial of opportunity to Muslims to offer open air namaz is a form of violence and violation of cultural liberty.

In a few months from now, the country is going to celebrate the 150th birth anniversary celebrations of Mahatma Gandhi one of whose favourite hymn was ‘Raghupati Raghav Raja Ram…Iswar Allah Tero Nam’. It constitutes an invocation to celebrate diverse forms of divinity. Let the diverse forms of divinity endure. In fact, Gandhiji had said that “I do not want India to be wholly Hindu, wholly Islamic or wholly Christian but wholly tolerant with all its religions coexisting and flourishing side by side”.  Let this vision triumph in providing space to Muslims to offer namaz in open space.