A Timeline of the Delhi Riots: Arson, Shooting and Police Indifference

A look at how the last week has unfolded. 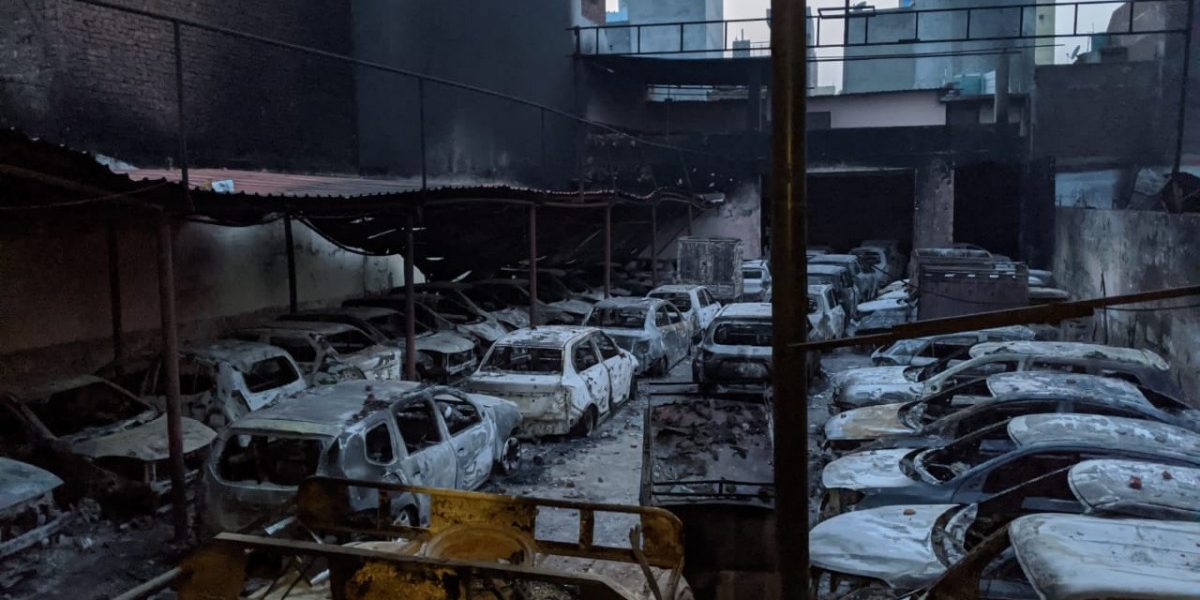 A car garage owned by a Hindu man was burnt down in Shiv Vihar. Photo: Kabir Agarwal

New Delhi: Early this week, riots broke out in parts of North East Delhi. Forty-two people have lost their lives so far, and close to 200 injured.

The violence began after Bharatiya Janata Party leader Kapil Mishra lashed out at anti-Citizenship (Amendment) Act sit-in protests in the area, giving the Delhi Police a three-day “ultimatum” to clear them.

Here’s a look at how the violence unfolded in Delhi, the scale of what has happened, and what the police and politicians have (and haven’t) done.