The Time to Reach Out to Your Muslim Friends is Now

As riots rage and we join protest marches, let us not forget that small human gestures go a long way in reducing the fear of a minority persecuted. 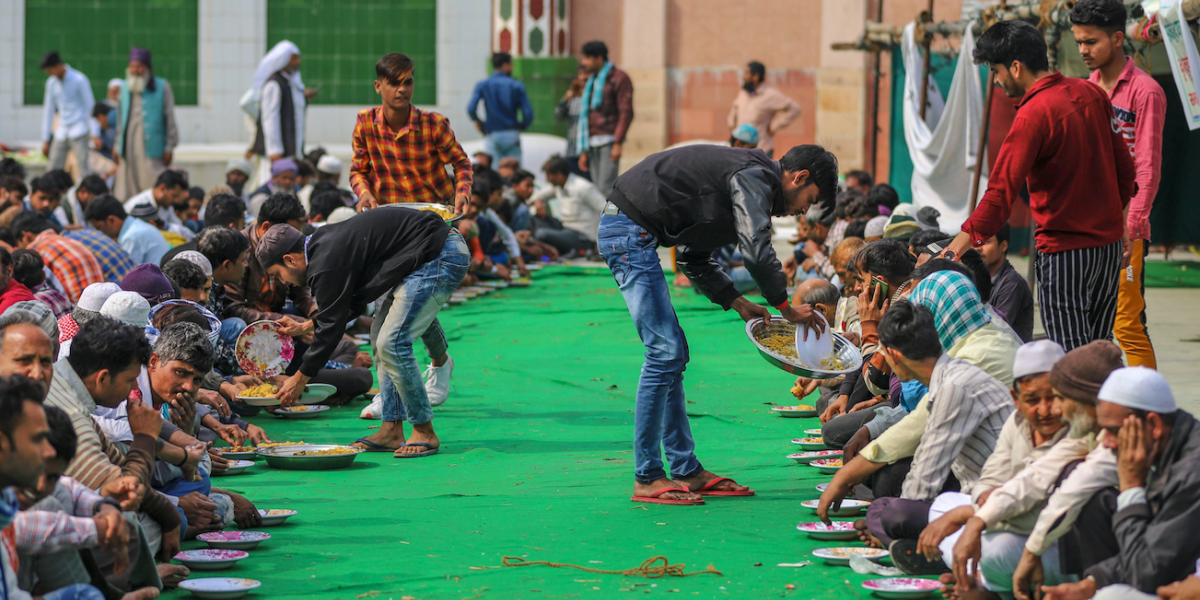 People eat at the Eidgah relief camp in Mustafabad after the Delhi riots. Photo: PTI

As the Delhi riots raged, I realised that sometimes remembering to reach out to people can be a powerful expression of solidarity.

My grandmother had witnessed the aftermath of the Hindu-Muslim riots in 1947, at what was then Calcutta.

She had also lived through the Naxal movement in the city. But recalling the riots was far more difficult for her. At the prospect, she looked terrified, as if transported back in time and seeing it again.

She could never bring herself to describe what she saw. In 1992 and 2002, I was too young and inexperienced to fully grasp the gravity or the human toll of the violence that had consumed Bombay and Gujarat. In later years, when I read the traumatic stories of the survivors, I wondered quite often how I could have used my privilege as a member of the majority community to help the targeted.

The police, allegedly, were not only negligent in preventing the attacks but joined in with the hooligans in beating the injured and made them sing the national anthem.

With the details emerging from Delhi, I realise that the time for me to act on behalf of the minority citizens of India has come to pass. I have lived in Delhi NCR for six years – first as a student, and then as a full-time journalist. Now I am based in Kolkata. Sitting here, I wondered what I could do to make a difference. I racked my brains.

I knew people in Delhi who would be at risk if the violence continued to spread.

Since traveling to Delhi was not an option at the moment, I did what seemed like the next best option – call and reach out to the people I knew. One of them was the subject of a news story I had reported on. The other one, an auto driver who used to ferry me. Both of them Muslims with very different life trajectories yet equally vulnerable to the rightwing’s agenda.

Mohammed Aamir Khan was only 18 years old when he was arrested and accused of the 1997 serial blasts in Delhi and Haryana. He spent 14 years in jail, as an undertrial. The courts exonerated him as the state failed to prove his involvement in the terrorist attacks.

Also read: Failed as a Spy, Framed as a Terrorist – the Saga of Mohammad Aamir Khan

In early 2012, I was interning with a magazine in Noida and accompanied a senior colleague to meet him for an assignment. As we neared his house in Old Delhi, I started feeling anxious. He had lost the prime years of his youth, having been incarcerated for crimes he did not commit. I did not have the headspace to contemplate the injustice of it all.

I expected to meet someone very angry, bitter and even depressed. Instead, I met an optimistic man full of hope. I was deeply moved by his positive disposition despite his harrowing journey through hell and back.

“I want to live peacefully from now on,” he had said. 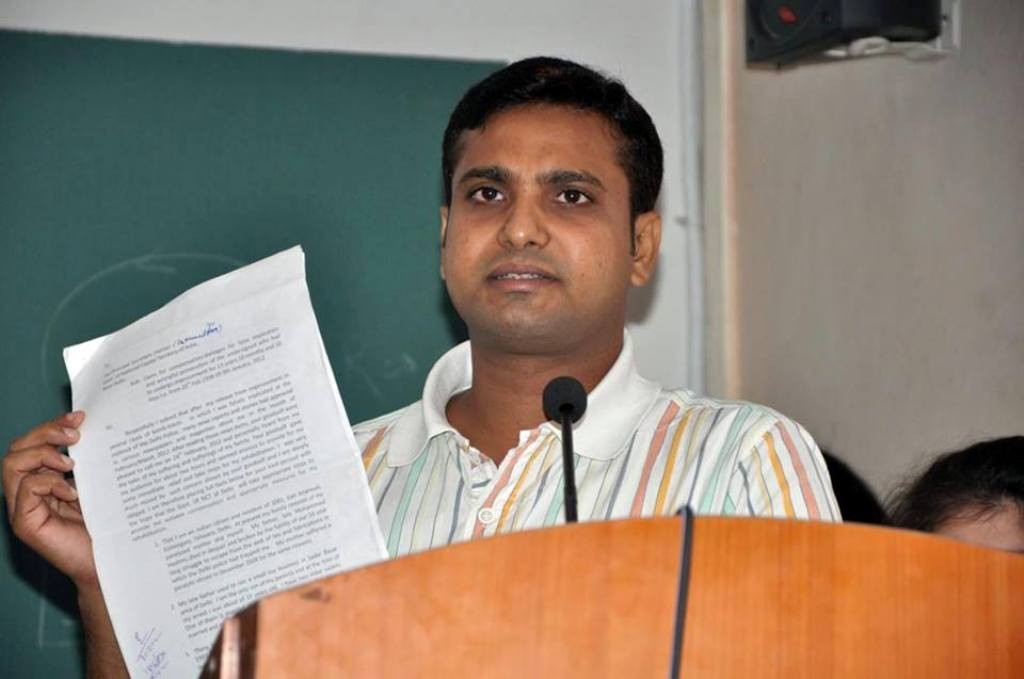 Over the years, he got back on his feet; he started working with a non-profit organisation on human rights issues and today, he has a family of his own. However, in Narendra Modi’s India, he will never be able to live in peace. He will have to keep proving his loyalty to his nation until the end.

And he will probably never be able to get rid of the fear of being targeted for his religion.

When I called him, he was on duty for rescue and relief operations at the riot-affected areas. On asking how he was, he said, “Hamare elake mein khauff hai riots ka.” His locality lives in terror of the riots.

He retains his optimistic outlook, tries not to pay attention to the lingering anxiety and instead focuses on the positives. “So many people have come out in support,” he said.

“You are not my neighbour or relative. You are not even from my community. Yet you called to check on me,” he said.

“I have received similar calls and text messages from people I know from other Indian cities and even abroad,” he added. Yes, there is a lot of tension in the country at present, he said.

“Yet most people are compassionate. I believe we can keep working towards upholding the constitutional values.”

The next day, I called the number saved under ‘Sameer bhaiyya’. A middle-aged man, Sameer lives in the Jamia Nagar area near Shaheen Bagh where women have conducted a peaceful sit-in protest against CAA, NPR and NRC for more than 70 days now.

It was essential for me, as a single woman working in a new city, to have a reliable transport service provider. He works as an auto driver and that’s how I met him.

He used to ferry me to work at Noida’s Film City, every day for three years. At that time, I called him 10 minutes before stepping out and he would be outside my gate within five minutes. His auto was registered under Uttar Pradesh but I depended on him to refer Delhi auto drivers who could take me to places within the city.

He was surprised to hear from me. Within minutes, however, he eased into the conversation. He and his family were safe but he has not worked for more than two months, he said.

The police, he tells me, has barricaded the route he takes from Kalindi Kunj to go to work in Noida since the start of the peaceful protests in Shaheen Bagh.

I asked how he was sustaining.

“Somehow we have managed for two months…,” his voice trails off.

We talked a little about his perception of the current events. The government’s unwillingness to compromise at the slightest, despite the continued protests perplexed him.

“Dimag hopeless ho chuka hai,” he said, describing the mental toll taken by the climate of hate and uncertainty. He thanked me for calling and said he was going to be in Kolkata soon to visit relatives.

There was a third call I wanted to make but couldn’t. I feel stupid for not having asked Muhammad Bashir Miyan for his contact details. 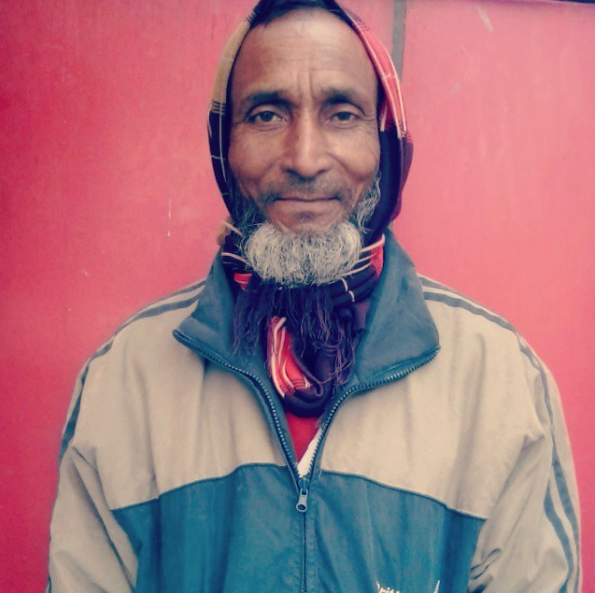 He worked at a small tea stall outside my office complex. Originally a native of Cooch Behar, West Bengal, he had travelled to Noida to repay loans he had taken for his daughter’s wedding.

He was a grandfatherly figure with a soothing demeanour. At the time, I documented his story to make it a permanent memory because life happens and we may never meet again. I left that job in 2016 and haven’t been in touch with him since.

Today, with all the terrible news coming out of Delhi, I recall his smiling face and wonder why anyone will want to attack a harmless old man or throw him out of the country he calls home.

I do not know how the future will play out. Taking a leaf out of Aamir’s life, I try to be positive and believe that there are more good people than bad.

That we will reaffirm the constitutional values of India – sovereign, socialist, secular, democratic, republic.

Building new human connections and reaffirming the existing ones will go a long way towards building a harmonious society. After all, if we attend rallies and renounce bigotry with every inch of our being, yet fail to connect and check-in with people who are the most vulnerable in the present atmosphere, are we living up to the humanity we are espousing?