When he identified Hindus in the footage instead, Iliyas was arrested in another case before his bail order for the first case came into effect. 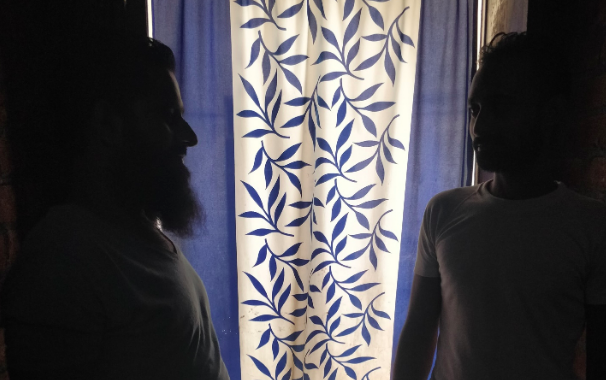 New Delhi: Twenty-eight-year-old Iliyas spent more than five months in prison but is home now. On March 17, 2020, he was arrested for allegedly vandalising Rajdhani Public School in Shiv Vihar (FIR 137/2020) during the anti-Muslim riots that took place in northeast Delhi this February. After he was granted bail in this case, he was arrested again on May 14, 2020, for allegedly vandalising and trespassing on the property of DRP Secondary School in Shiv Vihar (FIR 134/2020).

When Iliyas returned home on September 3 after being granted bail in the second matter, he said he felt he was being targeted because he was Muslim.

“’Yeh maanga rahey thhey na, azaadi?’ Aise baat kar raha thhe thane mein mujhse aur baaqi Musalmaano se (‘These were the ones asking for freedom?’ This is how they spoke to me and fellow Muslims at the police station),” he told The Wire.

Arrested for being Muslim?

When the police arrested Iliyas in the first case, he was taken to Dayalpur police station, shown footage of mob violence taken from a CCTV camera and accused of being one of the men in the mob. When he vehemently denied his presence at the scene, he alleged he was told by the police that if he could name 10 of the men in the video, he would be released immediately.

Despite no evidence pointing to Iliyas’s involvement in the vandalism, he was sent to Mandoli jail. He was deeply afraid. “Mere mazhab ko mera jurm bana dia (They made my religion my crime),” he said.

Tarkeshwar Singh, SHO, Dayalpur, was reached several times but was unavailable for comment.

Iliyas’s case presents crucial stances taken by the Delhi Police in terms of the arrests that were made during the riots. The Wire accessed the chargesheet and bail applications in Iliyas’s case, which reveal the purpose behind his repeated arrest and harassment.

When Iliyas was jailed for the vandalism of Rajdhani Public School during the riots, not only was there a lack of substantive evidence but he was also arrested for vandalising a school owned by Muslims during a period when Muslims were under attack.

When he was released on bail in this case, he was arrested again for vandalising the DRP School, which is owned by Hindus.

The ownership of this school apparently suited the police who jailed Iliyas again for a crime which was never proved to have been committed by him. In fact, he was arrested for the second case on May 14, two days before his bail order for the first case, dated May 16, 2020, came into effect. This suggests that the police had intended to keep Iliyas in their custody all along.

Four statements made by witnesses in Iliyas’s second case did not mention him at all. A fifth witness statement did identify Iliyas, but only via a ‘tip’ from someone else.

Between the two of them, Iliyas’s lawyers Adhil Saifudheen and Lavkesh Bhambhani filed five bail applications for Iliyas over the five months he was in jail.

“If we look objectively at the evidence, there is no doubt Iliyas qualifies for the ‘triple test doctrine’,” Saifudheen told The Wire. “Iliyas is not a (1) a flight risk; (2) Iliyas does not have means and resources to influence witness; (3) Nor is Iliyas in a position to tamper with the evidence.”

In fact, Saifudheen added, Iliyas does not have a prior criminal record and he is his family’s sole earning member. Yet, the courts seemed reluctant to grant him bail.

“Iliyas is just one of the many poor and innocent people who are detained by the Delhi Police in cases related to the riots,” said Bhambhani. “The real problem with these mass detentions is whether those detained are really given effective legal representation. If the answer to this question is in the negative, then even a single conviction among this stratum is a direct attack on the basic tenants of the Rule of Law.”

The seemingly purposeful and intentional arrests of Muslims by the police for riots which were essentially anti-Muslim suggest the prevalence of prejudices among those at the helm of law enforcement in the National Capital Region. An extremely worrying aspect in this context is that the courts seem reluctant to apply the legal jurisprudence of bail, that is, ‘bail is the rule, jail is an exception’.

Iliyas’s brother-in-law Mursaleen said the riots scarred his memories of the peaceful times he had had in the neighbourhood. “After February 24, our neighbourhood in Loni had to have people voluntarily guarding the streets for public good. Muslims had to plant themselves at both ends of every street for vigilance,” he told The Wire.

Iliyas’s sister, Parveen, has been afraid to wear her burkha since the riots. Mursaleen believes his long beard could have him arrested. Iliyas’s mother has lost her hearing. According to Parveen, their mother has been clinging to Iliyas’s hand since he returned on September.

Iliyas has been spending most of his time with his family, wondering what his crime was.

Tarkeshwar Singh, the SHO of Dayalpur PS where Iliyas was taken, is among the three senior police officials with complaints against them.

The Caravan magazine reported in June that one complainant had stated that she saw three senior officials in Chand Bagh – Anuj Sharma, an ACP at the Gokulpuri police station, Tarkeshwar Singh, who was the SHO of Dayalpur police station at the time, and RS Meena, the SHO of Bhajanpura police station – fire at protesters.

A response to Iliyas’s charge was sought from Delhi Police and the story will be updated when it is received.