'Only His Shoes Survived': Victims Struggle to Recover from Horrors of Delhi Riots

Rukshana Bano's husband was among the 53 people killed in the violence. Almost six months later, there has been no progress in punishing the guilty.

Rukshana Bano with her four children. Photo: By arrangement

New Delhi: On February 24, Rukhsana Bano received a call from an unknown number. Violence had erupted in Northeast Delhi and she was worried about her husband, from whom she had not heard for a while. Irritated, she answered on the last ring. It was her husband Firoz, calling to assure her that he was safe and had managed to escape from a mob that had assaulted him. Sighing in relief, Rukhsana calmed her family down. Though she did not know it then, it would be the last time she spoke to her husband.

Firoz Ahmed was returning home to Loni in Ghaziabad on the day riots broke out in Northeast Delhi, unaware of what lay ahead for him. He was stopped by a mob, who heckled him and asked him to show his ID cards. After confirming that he was a Muslim, the mob assaulted Firoz. With a broken leg, a severely battered arm and a blackened eye, he dragged himself along the Pushta Road to Shaheed Bhagat Singh Colony in Karawal Nagar, where he hid in an auto.

A man called Tauseef Alam and his family sheltered Firoz in their house. They nursed him, fed him and made him call his wife. The next day, on February 25, the horror of the riots came to visit Alam’s home. Fanatic rioters raided Alam’s home, looting and vandalising it. They found Firoz hiding behind a bed and dragged him outside by the broken leg.

Alam’s sister Akida Khatoon, an eyewitness to the incident, recounts the words of the mob which assaulted Firoz. Akida says, “They hit him with pipes and rods. They said, ‘Mullay tujhe azaadi chahiye, hum detay hain tujhay azaadi (You want freedom, we will give it to you). They then threw him in an auto and set fire to it.”

When the mob was unable to completely burn the body, they dumped it in the ground behind Pushta Road, recalls Khatoon. She filmed the incident on her phone, but she says it was later snatched by the mob. Khatoon says, “I know the person who killed Firoz, he lives just a few houses away. He still strolls about freely.”

On February 29, Rukhsana had not heard from Firoz for nearly five days. She and her brother Anis went to the police station to lodge a complaint that Firoz was missing. Later, she was able to establish contact with Alam, who informed Rukhsana and her family that Firoz was brutally killed on February 25.

Speaking to The Wire, Anis, Firoz’s brother-in-law said, “Humein Firoz ke sirf joote milay thay Alam kay ghar say (We were only able to recover Firoz’s shoes from Alam’s house).” Still in shock, the family began visiting various hospitals to see if Firoz’s body was there. Thirteen days after his murder, Firoz’s body was fished out of the drain near Pushta Road. He was one of 53 people killed in the violence.

‘How will I support my family?’

Rukhsana has four children and is seven months pregnant. As a widow, she is currently observing iddat, a period of waiting before the widow steps out. Usually, it is observed for 130 days but since Rukshana is pregnant, the period will end when she gives birth.

Rukhsana stays indoors, thinking about her future. She says that her family is surviving on the charity of others. She says, “Dangay koi karta hai, zindagi bharr ka nuqsaan mera hogaya (Because of the violence, my life has turned upside down). My children have lost their father. Even after the iddat, how will I be able to support my family? I am not educated, opportunities are hard to come by.”

“Dangay ki shakal mein Shaitan aagaya, Musalmaano per jaisay aafat aagayi ho (It was like the devil came disguised as a riot, like a disaster aimed only at Muslims),” Rukhsana says, understanding that the violence had everything to do with her religious identity.

Rukhsana says she’s scared for her children, their future and their lives. At 33, Rukhsana – a single mother, a widow and a Muslim in 21st century India – faces a daunting future.

For 14-year-old Tina, Rukhsana and Firoz’s eldest child, memories of her father are already fading. She says, “I couldn’t even see him one last time. Why did I have to be in my village, why couldn’t I have been here!” She adds, “Eid didn’t feel like Eid without [my father], my younger brothers keep crying all the time as they miss abba.”

As Rukhshana and her children deal with their loss, the Alam family has tried their bit to help deliver justice. Tauseef, Akida and their mother have named the people who were part of the murderous mob that killed Firoz. They have given three statements to the Karawal Nagar police, but have lost faith in the law because of the cops’ inaction.

The Wire asked the police station’s assistant sub-inspector Yashbir Singh why the perpetrators in the crime have still not been punished. He said, “The case is not with the police station anymore. I filed the missing person report; when the body was found, we were told that the case was transferred to the Crime Branch.”

Tauseef also recorded a statement before the Crime Branch, naming Firoz’s killers. He was asked to visit the office in late May and there has been no progress since. When The Wire contacted sub-inspector (Crime Branch) Rajeev Malik about the case, he responded by saying that the investigation is still underway and that he cannot disclose the proceedings. 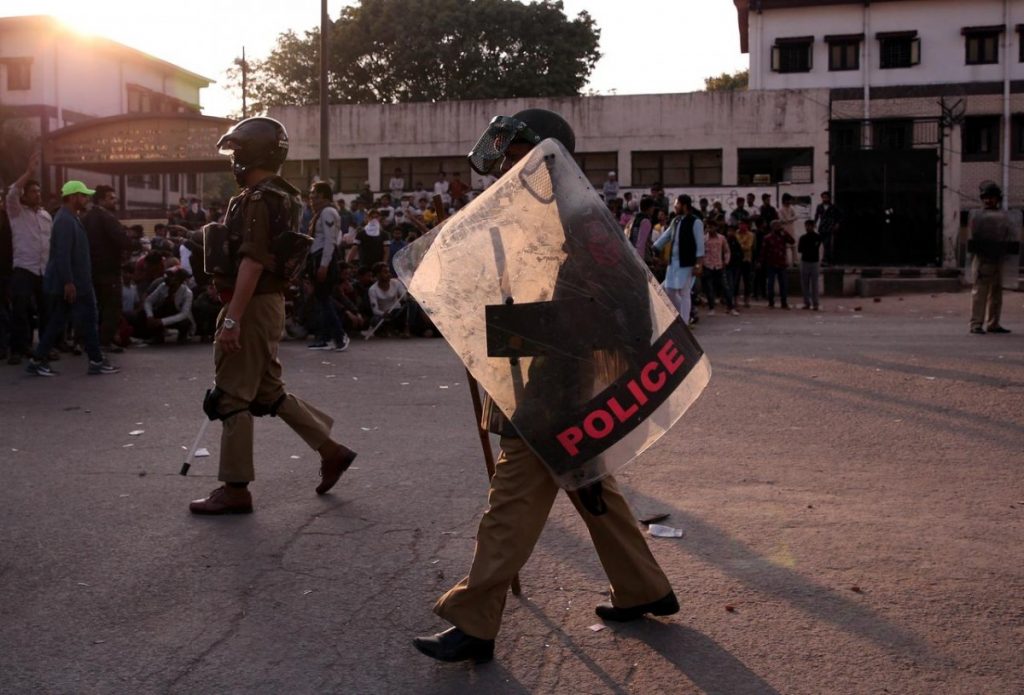 In these troubling times, organisations such as The Miles2Smile Foundation have aided Rukshana’s family. Aasif Mujtaba, the founder of Miles2Smile, hopes to help enrol Rukhsana’s children in schools when they re-open. After Rukshana’s iddat is completed, Aasif says the foundation hopes to provide her with a grocery shop or a stitching unit to help her earn a livelihood.

As a Muslim, he says it is painful to see the victims being painted as rioters and part of a larger conspiracy. The Delhi Police has been adamant that though the majority of the victims of the violence were Muslims, the riots were part of a ‘conspiracy’ by people protesting against the Citizenship (Amendment) Act (CAA). The protests were led primarily by Muslim women and students.

He says, “There seems to be a nexus between the judiciary and executives, where everyone is enjoying quid pro quo. Justice seems utopian in this context.”

Mohd Danish, a member of The Miles2Smile Foundation, has developed a close affinity with Firoz’s family in the past six months. During this period, he has been working on the ground to assist victims of the violence and their families. Danish says, “The only crime that these families have done is being born Muslim. I remember the bone-chilling images od bodies lying on the roads and in drains for three days. Women and children were whimpering in fear.”