As Northeast Delhi Was Burning, What Were Local MLAs Doing?

Among the areas affected by the riots, two constituencies are held by the BJP and four by AAP. 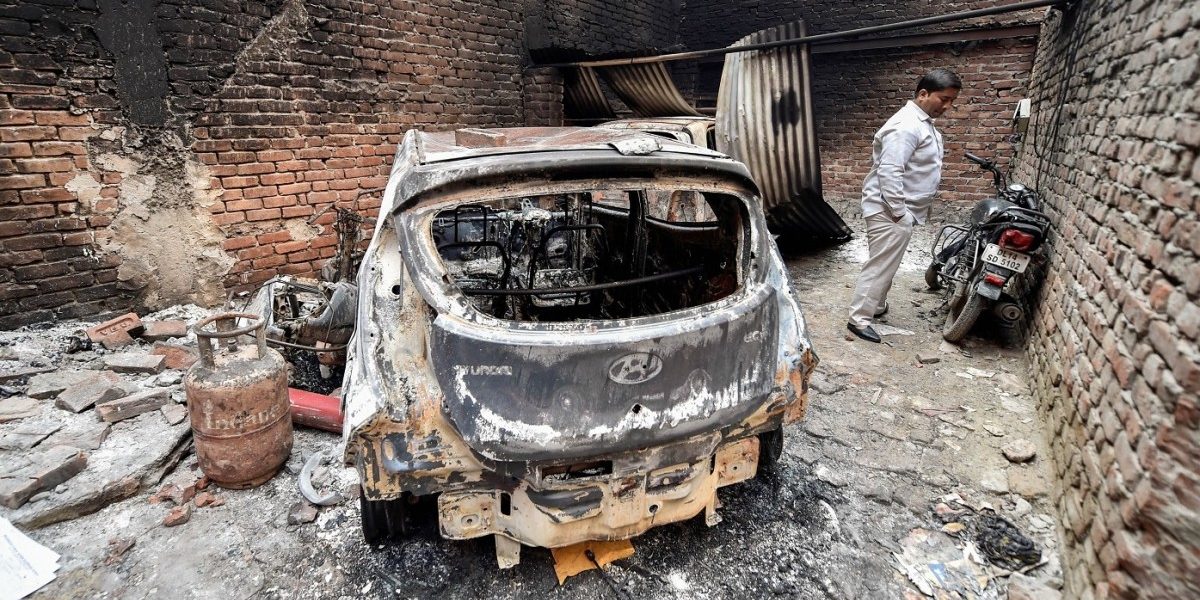 New Delhi: Over the past three days, deadly riots broke out in the six northeastern Delhi constituencies. Among them, Bhartiya Janata Party (BJP) candidates have won in at least two seats in the state’s recently concluded assembly elections and the remaining constituencies are with the ruling Aam Aadmi Party MLAs.

Of the total 70 seats in the Delhi legislative assembly, AAP won 62 seats and the remaining eight went to BJP. The BJP’s vote and seat shares increased in the recent election and the party has largely remained strong in the east and northeastern regions of Delhi, the latter of which was worst hit by the riots.

The Wire takes a look at the MLAs and their responses to the critical situation during the past four days.

In Ghonda constituency, at least three areas – Chand Bagh, Yamuna Vihar and Bhajanpura – witnessed severe violence, and the death of at least three persons was reported. Ajay Mahawar, the BJP MLA, reached out to his people only on Wednesday. On Wednesday morning, Mahawar reached one of the worst affected areas, Chand Bagh, to meet the family of Ankit Sharma, an intelligence bureau staffer who was killed.

Also Read: At GTB Hospital, Families of Delhi Riot Victims Wait for Bodies to Be Released

Sharma, who worked as a security assistant with the IB, was returning home on Tuesday evening when he was allegedly attacked by a mob at the Chand Bagh bridge and beaten to death. His body was later thrown into a drain, according to officials.

At least two other persons were killed in Mahawar’s constituency. But he made no efforts to placate the situation and only stepped out when the news of Sharma’s death broke.

Mahawar had won against AAP’s Shridutt Sharma by a margin of 28, 370 votes. 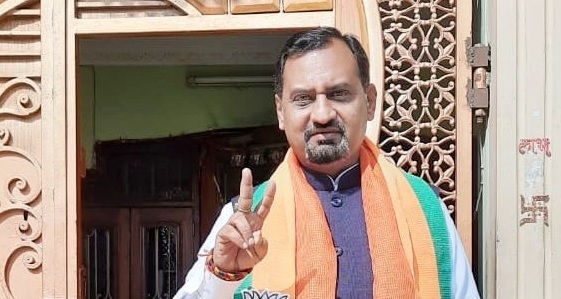 Among the six worst-affected constituencies besides Ghonda include Seelampur, Shahdara, Babarpur, Kanwal Nagar and Mustafabad. In all, 24 deaths have been confirmed in the violent attacks that were triggered by incendiary speeches made by BJP’s Kapil Sharma on February 23. According to government officials, at least 180 others are severely injured and are undergoing treatment across different hospitals in the northeastern region of Delhi.

In the Seelampur constituency, which has a large Muslim population, AAP MLA Abdul Rehman was nowhere to be seen. In his constituency, especially in the Jaffrabad region, the violence engulfed almost every Muslim locality, forcing several families to flee from their homes.

Since December, as protests against the citizenship law began in many parts of Delhi, Seelampur’s residents too organised themselves. The Police have been seen targeting Muslim youth in the area and there have been instances of them being beaten up and manhandled in the past two months.

The contest in Seelampur constituency was between AAP’s Rehman and Kaushal Kumar Mishra of the BJP. Rehman had managed a comfortable win, securing 72,694 votes, a lead of over 35,000. 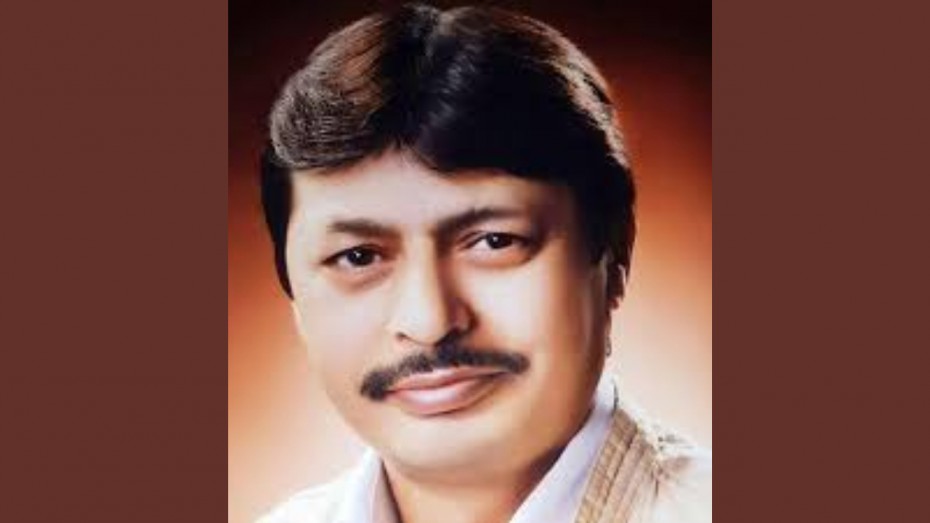 One of the most disturbing visuals of the riots were of a bunch of men climbing onto a mosque and vandalising it. The mosque was identified as Badi Masjid in West Jyoti Nagar of Shahdara constituency in east Delhi. The men had climbed atop the minaret, uprooted the speaker and hoisted a saffron colour Hanuman flag with Hanuman on it. The Wire’s team was one of the first ones to have reached the spot and captured the grotesque scene which unfolded in the area on February 25 afternoon.

In Shahdara, at least one person was killed in firing and several have suffered bullet injuries. The region’s deputy commissioner of police Amit Sharma is also among those injured. His car was allegedly set on fire and he was rushed to a nearby hospital. Among the worst affected areas in the constituency are Ashok Nagar, Brahampuri, Kardam Puri, Bhajanpura and Yamuna Vihar.

In the elections, AAP’s Ram Niwas Goel won the Shahdara constituency, securing 62,000 votes. This was 5,000 more than BJP’s Sanjay Goyal. Ironically, Goel has been convicted for rioting, trespassing and voluntarily causing injury in a 2015 case. 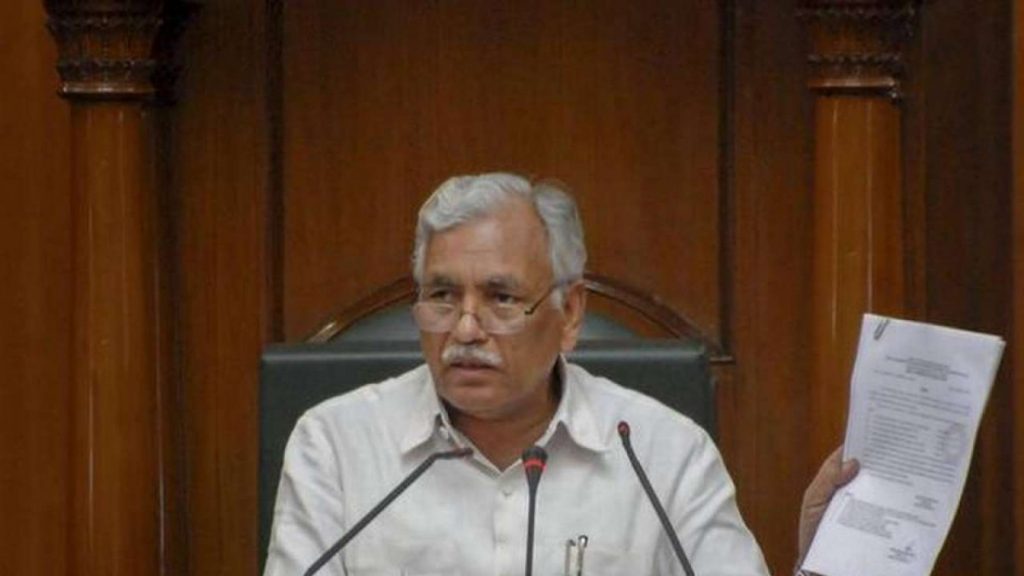 Unlike other AAP MLAs and leaders, Gopal Rai, an MLA from Babarpur constituency was one of the first ones to appeal to people to stay calm. Besides putting out appeals on social media, Rai had also visited affected area like Maujpur which fall under his constituency. Rai, along with another party MLA Sanjeev Jha, visited Lieutenant Governor Anil Baijal early on February 25 to apprise him of the situation on the ground.

Rai, the 44-year-old minister for employment, development, labour, general administration and irrigation in the Delhi government, has twice been elected from Babarpur seat. He managed a comfortable win against BJP’s Naresh Gaur, a four-time MLA from this constituency. 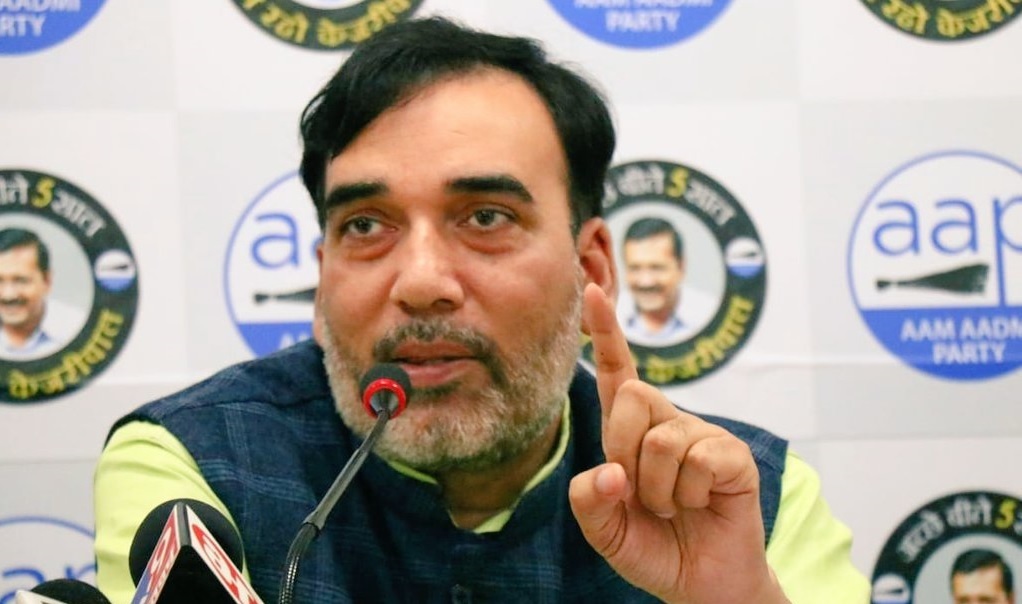 In Karawal Nagar, the MLA and BJP’s trusted leader Mohan Singh Bisht has issued a “telephonic appeal for peace” to local residents. While Bisht was not to be seen in the locality, he issued a message asking people to stay vigilant and avoid leaving their homes. 62-year-old Bisht has been elected from the constituency since 1998 and this is his fifth term. He secured 96,390 votes and won against AAP’s Durgesh Pathak, who had managed 88,317 votes in the recent election.

Even as the violence began to calm down in some parts of northeastern Delhi, Mustafabad, an AAP constituency, continued to burn until late night on February 25. Several mosques and huts were burnt down in the region and at least two persons were killed. Several others, including children, were attacked by the Hindutva mob. The situation did not calm down until late on Tuesday night, and the area’s MLA Haji Mohamad Yunus, took to his social media handle to send out emergency messages seeking help. 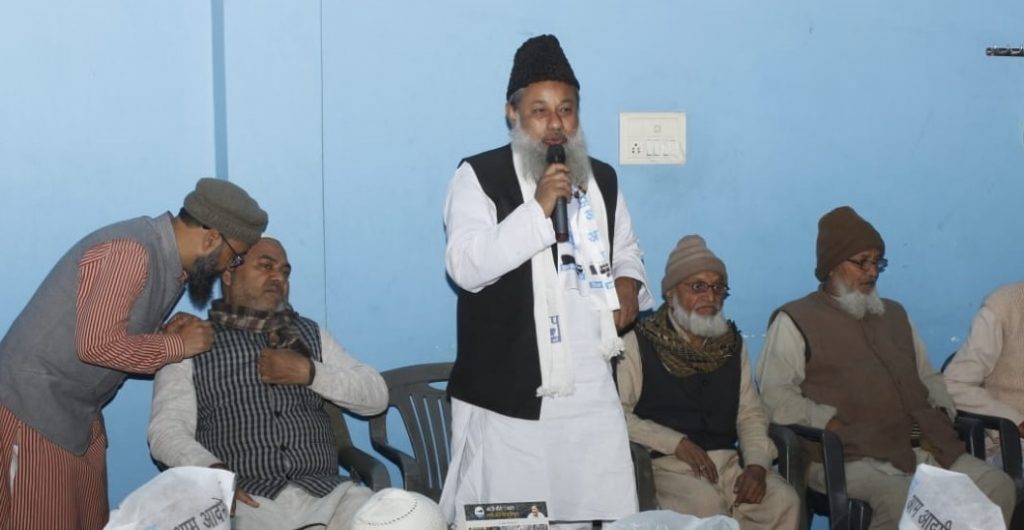 “Emergency medical help is needed. Several lives have been lost and several more have been badly injured. Injured persons have been referred to GTB hospital but due to the prevailing hostile atmosphere outside and gun fires, ambulances aren’t able to reach the area,” he tweeted in Hindi.

Mustafabad, which had traditionally been a Congress stronghold, has elected a BJP legislator in 2015 and an AAP legislator in 2020. Mohamad Yunus, with 98,850 votes, was elected with a majority of over 20,000 votes over BJP’s Jagdish Pradhan.