According to locals, the mob set the ground floor, which served as a godown, ablaze and threw petrol bombs at the second and third floor. 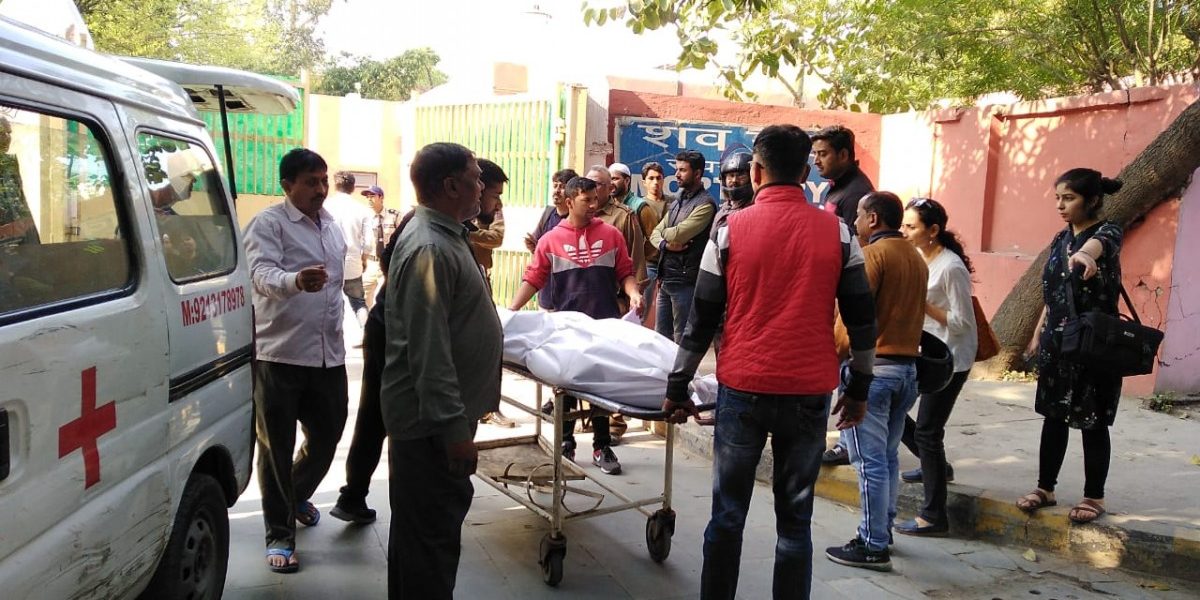 New Delhi: Eighty-five-year-old Akbari was waiting eagerly for the birth of her great-grandchild. But her dream of seeing the baby was cut short by a rampaging mob that set her house at Gamri village near Delhi’s Khajuri Khas on fire, suffocating her to death.

One of her seven children Salmani, an exporter of ready-made garments, said that he had gone out to get milk on Tuesday.

“While returning, I got a call from my son that a mob has surrounded our home with petrol bombs and sticks in hands. My mother, wife and three kids were on the second floor. I told them over the phone to rush to the terrace,” he said.

According to locals, the mob set the ground floor, which served as a godown, ablaze and threw petrol bombs at the second and third floor.

“Ten of my labourers were on the ground floor at the time of the incident. They too rushed to the terrace. My son later noticed that my mother was missing and he tried to get down. But by then, the whole house was full of smoke. By the time they climbed down the terrace, she had passed away,” Salmani said.

For Salmani and his four brothers and three sisters, their mother was no less than a hero. Hailing from Chanduari village near Uttar Pradesh’s Meerut, Akbari had lost her husband 40 years back and toiled as a labourer to bring up her seven children.

“I have suffered losses of more than one crore. The rioters also looted jewellery and cash worth Rs eight lakh. I had come to Delhi with only Rs. 250 and started this business from scratch. I have lost everything now, but mainly my mother,” he said.

The family has been waiting to receive Akbari’s body from GTB Hospital and at the same time, Salmani’s eldest son was at a private hospital where his wife has given birth to a girl. The bereaved family has called off all celebrations but consoles themselves by thinking that Akbari was back in the form of the baby.

Their severely gutted house now poses a risk for the neighbourhood and fire service officials have warned that it has been brought down to avoid any accident.