Mohammad Anees's house, which was set on fire by a mob in Khajuri Khaas which accused them of being 'Pakistanis', will be rebuilt by the BSF. 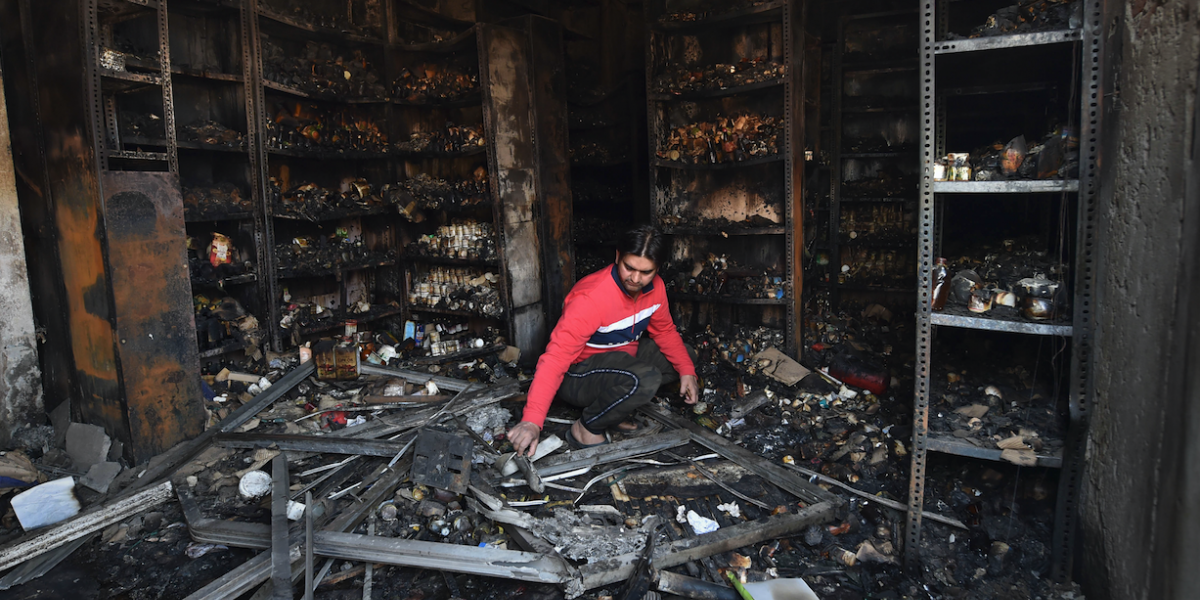 New Delhi: Among the 35 houses set on fire by rioters on two lanes of Khajuri Khas in north east Delhi was a house that belonged to a soldier serving in the Border Security Force (BSF).

Mohammad Anees, the BSF jawan, had also put up a nameplate in front of his house announcing that he serves the paramilitary force.

On February 29, The Hindu reported that the BSF will be rebuilding the jawan’s destroyed house. A Home ministry spokesperson said senior officers of the BSF spoke to the constable and a DIG-rank officer visited his family on Saturday.

On the afternoon of February 25, he and his family were huddled inside the house while the mob outside burnt vehicles stationery in front of it.

The mob shouted out lines like, “Idhar aa Pakistani, tujhe naagrikta dete hai (‘Come here Pakistani, we will you citizenship’) and pelted stones at the house.

Anees, his father Mohammad Musi, uncle Mohammad Ahmed and a cousin, Neha Parveen, who were trapped inside it, were desperately hoping that they would see the nameplate and move away. Anees, who joined the forces in 2013, had served three years in Jammu and Kashmir along the tension-ridden India-Pakistan border.

But the nameplate proved to be ineffective.

The rioters soon threw a gas cylinder into the house to burn it. Anees and three others managed to escape with help from the paramilitary forces.

“Charred remains of the house now stand where the house was till three days ago. In the two lanes of Kharuji Khas near Anees’s house, 35 houses were set on fire. Only one house belonging to a Muslim family was spared,” said a News18.com report on February 28.

The report said, “The loss suffered by the BSF soldier’s family was perhaps greater as they had kept all their life’s savings inside: two weddings in the family were to take place in the next three months.”

While Neha was to get married this April, Anees’s own wedding was in May. “All the things we collected all our life, jewellery…two gold necklaces, silver jewellery, it is all gone…we used to buy jewellery on instalments…used to give money every month and collected this jewellery,” the report quoted the family as having said.

Khajuri Khas is a predominately Hindu area but the family said outsiders were involved in the attack while their Hindu neighbours had asked them to leave the area and even helped them douse cars on fire.

Note: The story, originally published on February 28, has been updated and republished on March 1, 2020, with the addition that the BSF will be rebuilding the jawan’s house.