Delhi Riots: Accused Mock Victim for His Faith in the Law; Police Fail to Act

Mohammed Yakoob is one of the several victims from the Muslim community whose shop had been burnt by the rioters.

New Delhi: On the morning of February 25, 2020, Mohammed Yakoob received a phone call from a person who lived near his auto workshop in Karawal Nagar. The caller said, “Monu’s scrap shop was just burned down, Shaan’s shop was looted; they are preparing to burn yours down now.”

Minutes later, Yakoob received videos of people breaking into his shop with rods and setting his equipment on fire.

The caller was Sumit, the owner of the property on which Yakoob had been running a tyre workshop for seven years. “Saat saal se shanti se roti kama rahe hain hum; ek din achaanak hi unhe hamare Muslim hone se problem hone lag gayi (For seven years, I have earned my living here peacefully and suddenly one day, he had an issue with me being a Muslim)?” asked Yakoob. 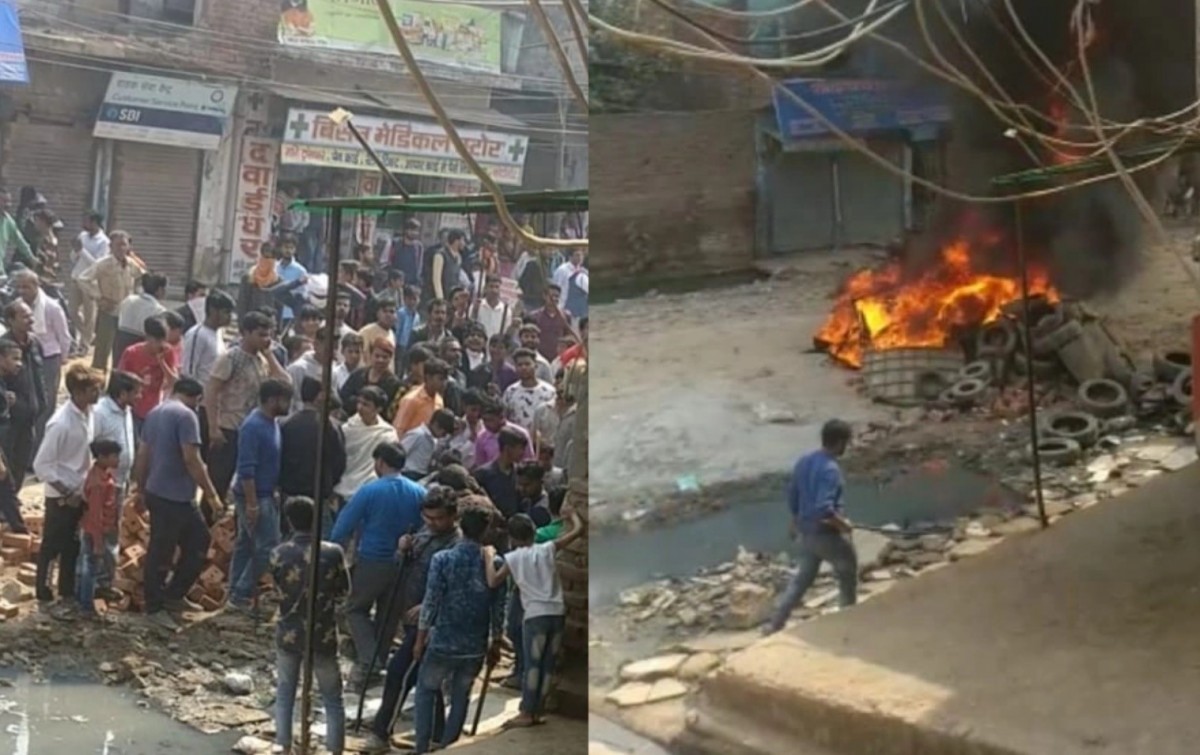 Stills from the video of Yakoob’s shop being vandalised and burnt.

Yakoob collected all the evidence he could of his shop being ransacked during the riots, and on March 18, 2020, he lodged a complaint with the police station at Khajuri Khas with the help of lawyers available at the various camps set up in the area after the riots.

He identified more than 10 rioters who vandalised his shop in a video he had received from an acquaintance living near his shop. Eight months later, only one of these rioters has been arrested and placed in judicial custody. The police have not been able to locate the rest.

The one person convicted and sent to Mandoli Jail for ransacking Yakoob’s workshop was Sumit, Yakoob’s landlord. After more than three months of judicial custody in July, August and September, Sumit was granted bail in Yakoob’s case, but continues to remain in custody due to his involvement in three other riot-related matters.

According to Jamshed Ali, assistant police sub-inspector (ASI) at the police station at Khajuri Khas, while Sumit was arrested, two of the rioters identified by Yakoob are absconding and the other seven have not yet been located.

Today, Yakoob lives in a rented house, expecting to be evicted any day because of the non-payment of dues. His children had to drop out of school because of his loss of income since his workshop was vandalised, and his wife is still traumatised by the attacks on Muslims during the riots in February.

The vandalism of his workshop amounted to a loss of Rs 12 lakh, Yakoob has told The Wire. Unable to reopen the workshop because of the harassment of Muslims by the majority community in Karawal Nagar since the riots, Yakoob has no choice but to support his family by selling his wife’s jewellery.

Early this September, Yakoob was also threatened right outside the police station at Khajuri Khas. The incident occurred when Yakoob, who had been called to the police station to sign some documents, left for home. The moment he stepped out of the police station, he saw men taking photos of his vehicle. These same men then threatened to kill him if he did not withdraw his complaint against the rioters.

Yakoob complained about the incident to ASI Jamshed Ali who, when questioned by The Wire later, has denied being told any such thing. “I don’t remember anything like this; whatever his troubles, he should complain in the police station,” he has said. However, The Wire has accessed WhatsApp messages exchanged between ASI Ali and Yakoob in which Yakoob clearly says that he was threatened by the rioters.

According to Yakoob, two of the rioters who vandalised his workshop, Vinod and Mukesh, often mock him for believing in the law of the land. “Those two often relax beside my shop, asking me what I achieved by filing complaints against them,” he has told The Wire.

Vinod and Mukesh had been identified by Yakoob from the video of the rampage through his workshop in the presence of Pavan Kumar, the station house officer of Khajuri Khas police station. Kumar had also been present when Yakoob had made his statement. However, ASI Jamshed Ali denies that Yakoob had identified these two men.

According to Yakoob, every time he sees these men – who ASI Ali had told The Wire are either unable to be found or absconding – he phones Ali. All he is told, however, is that due action will be taken.