Delhi: Muslim Man Beaten Up on Suspicion He 'Planned to Spread COVID-19'

The man had attended the Tablighi Jamaat congregation in Bhopal. 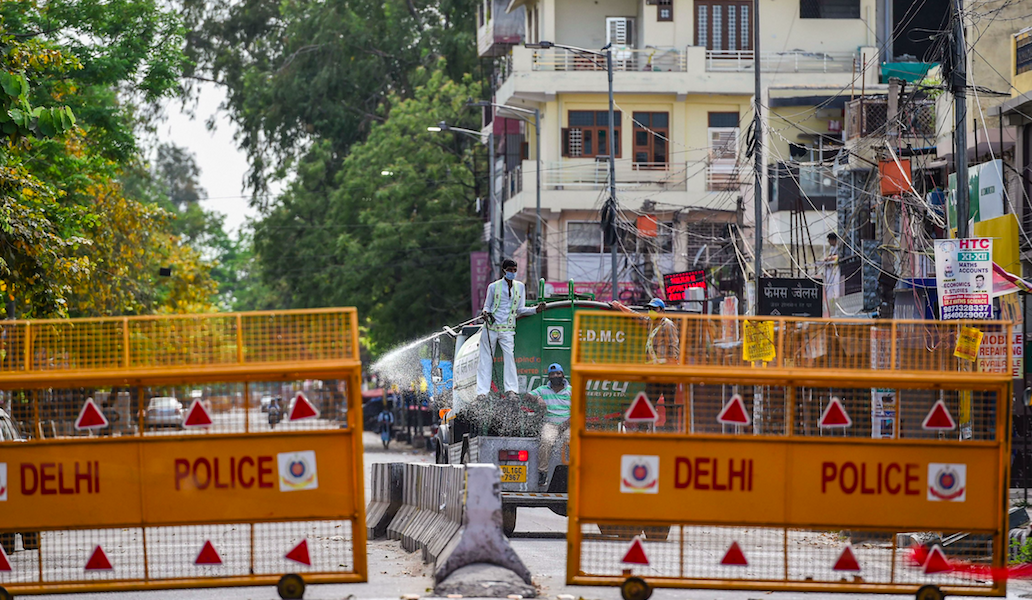 A worker sprays disinfectant on a street at Dilshad Garden, marked as a COVID-19 hotspot, during the nationwide lockdown to curb the spread of coronavirus, in New Delhi, Thursday, April 9, 2020. Photo: PTI

New Delhi: A man who had returned to his house in Bawana in northwest Delhi after attending a Tablighi Jamaat conference in Bhopal was allegedly thrashed earlier this week after some people accused him of spreading COVID-19, police said.

Three people – Naveen, Prashant and Promod – have been arrested for allegedly beating the 22-year-old, who is recovering from his injuries in a hospital, police officials said.

It was earlier erroneously reported by PTI that the man had died after being thrashed.

Mehboob Ali, a resident of Harewali village in Bawana, had gone to Bhopal for a Tablighi Jamaat conference, officials said. He was there for 45 days and returned to the national capital in a truck carrying vegetables.

Also read: A Communal Virus and Our Collective Irrationality

He got off at the Azadpur vegetable market on Sunday where a medical examination was conducted to check for symptoms of COVID-19. He left for his village after that.

When he reached there, rumour spread that he had plans to spread COVID-19.

He was thrashed in the fields and later rushed to a hospital, a senior police official said.

He was admitted to the LNJP Hospital in Delhi as a coronavirus suspect.

Ali is stable and doing fine at the isolation centre and there are no coronavirus symptoms till date, police said.

The Wire has reported on how the Delhi Minorities Commission had issued a notice to the commissioner of the Delhi police over the matter.