The complaints had been against hate speeches targeting Muslims made by the far-right leaders. 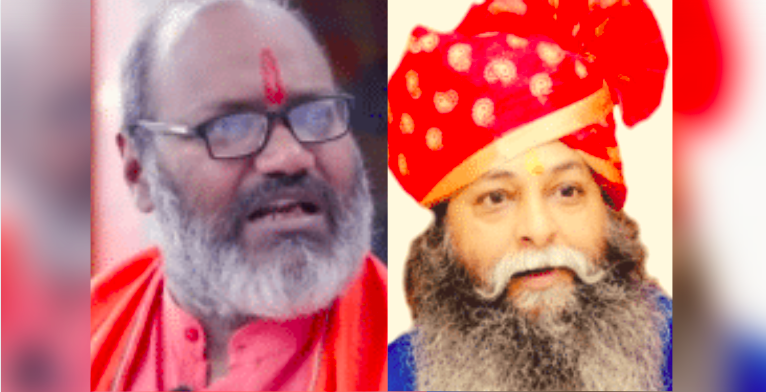 New Delhi: A Delhi court has asked for an action taken report from the Jamia Nagar Police Station in the aftermath of cops’ alleged refusal in filing FIRs on complaints lodged against communal speeches made by far right leaders Yati Narsinghanand and Suraj Pal Amu.

On August 4, law teacher Faisal Ahmed Khan, had filed complaints against the two at Jamia Nagar Police Station over anti-Muslim speeches they had made on separate occasions.

Khan waited for three days and on August 7, moved the Saket district court seeking that police be asked to register FIRs against the two.

Khan sought two separate FIRs, and for both to be charged under sections 153 (wantonly giving provocation with intent to cause riot), 153 A (promoting enmity between different groups on grounds of religion, race, place of birth, residence, language, etc., and doing acts prejudicial to maintenance of harmony), 153B (imputations, assertions prejudicial to national-integration), 295A (deliberate and malicious acts, intended to outrage religious feelings of any class by insulting its religion or religious beliefs), 298 (uttering words, etc., with deliberate intent to wound religious feelings), 504 (intentional insult with intent to provoke breach of the peace), 505-1 (whoever makes, publishes or circulates any statement, rumour or report), 505-2 (statements creating or promoting enmity, hatred or ill will between classes), and 506 (punishment for criminal intimidation) of the Indian Penal Code.

The Saket court, on August 11, asked the station house officer (SHO) of Jamia Nagar Police Station, Satish Kumar, to file an ATR (action taken report) on whether any “complaint has been made by the complainant in the police station, and if yes, what action has been taken on it”.

Metropolitan magistrate Rajat Goyal, in his orders, also asked the SHO to specify “whether any investigation or inquiry has been conducted in this regard and if yes, then what is the status of the investigation/inquiry”, and also “if any cognizable offence is made out, whether any FIR has been registered or not”.

Sarim Naved, Khan’s advocate, told The Wire that the SHO has been given time till September 27 to file an ATR in the two matters.

Khan, in his application, had stated that Narsinghanand, the chief priest at Dasna temple in Ghaziabad, has made “communally provocative statements with intent to cause riots and incite persons belonging to Hindu community to commit criminal offences against Muslims” in July.

This was in relation to Narsinghanand’s statement to media organisations in which he alleged that students of certain educational institutions, including Aligarh Muslim University, Jamia Millia Islamia and Darul Uloom Deoband, cannot bear true faith and allegiance to the constitution of India or uphold the sovereignty and integrity of India.

The application also stated that Narsinghanand advocated the bombing of these institutions, intending to criminally intimidate the Muslim community. The application read, “He called for a total boycott of Muslims and their religious texts and establishing a nation free/devoid of Islam or anything associated with it.”

Further, the application said that he “deliberately and maliciously insulted Aligarh Muslim University with the accusation of breeding anti-nationals and violators of human rights, with the intention of outraging the religious feelings of Muslims studying in it…”

The application also stated that the SHO of Jamia Nagar Police Station refused to file an FIR. It also mentioned that an email sent by the counsel of the complainant to the concerned DCP regarding the refusal by the SHO to receive a copy of the complaint letter and register an FIR also remains unanswered.

On the other hand, the application seeking an FIR against Suraj Pal Amu, Karni Sena president, is in relation to the speeches made by Amu on May 30 and July 4 at two separate mahapanchayats organised in Indri, Nuh, Haryana; and Pataudi town, Gurugram, Haryana.

Khan’s application stated that the speeches were made “with the intention of outraging the religious feelings of the Muslim community, to disturb public peace and tranquillity, and to cause fear and alarm among persons belonging to the Muslim community”.

The first instance refers to a mahapanchayat that was organised in Indri, Nuh, Haryana and was attended by about 50,000 people on May 3o two weeks after the murder of Asif Khan, whose family had alleged that he was lynched due to his religious identity in Haryana.

In this mahapanchayat, the application stated, a speech was delivered by Amu “in an attempt to stoke communal tensions, which were already running high in the area due to the said incident”.

The speech as quoted in the application read, “Those who are real Hindus please raise your hands. If there are any children of Pakistanis sitting here, they may also raise their hands. ‘Asif was killed by Patwari, Advani’…He was neither murdered by Patwari, nor by Advani. If he has been murdered, it is because of his deeds, dare to say this. We are not guilty, our boys are not guilty. They make nude photos/ videos of our sisters and daughters and we cannot even murder them?”

Patwari and Advani are the names of the men who were accused in the case relating to Asif’s killing. The application stated that the names of the two accused persons were “glorified” by Amu with the intention of encouraging people to follow in their footsteps.

Around five weeks later in Pataudi, the application stated, in another mahapanchayat, Amu “urged the crowd to destroy mosques and stop every attempt that is made at building mosques”.

Satish Kumar, Jamia Nagar Police Station SHO, when contacted by The Wire said that the “two matters were not of Jamia Nagar jurisdiction”.