Countering Bigotry in the Indian Classroom

Young people (teenagers, especially) are open to reason and there is a very good chance they will listen to facts if we will but dialogue with them calmly, objectively, and respectfully. 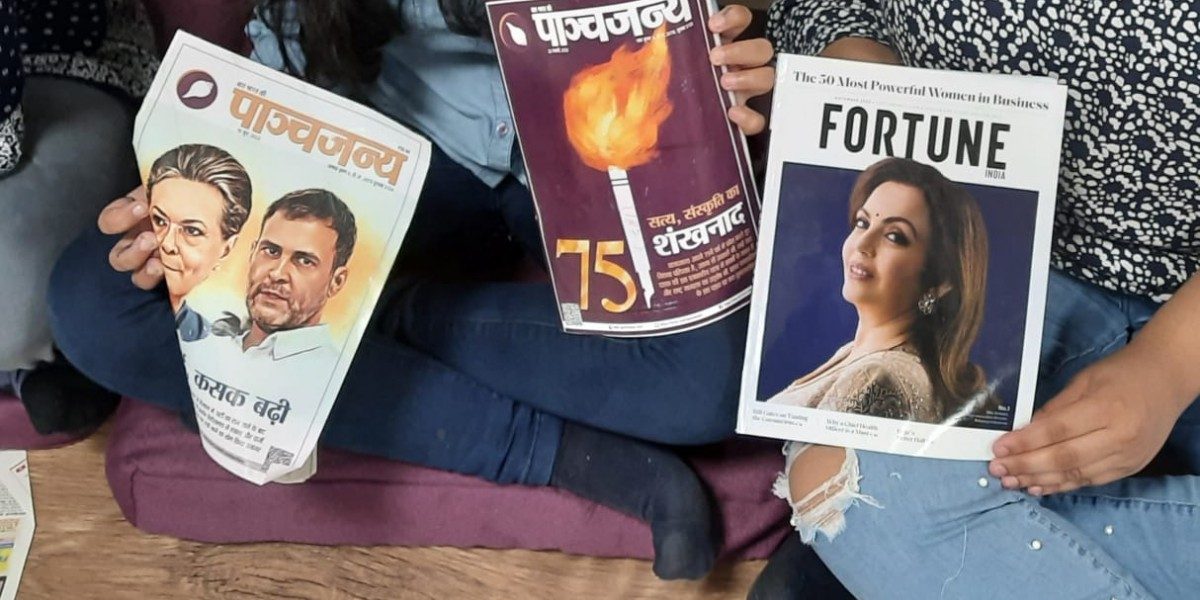 For many years now I have conducted a workshop called ‘Finding You’ for high school students. It is aimed at helping teenagers find their own unique voice and identity, and deal with the existential angst that invariably accompanies the adolescent years. One of the activities during this workshop involves students cutting and pasting pictures from magazines and newspapers and making individual collages depicting their hopes, dreams and unique personalities. For this purpose, I ask them to bring old magazines and newspapers from their homes.

The COVID-19 pandemic and the resultant closure of schools, however, brought a two-year hiatus in these sessions. As I resumed workshops once again this year, I wondered just how much the students’ worldviews have changed over the last couple of years, considering how Hindutva propaganda has now all but saturated print, electronic and social media.

I found my answer soon enough. In the years before the pandemic, students would bring magazines like India Today, Conde Nast Traveller, Vogue, etc. for the aforementioned collage-making activity. This time, to my consternation, I saw something I have never seen before in the pile – copies of Panchajanya, the RSS publication that openly advocates the idea of a Hindu rashtra. I decided to hold my peace and see how things developed. And develop they did!

As they were making their collages, the topic of ancestry came up amongst a couple of them. One of them cheerfully remarked to the other, “My grandparents came from Pakistan and I wouldn’t mind visiting it for a bit. I’ve heard the people there are quite hospitable and the food is great!”

The other student, a girl, immediately retorted, “I would never go there! I hate Muslims!”

Overhearing this, I said, “That’s a strong statement! Why do you hate Muslims? Have they ever done anything to hurt you?”

“Well, no…” she responded hesitantly, “but my parents tell me they are dangerous people.”

“But have you personally interacted with any Muslim people to know this for sure?” I persisted.

“I haven’t,” she replied with a tone of finality, “but my parents hate them, and so do I.”

The thing I had been afraid of had happened. The poison of communalism had entered their minds and homes. That night I tossed and turned, wondering how to address this. The following morning, I decided to talk about prejudice and asked the students for examples of stereotyping. They came up with many, and finally the student who had wanted to taste Pakistani cuisine said slowly and tentatively, “I hear all the time that all terrorists are Muslims.”

I asked the class how many of them had heard that before as well. Slowly, they all raised their hands.

I asked them if they remembered the first major lockdown in March 2020. They said they did. Just to refresh their memory, I reminded them how, as the country went on a 21-day lockdown with only four hours’ notice, lakhs of migrant workers suddenly found themselves out of work and without money or a place to stay. Unable to sustain themselves in the cities, and with no transport available to return to their hometowns or villages hundreds of kilometres away, they simply started walking or cycling home. Many were beaten by the police. Some were sprayed down with chemicals. Many died on the way.

I told the students that a couple of days after the migrant exodus began, a friend of mine sent me an anguished message in the middle of the night saying, “We need to help these people!”

The next morning this friend, who is originally from Sitapur in Uttar Pradesh but who was living in Delhi at the time told me he was getting desperate appeals for help from migrant workers from Sitapur who were stuck in Delhi. He suggested we try to hire buses and help these people get home. I agreed.

We called the project ‘Destination Home’ and put out an appeal on social media. Within hours, help started pouring in and by the end of two months we had managed to send nearly 2,000 migrant workers home by bus and train.

I told the students how difficult it was to get permissions at that time for these buses to cross borders and how my friend not only ran from pillar to post every single day in the blistering heat of summer to get bus permits, but how he also arranged food packets for these families and called every single migrant worker on his list to make sure no one was left behind.

I showed the students photos and videos of the migrant workers boarding the buses, including four who had bicycled to south Delhi all the way from Sonipat on the hottest day of the year just to be able to get on one of these buses and go home to Sitapur, and who had blistered hands and swollen feet as a result.

Suffice it to say, the students were moved.

Children of migrants waiting to go home during the lockdown. Photo: Rohit Kumar

And then I said, “By the way, this friend of mine that I’ve been talking about, his name is Zartab bhai. He is a Muslim and he did all this while keeping his rozas. Still think Muslims are awful people?”

What followed next was ‘pin-drop silence’. And then slowly, one student started clapping, followed by another and then another. The whole class then burst into sincere, heartfelt applause that went on for a long time. It was a beautiful moment.

An animated discussion about the importance of resisting bigotry ensued. Much of the class confessed that they too had believed there is something intrinsically ‘dangerous’ about Muslims, but that this story had given them something to think about. (It was interesting to note that there were no Muslim students in this class.) We finally arrived at the conclusion that it is wrong and dangerous to stereotype people by religion or community.

The girl who had been convinced she ‘hated Muslims’ told me she was embarrassed by how wrong she had been in her sweeping generalisations. I commended her for being willing to change her mind. I wondered if she would discuss this with her parents. If she did, I wondered how they would respond.

It is tempting to fear that in the face of Hindutva’s relentless propaganda onslaught our youth are all but lost to critical thinking, but this is not true. As this experience showed, young people (teenagers, especially) are open to reason and there is a very good chance they will listen to facts if we will but dialogue with them calmly, objectively, and respectfully – and with real-life examples of the values we espouse.

Rohit Kumar is an educator and can be reached at letsempathize@gmail.com.