Communal Virus Injected into Diaspora, and the Culture is Growing

Incidents like the violence in Leicester are only going to increase and spread elsewhere unless local governments take decisive action. 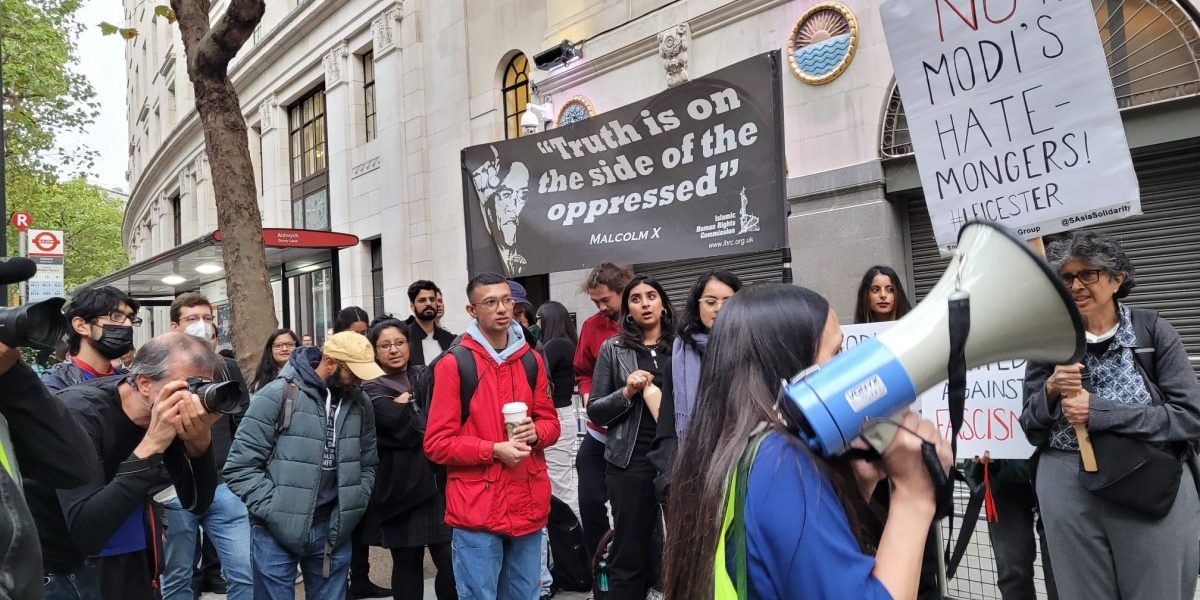 For long, Indians living in other countries were called the ‘model minority’, with high levels of education, good median incomes and a professional work ethic. They are law-abiding and work diligently. They teach their children not just culture but also good values and the importance of education, and they go on to win spelling bees.

But that stereotype is showing cracks and fissures, and in the most ferocious ways. A side of Indians never seen before has burst into the open, and local administrations and politicians are taken by surprise.

There was violence among Hindus and Muslims in Leicester, Hindu groups attacked Sikhs in Australia, and a New Jersey church had to cancel a talk by Sadhvi Rithambara following an outcry. In the same state, a march conducted by local Indian communities with bulldozers bearing posters of Yogi Adityanath and Narendra Modi was sharply condemned by local politicians, including two senators.

The Leicester violence has shocked the locals, who say that it was always a peaceful town, where Hindus and Muslims lived side by side. Local MP Claudia Webbe warned that the phenomenon could spread elsewhere, and blamed “fringe elements… inspired by extremism and right wing ideology rearing its head in the UK.”

Indian politics, centred on aggressive Hindutva, has infected the diaspora. Community and religious differences were always present among local NRIs, but not to the extent of causing public violence. Right-wing Hindu groups are now present in every country, the outcome of years of ideological brainwashing by organisations from India which are funded locally, in the name of spreading Indian culture. Diasporas often want a connection with India, and are happy to send their kids to dance and music classes, accompanied by some religious preaching, which swiftly becomes ideological.

Add to that social media, which is full of hate messages and fake news – what we get to see at home is what reaches Indian communities far and wide, no doubt tailored to their needs. Webb has mentioned the role of social media and several academics and observers have also pointed it out. Videos show a flag being pulled down outside a Hindu temple, and the local High Commission condemned the “vandalisation of premises and symbols of Hindu religion”.

A new dimension has been added by the official patronage of Hindu groups by Indian diplomatic missions in foreign countries, which now show no compunction in privileging Hindus in NRI communities. Yogis and sadhvis of various kinds are hosted by the missions and select groups of local Indians are invited to meet them.

Stir up the mix and the result is clear – simmering tensions that will boil over. In Australia, the trigger was the farmers’ agitation by mainly Sikhs; in Leicester, it was the Asia Cup match which India won against Pakistan. The Leicester police have arrested 18 men, of whom eight came from ‘outside’ the county, but presumably they are also UK residents. A Hindu was deported from Australia after the violence there and received a rousing welcome in India, exactly like the convicted rapists of Bilkis Bano were garlanded by Hindus in Gujarat. Could the message be any clearer?

NRIs and PIOs have long been fertile ground for the Sangh and Narendra Modi is a bonafide star among them. In the first flush of his victory, Modi held public meetings in sports stadiums in the US, UK, Canada and elsewhere. Wherever he went, he received a rousing welcome, with local politicians in attendance, like in New York in 2014. The Indian media sent correspondents to cover the events.

The enthusiasm has tapered off somewhat, but that does not mean that the groundwork has stopped. American activists have long said that many politicians and administrative officials are supported and funded by local Hindutva-oriented groups, and they pursue Hindu agendas.

This newfound aggression is not limited to hostility towards other communities. Academics, especially those who do research on India, are frequently targeted in vile and threatening terms. A conference on Dismantling Global Hindutva in Boston was attacked by Hindu groups and participants were subjected to the vilest abuse. In Australia, 13 academics resigned from the Australia India Institute, protesting against the Indian High Commission’s interference.

Indian diaspora politics is mirroring what is happening back in India. The same polarisation, the same social media campaigns, the same political and official patronage and the same violence. Dissent, even a different point of view, is not tolerated, neither from the local pro-Indian government groups nor by the diplomatic missions.

The violence in Leicester is likely the beginning of more such tensions. There is a new, ugly mood in Hindutva groups not just in Britain but also elsewhere. There will be retaliation, and the cycle will begin. This is the kind of thing that needs assertive management by local governments, not the soft approach of multiculturalism or simply appealing to community elders. They have been warned.