How Communal Politics Is Another Face of Patriarchy 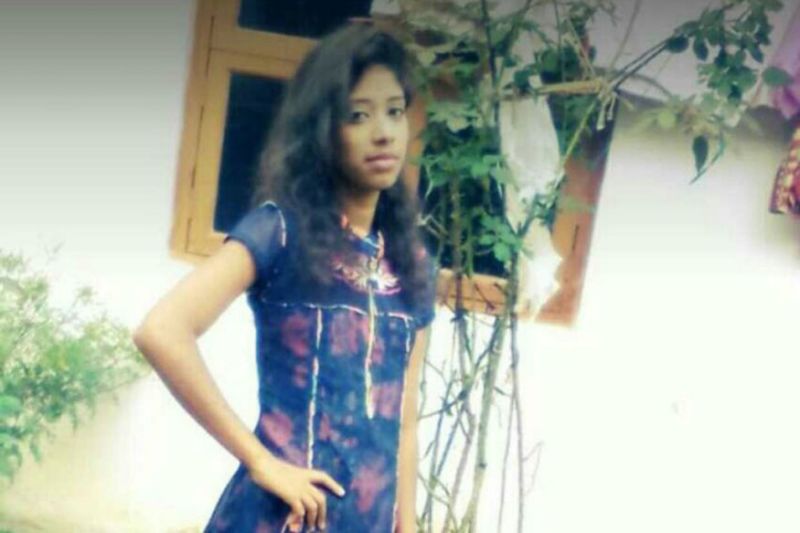 There is a part of an old Kannada song that has remained with me throughout my life, the words of which go something like this, “keliddu sullagabahudu, nodiddu sullagabahudu, nidanisi yochisidaaga nijavu thilivudu” (what is heard may be a lie, what is seen may be a lie, one understands the truth only when one thinks through). I am reminded of this verse more and more in the present political environment. As elections in Karnataka approach, political rhetoric is reaching a crescendo even as citizens’ rights and lives are fading away. Somewhere along the line, we have forgotten to pause and think about what is happening around us, and to us – socially and politically.

Dhanyashree, a 20-year-old girl, committed suicide in my hometown of Mudigere, Chikkmagaluru district in Karnataka on January 6, 2018. According to media reports, a young man, Santosh, questioned her for associating with a Muslim boy. According to reports, after being questioned over caste and religion while chatting with Santosh on WhatsApp, Dhanyashree had replied that she loves Muslims and how she leads her life is her choice. A screenshot of this private conversation was circulated all over social media by Santosh, clearly to foment trouble against her. Five young men, including leaders of the Bharatiya Janata Party outfit, Yuva Morcha, strode into her home, threatened her and her mother, and accused the girl of ‘roaming with a Muslim man’ and paving the way for ‘love jihad’. The suicide note left behind by Dhanyashree reportedly indicates that pressure from Hindutva groups, threats on social media and a disinclination to live a life as dictated by a few drove her to end it. This is not the first such incident, nor will it be the last.

Also read: How Not to Imagine the National Community

The response of a BJP leader that their party workers did nothing wrong and were just trying to inform the girl’s family of the dangers of ‘love jihad’ reflects not just communal politics but regressive patriarchal intent. He even undermines the mother’s complaint by saying that none of the men from the girl’s family have accused anyone of harassment. The proponents of Hindutva believe they have the right not only to draw the lakshman rekha, but also the exclusive privilege to breach it when they so desire. It is this male intrusion that strangled the girl even before the noose did, and the culprits will have to be held accountable. The bogey of ‘love jihad’ is a brutally constructed political agenda combining patriarchal notions of ‘our women’ and how to control them, and communal notions of ‘their men’ and how to deal with them. While the central issue in communal politics is of religious identity and a desired prevalence of the majority community over the minority, communal politics is nothing but another face of patriarchy where women are treated as the property of men, a symbol of community identity who need to be controlled and reined in, where women have no choice to love. Communal politics affects women far more adversely than it affects men. Supporting right-wing religious politics with a fear of the ‘other’, as is starkly visible here, exposes women to further oppression by their ‘own’ men. In the name of religion and religious identities, a woman just about eligible to vote is forced to end her life even before she casts that vote.

It is time to pause and reflect on how women’s lives are affected by this brazen display of patriarchal impunity and regressive form of religious machismo. We have forgotten that Karnataka is the land of Akkamahadevi, who, in the 12th century, created a space to express herself. The space where women speak without fear is already small and is shrinking at a fast pace. B.R. Ambedkar said, “Unity is meaningless without the accompaniment of women, education is fruitless without educated women and agitation is incomplete without the strength of women”. It is time for women to re-envision society and polity in our terms, and to foreground our concerns as citizens. We are entitled to be treated as adult voters in a democracy and not merely as subjects of patriarchal notions of pride and honour. We have to demand a change, not just in legal doctrines and societal norms, but in political ideologies.

Veena Gowda is a women’s rights lawyer based in Mumbai.