The case of Assam tells us that anti-Muslim hatred is not just instrumental and cannot remain temporary, it is a political and social pathology. 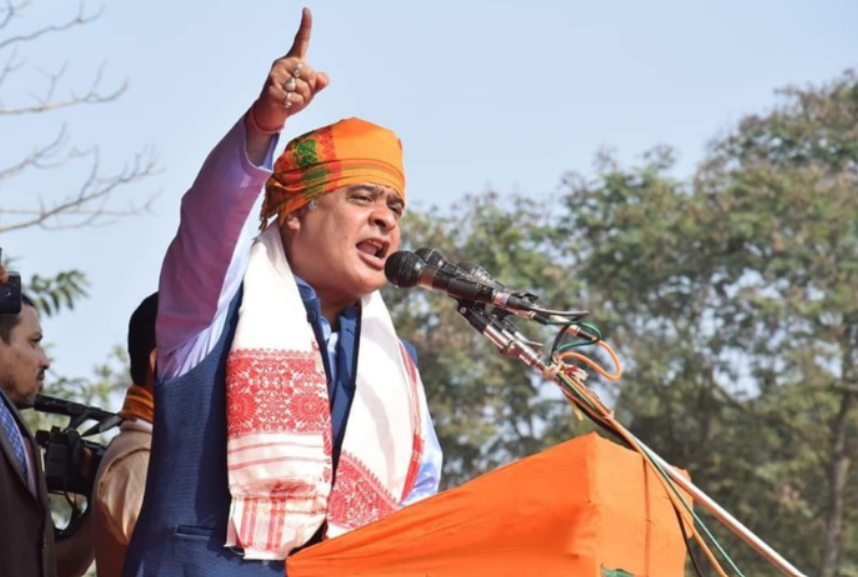 Scholars and political observers say we should understand the recent surge in hateful campaigns and violence against Muslims and Christians in Gurgaon, Madhya Pradesh, Uttar Pradesh and elsewhere in the context of the forthcoming elections in states including UP, Uttarakhand and Goa. They explain the communal pitch as a ploy by the Bharatiya Janata Party to take voters’ attention away from the real issues of inflation, unemployment, hunger, etc. And they counsel us not to panic since this communalism, even if not welcome, is understandable as an electoral strategy by the BJP to create a majority for itself.

Normalcy will return once the elections are over, they believe. We are asked not to read too much into the statements of the Union home minister referring to the false story of an “exodus” of Hindus from Kairana, or the false claim of the UP chief minister that all ration supplies were being cornered earlier by Muslims, or the invocation of Aurangzeb or Ghazi Salar by the prime minister. This is just the BJP trying to get its voters together.

One never asks why, even if only to mobilise Hindu voters, the BJP and its leaders have to keep anti-Muslim hatred alive. Can they not attract a Hindu to the election booth who is not driven by anti-Muslim hatred? Other parties too need voters. Why is it that they do not have to create an ‘out-group’ which is in conflict with their ‘in-group’?

The argument that this is temporary and will pass is facile, and has been proven wrong by the leaders of the BJP. They know that for anti-Muslim hatred to sound authentic to the electorate, it has to be turned into a routinised drill in everyday life. You cannot talk about it only in election campaigns and then forget about it. The constituents have to be turned into habitual Muslim sceptics, if not active haters.

To understand this, we have to see how Assam is being torn apart into two enemy groups, sadly by none other than the chief minister of the state himself. Khilaunjiya or indigenous, and outsiders or ‘infiltrators’ – to be decoded by his constituents as Hindus and Muslims. Those who thought that it was only an election strategy to mobilise a majority for his party should realise the elections are long over. The CM is safe in his seat. There is no insecurity which should compel him to take resort to this brahmastra.

Why has he has made it a vocation to drive a wedge between Hindus and Muslims, to create and keep alive a fear of Muslims alive in the minds of Hindus? He also incites violence against Muslims cleverly, in thinly-veiled language which is not difficult for his electorate to decipher – especially with the kind of political and cultural ethos embedded by that strain of Assamese nationalism which strives on anti-immigrant hate. He knows that the BJP in Assam is the current benefactor of anti-Bangladeshi sensibilities cultivated by Assamese nationalists for over a century.

Recently, Himanta Biswa Sarma gave a statement which should have drawn rebuke and disgust but was applauded by the Assam media. The context was Gorukhuti in Darrang district, the place where two civilians were gunned down and from where the image of an official cameraman kicking a dying Muslim farmer had shocked the world. But the conscience of the chief minister remained unshaken; he rationalised the killings and said the drive against ‘encroachers’ must continue. He, the chief minister of Assam, the man  in charge of the well-being of those killed, did not have a word of condolence for their families. Instead, he asked why they protested.

Months after that brutality, he referred obliquely to the killings, saying it was an act of revenge for a past ‘atrocity’: “In 1983, young Assamese boys were murdered in Darrang district… today Assam is bound to take some degree of revenge for those deaths.”

In Assam, after the failure of the National Register of Citizens drive to ‘weed out’ Muslims from the Axomiya universe, the ‘lawful’ and secular method of an anti-encroachment drive is being used to evict Muslims from their lands. The chief minister says that the land belonged to the Assamese, and was taken away from them by the “illegal” people. He is now restoring it to the rightful Assamese people.

The chief minister would like Hindus to believe that it is not only land but other occupations as well which are being taken away from them, by Muslims. In his book of speeches, Eta Xopunor Pom Khedi, he claims that under the leadership of Badruddin Ajmal, who started institutions like Super Sixty, a ‘conspiracy’ is in progress to snatch medical, education and engineering seats ‘from us’. He says that taking advantage of the lack of interest of Assamese youth in becoming pharmacists, nurses and laboratory technicians, ‘they’ have entered (these professional courses). He warns readers that today ‘they’ have made their entry into various technical professions, taking advantage of the lack of willingness to work by Assamese youth. Gradually the ‘Miyas’ are cementing their position by entering into the mainstream of our social, economic life, he writes (this is a loose translation of his words).

Also read: Why Are Dharma Sansads Being Held in Chhattisgarh Under Bhupesh Baghel?

Who is ‘they’? Why should an educational endeavour be condemned as a conspiracy to snatch jobs from Hindus? It’s true he never says Hindus or Muslims, but the listener or reader gets the message. Why should his electorate be warned that if a particular fellow Assamese, Ajmal, becomes the chief minister, which is his constitutional right if elected with a majority, it will be doomsday for the Assamese? Why should Muslims be criminalised?

The case of Assam tells us that anti-Muslim hatred is not just instrumental and cannot remain temporary –  it is a political and social pathology. It has to be turned into socio-political practice. It is not only in the events of communal violence like 2002 or 2013, when people’s personal identities dissolve into communal identity. Now through speeches, small-scale violence and their publicity, the targeted group becomes homogenised, depersonalised and dehumanised, fuelled by the passions of hate.

Sudhir Kakar, in his book Colours of Violence, notes that love towards one’s own group is often accompanied by immense hate towards the group they despise. This duality of love and hate has its function. For those who hate, the function is to maintain a psychological distance from the enemy. The enemy in that sense, as Kakar notes, is the “reservoir of our unwanted selves and negative feelings” and “when the salience of one’s religious-cultural group increases markedly, the feelings of love connected with the early identifications revive, as do the hate and rage associated with the targets of externalisation”.

This violence targeted against Muslims has not yet been able to provoke Muslim into reacting with counter hate or violence. Ironically, this has not led to introspection on the part of those Hindus under the influence of Hindutva but a confidence that the hate and violence of the Hindutva organisations is justified, otherwise why are those being targeted not protesting? The silence of Muslims after the adoption of the new law which criminalised invalid divorce (but only by Muslim men and not by men of other religions) or the unjust Babri Masjid judgment has further fuelled Hindutva recklessnesss. We need to recognise that this hatred and violence is real and will ultimately split India, first as a society and then as a nation-state.

Apoorvanand teaches Hindi at Delhi University. Suraj Gogoi is a doctoral student in sociology at National University of Singapore and tweets at @char_chapori.