Why the CAA Is More Lethal Than a Projected NRC

The seemingly compassionate CAA not only introduces religion as a marker for the grant of citizenship but seeks to demarcate one and only religion as a persecutor – thus furthering the domestic political agenda of the Hindutva forces. 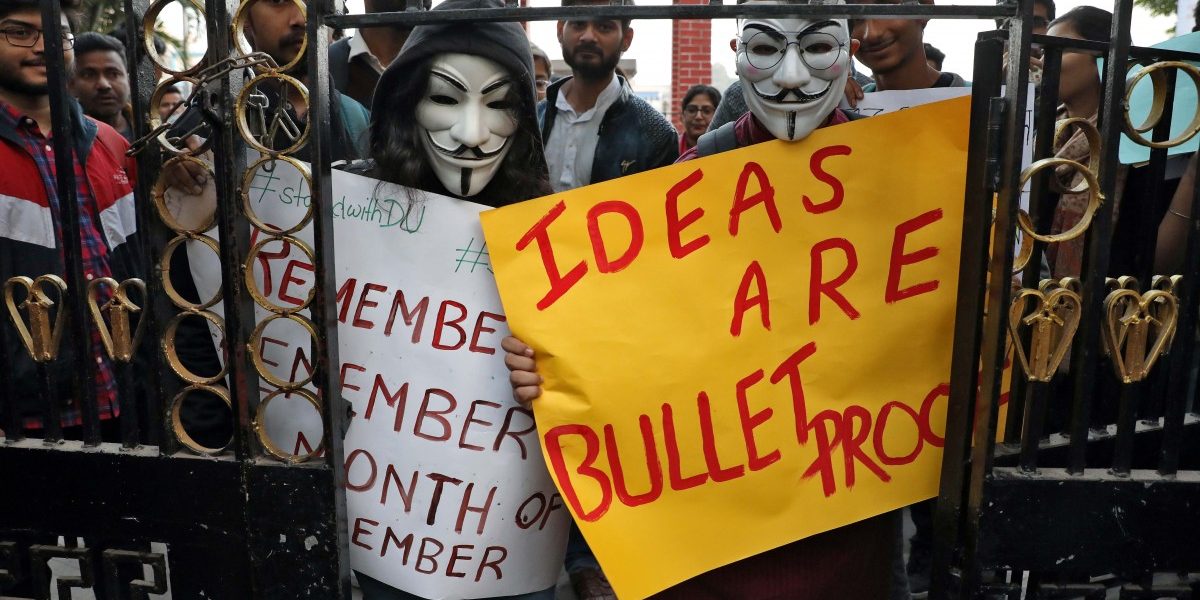 Among the many debates on the current imbroglio, there are voices which suggest that the Citizenship (Amendment) Act is somehow a lesser evil than the projected nationwide National Register of Citizens. Important allies of the ruling Bharatiya Janata Party like the Janata Dal (United) seem to have taken such a position, although there have been a few voices within it who have disagreed. This sort of ameliorative position on the CAA involves, in my view, a grave misjudgement of what is intended by this seemingly compassionate act of providing citizenship to non-Muslim minorities from three Muslim-majority countries.

Whereas the scale of the consequence issuing from the CAA may well be less than alarming – barring the intent to regularise non-Muslims designated ‘illegal immigrants’ in the Assam NRC – the principle that informs its conceptualisation  is potentially lethal to the continuance of a secular republic.

Supporters of the CAA, who include some apparently well-meaning non-Hindutva Indians, argue that, after all, the implementation of the CAA will have no bearing on those who already are Indian citizens; so why the hue and cry.

Well, here’s why: In according not just refugee status (note that India is still not a signatory to the international Refugee Convention of 1951, which it indeed should be) but citizenship to individuals from designated religious communities to the exclusion of one religion, the Indian state would have for the first time adopted a non-secular principle of citizenship.

Also read: The NRC Will Backfire. Here’s Why

The simple point is that once admitted into India, the ostensibly persecuted would stand to become citizens not on any existing constitutional parameters but on religious considerations. Thus, whereas the disingenuous argument that no existing citizen may be affected by this new law may be true, in fact something much more heinous would have happened to the character of the state itself in subverting the secular constitution within which existing citizenship finds validity.

Some 200 million Indian citizens would have been told that their religion is somehow at the heart of the persecution that is sought to be rectified, since such new recruits to citizenship will come exclusively from three designated Islamic states. This move would then nicely gel with the Hindutva narrative that only Muslims have persecuted Indians through what the Hindutva historians dub “Muslim” rule in India. In this Jungian recourse to a manufactured collective unconscious, the record of persecutions engaged in our history by non-Muslim rulers would stand relegated to oblivion.

This insidious line of thinking is buttressed by the concomitant fact that persecuted Hindus in Sri Lanka, or persecuted Christians in Bhutan, or Madhesis in Nepal, or Rohingya in Myanmar are not a part of the CAA, suggestive of the Hindutva dogma that non-Muslim states  cannot be religious persecutors. How, perish the thought, can Buddhists in Sri Lanka and Myanmar, or fellow-Hindus in Nepal, after all, be regarded as capable of persecuting  anyone on religious grounds!

The seemingly innocuous and compassionate CAA, then, is a thin end of a wedge that seeks to demarcate one religion as a persecutor and exclude other religions from such predilections. It is thus not hard to imagine how an ideological stance of this sort would not but impact the collective psyche of Indian Muslims, whose citizenship may well not be affected by the CAA but whose self-perception would not but be severely debilitated as a class, if you like, by this misreading of history and contemporary realities.

The CAA then has the effect  of putting one isolated religion in the dog-house not just in the three designated countries but on a far larger  ambit of reference that inevitably includes Islam in India as well. Since the Hindutva forces seek pointedly to locate the CAA within a revived memory of Partition, the new law also has the potential to propagate the view that atrocities were then committed only by Muslims on non-Muslims, a position that runs patently foul of the tragic bipartisan character of that unconscionable episode in the life of the sub-continent.

Such a construction of religious communities may in time to come have a more cascading legal and cultural consequence within India than we are now allowed to contemplate.

Once the demarcation is made current, many aspects of India’s collective life may bear the fall out. A concomitant logic resides in the Hindutva argument that Ahmediyas, Shias and Hazaras cannot be considered persecuted sections because they constitute an “internal” schism within Islam, and therefore, do not qualify for external intervention. This cleverly pre-emptive move forestalls the likely argument that any other country may have any locus, for example, to consider citizenship for persecuted Dalits in India, since, like the Ahmediyas, Shias and Hazaras, Dalit issues are “internal to Hinduism” and thus outside the pall of international concern.

The CAA, then, bears the seeds of causing a disjunction both within the constitution and the social/religious plurality of India that can promise to Hindutva forces further long-term recalibrations of both the nation and the state.

The country-wide resistance to the CAA, cutting across communities, is evidence of the fact that “we the people” are wiser to the totalised meaning of the CAA legislation than its proponents profess. Indian citizens out protesting may be credited to have sensed that what seems just a snow flake is propelled by an avalanche that harbours menace for the constitutional republic.

That the government of the day is unable to answer with any humanist conviction why the new law should not include all “persecuted minorities” from all neighbouring countries gives its sectarian game away. Agonising as it does for persecuted Hindus and Christians, for example, it is unable to convince the polity about the basis on which Sri Lankan Hindus and Bhutanese Christians should not find a place within its bleeding-heart schema.

The NRC project, by contrast, as many have remarked, may have the intent of excluding Indians of a particular hue from citizenship, but will in effect be a class-based onslaught that will impact impoverished Indians across the board — a fatal exercise akin to the disastrous demonetisation one.

As many have pointed out, if documents like the Aadhar card, voter ID etc., are also likely to be legitimised as proof of citizenship then the need for the NRC exercise is futile ab initio since some 90% of the populace is already on the record to state agencies. It is also the case that the proposed exercise may indeed never happen, since a plethora of state governments, including those friendly to the ruling party, have already made known their intent not to implement it. The more canny political purpose will of course be served in carrying on with the resolve to implement the NRC, namely to keep the vast masses embroiled in this  mortal fear of exclusion so that the real issues of livelihood and governance are side-tracked for as long as possible.

However, should the government insist on the exercise, overriding opposition, it may indeed generate chaos from which the republic may not recover for generations. And if that chaos includes seeking to use the NRC for nefarious sectarian  purposes – to exclude Muslims and regularise non-Muslims – it is again the CAA that would have enabled that project. It is, therefore, the CAA that remains a game-changing challenge to the realm; which is why the peaceful mobilisation of mass democratic resistance to its continuance remains warranted.