The Language of the Uighur Holocaust 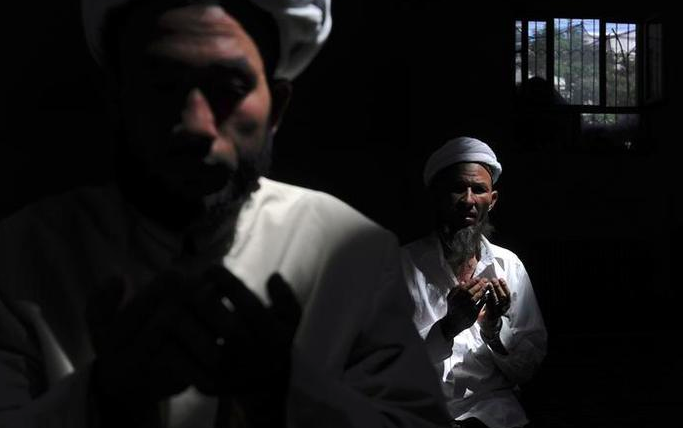 The recent leak of Chinese Communist Party documents to the New York Times offers a chilling glimpse into the 21st century’s largest system of concentration camps.

A million Uighurs and other Muslim minorities are now detained in a Chinese operation that combines the forced labour and re-education of Mao-era laogai with the post-9/11 rhetoric of the “war on terror.” US President Donald Trump’s Muslim ban, border camps crowded with migrant children and America’s global archipelago of so-called black sites detaining terror suspects deserve condemnation. So too do the concentration camps of the world’s newest superpower.

Another haunting parallel is the language Chinese officials use to justify their actions. Speaking of the concentration camps of totalitarian Europe, the late social theorist Zygmunt Bauman, himself a Polish Jew and Holocaust survivor, wrote that “gardening and medicine” have offered “archmetaphors” for the management of unwanted populations.

To cultivate a garden is to ensure the survival of some plants while eliminating others. Gardens require fences, walls and the extermination of weeds. As if to illustrate Bauman’s point, a Chinese official in Kashgar recently informed a crowd of Uighurs:

“You can’t uproot all the weeds hidden among the crops in the field one by one. You need to spray chemicals to kill them all.”

The tenderly pruned gardens of classical China were peaceful retreats for poets and philosophers. By contrast, the association of human beings with noxious weeds and the Chinese Communist Party’s embrace of industrial agricultural metaphors have yielded dystopian results.

More than anything, Chinese statements about Uighur concentration are saturated with the language of disease. Likening Islam to a contagion, an official Communist Party document suggests Uighurs have “been infected by unhealthy thoughts.”

“Freedom is only possible,” it adds, “when the ‘virus’…is eradicated.”

In an exercise in victim blaming for which cultural theorist Susan Sontag argues medical metaphors are especially conducive, Chinese officials have warned: “If you were careless and caught an infectious virus, like SARS” (a scenario that led to mass medical detention in China in the recent past), then “you’d have to undergo enclosed isolated treatment. Because it’s an infectious illness.”

Chinese officials are thus defending the camps as quarantine cells that will safeguard China from the Uighur epidemic while eliminating religious and cultural pathogens.

The human body has long served as a metaphor for state and society both in Western and Chinese thought. And medical analogies have proven central in the political calculus of extrajudicial detention. With a pseudo-scientific endorsement, policy-makers around the world have classified unwanted populations as parasites or social pathogens that need to be cured, physically isolated or excised completely.

The first concentration camps in contemporary history, established by Britain during the Anglo-Boer War (1899-1902), were directly inspired by plague quarantine camps in India and South Africa. The goal was to “cleanse” besieged towns of “disease, crime and poverty” by introducing wartime refugees to sanitary enclosures administered by British
medical officials.

The biological metaphors revealed by the Chinese government’s recent document leak, however, find their most sinister analogies with Nazi Germany.

“The battle in which we are engaged” against the “Jewish virus,” Hitler proclaimed, “is of the same sort as the battle waged…by Pasteur and Koch. We shall regain our health only by eliminating the Jew.”

A germaphobe, Hitler imagined fighting “battles against a veritable world sickness, which threatens to infect the German people, a plague that devastates whole peoples.” In this imaginary landscape, Nazi apologists invariably depicted concentration camps as sanitary spaces that isolated Jewish “parasites” in the name of racial hygiene.

The genetic emphasis of Nazi racism ultimately meant “curing” Jews was an impossibility. By Hitler’s logic, outright extermination — or “euthanasia” in sanitized state-speak — was the only recourse. China, by contrast, holds out hope that Uighur camps, or “re-education hospitals”, can cure their “patients” and thus “clean the virus from their brain.”

Yet like cancer, Chinese Communist officials fear, “there is no guarantee the illness will not return.” And just because an inmate has “recovered from the ideological disease doesn’t mean they are permanently cured,” the documents reveal.

The language of disease justified some of the 20th century’s worst crimes. If left unchecked by the international community, China is poised to continue that tradition in the 21st century. And where China leads, others are likely to follow.

Aidan Forth is assistant professor of history, MacEwan University.