The Chief of Counterfeit Grief

I felt a sense of unease as I read the words of the first servant of the nation: it was as if a dagger, thrust in my heart, was being twisted and I could sense the delight of the hand behind it. 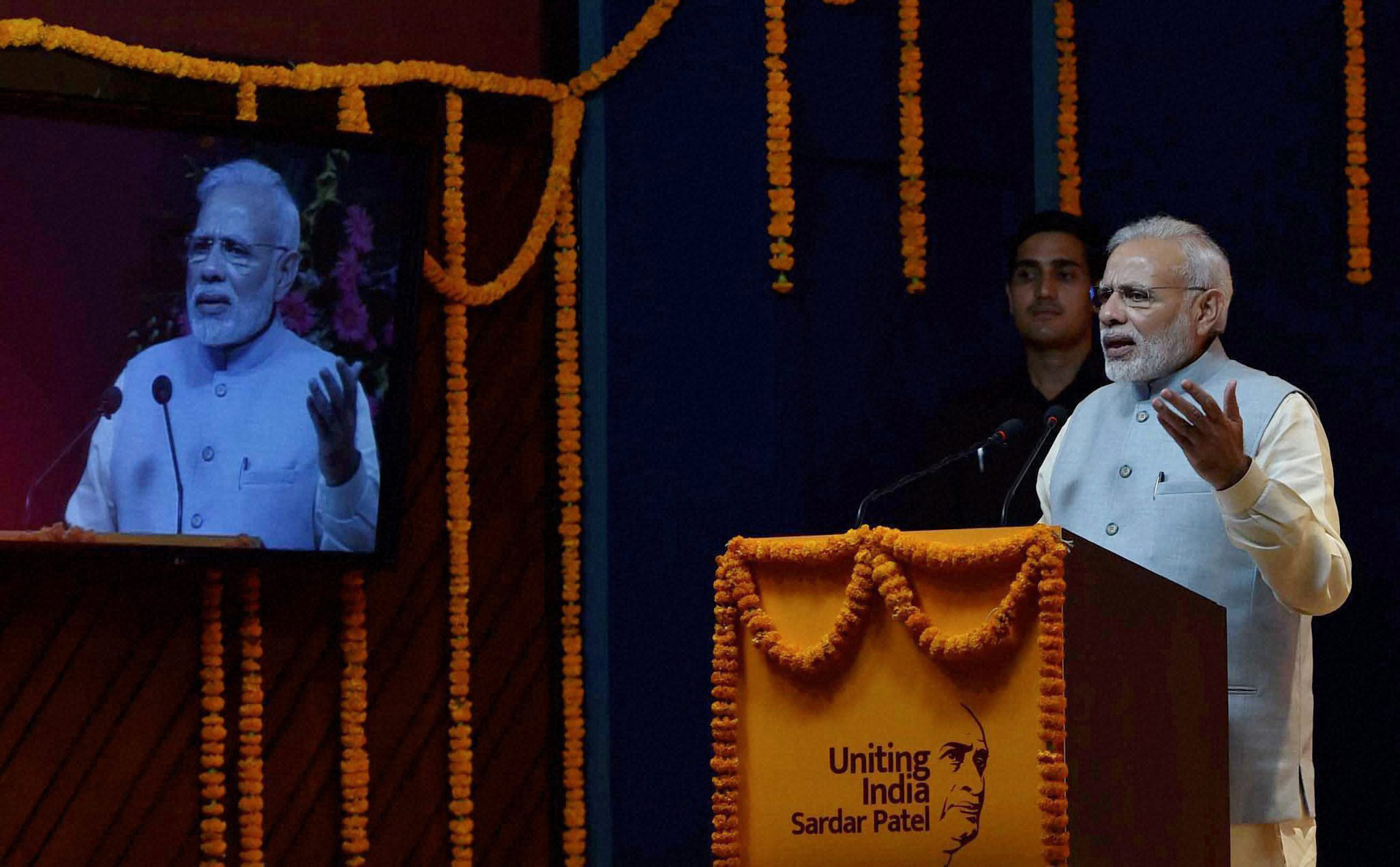 “We hear that governance now will have a different cadence
Tyranny will now be the protector
Cities will be without walls or doors
The sky will tremble with counterfeit grief
Executioners will be in charge of funerals,
Killers will organise mourning
Orphans and widows will find their hands and feet bound
The heads of the faith will be held aloft on spears.
If this be the realisation of India’s ancient dreams
Then soon, there will be no India, nor any of its connoisseurs.”

These words are from a poem by Ali Sardar Jafri , recounted by Prof. Upendra Baxi in a lecture nearly a year back. They have stayed with me and came back when I heard and read of ministers and even the head of this government lamenting the lot of Muslim women and expressing their resolve to secure constitutional rights for them.

“..in the country, lives of Muslim women cannot be allowed to be ruined by triple talaq,” the Supreme Leader pronounced. He expressed surprise that “some political parties of the country, in their lust for a vote bank are hell-bent upon committing injustice to women in the 21st century.” And he asked indignantly, “ What kind of justice is this?”

With a reformist zeal and faith in the power of education, intellect and progressive ideas, our leader pronounced, “In the Muslim community, knowledgeable and progressive people are there. There are educated Muslim women who can put forth their views.”

With the sagacity of a statesman and with the force of the state behind him, he continued, “Politics and elections have their own place but getting Muslim women their rights as per the constitution is the responsibility of the government and the people of the country.”

I felt a sense of unease as I read the words of the first servant of the nation: it was as if a dagger, thrust in my heart, was being twisted and I could sense the delight of the hand behind it.

Why agonise when the man in charge of your country shows respect for and puts his trust in the power of the educated and the progressive, even if they be Muslims? Unfortunately we are cursed with memory. Words uttered in the past keep hovering in the recesses of our minds and throw a harsh light from behind on what is being said today.

So, let us rewind the tape and listen to the man so beholden to the constitutional rights of Muslim women. It was 2002. The blood on the streets was still not dry. But he was then on a yatra to assert the glory of Gujarat. Following in the foot steps of his then mentor, he rides a ‘Gaurav- Rath’ and moves from village to village. The yatra draws thousands of Hindus at all its stops.

He addresses them: “60 innocent Ram bhakts were burnt alive in Godhra.” After a pause he asks, “ Are you aware of the news?…” He asks again, “ After that, did you burn shops in the village?” There is a faint ‘No’ in response. He asks again, “ Did you burn houses?” He exhorts them to respond loudly and they oblige by saying ‘No’. He persists with his questioning, “ Did you stab or behead anyone?” He continues, “Did you rape anyone?” The crowd now knows that it is in safe company of a friend. Each question is greeted with a more enthusiastic and aggressive ‘No!’. “The enemies of Gujarat go around saying that each village was in flames. In each village , people were being killed. Their heads smashed! They defamed Gujarat so much that I had to embark on this Gaurav Yatra.”

Were not people killed in the violence of 2002 after the burning of coach 6 of the Sabarmati Express? Were not houses burnt? Were not women raped? Were not people displaced from their habitats? And were they not Muslims? What did the report of the National Human Rights Commission say? And what did the chief minister, who was the chief minister of all Gujaratis, which included Muslims, do to ensure justice to them?

He undertook a yatra and led the Hindus of his state into aggressive denial of the act of violence. You have to watch videos of the yatra to see how he did it. He established the burning of the coach as a heinous act of demons and puts an erasure over the event of violence against Muslims and made Hindus believe that they were the wronged people. He portrays everyone fighting for justice for these violated Muslims as enemies of Gujarat.

In a video we see him addressing the crowd in a chilling voice, “I am here standing in Godhra, where I was at the same time on 27 February… The fire that burns in my heart is the same that burns in your hearts.” The crowd get the message.

It was June of 2002. Heavy rains were lashing Gujarat. The then chief minister of Gujarat chose this time to order closure of all the relief camps where the displaced Muslims were being sheltered. We rushed to the Supreme Court to seek relief for the Muslims. The petition was not taken up. Police harassed the men who were running these camps, slapped criminal cases against them. One by one, all the camps shut down. The Muslims who had been there dispersed and became invisible.

How did the then chief minister justify his act? He told his crowds that these camps were a conspiracy and he could not allow ‘child-bearing factories’ to thrive. ‘Hum paanch, hamare pachees’, this policy cannot be permitted.

I listen to Bilkis Bano and fail to muster the courage to listen to others: raped, ravaged Muslim women who had to keep changing their shelters to save themselves from the agents of the state who were after them to force them to withdraw the criminal cases they had filed.

How were educated men and women from the Muslim community treated then? His house damaged, Prof. Bandukwala was directly threatened by the then chief minister who mocked him by asking why was he hiding in Mumbai.

How had he treated Syeda Hameed, educated, liberal and progressive, the only Muslim woman in the Planning Commission? He threatened to boycott the meeting of the commission in which Syeda Hameed was present. She had ‘defamed’ Gujarat by speaking about the mass crime against Muslims committed in 2002.

Go and ask Sophia Khan, Huma, Zakia Soman, Noor Jahan, Rashida and Shehnaz, Nafisa Barot, educated, liberal and progressive Muslim women, all from Gujarat, about what they feel about this rush of modern, constitutional sympathy of the leader and his ilk for poor Muslim women. I need not mention Zakia Jaffri.

We have let it pass. We have allowed tyranny to be the protector. What we hear is the laughter of a counterfeit grief. What it does for India’s Muslims is one thing, what it would do to the souls of India’s Hindus is the question.