Anand Swarup, one of the speakers at the Haridwar Dharma Sansad, had alleged that "non-Hindus were settling down in several holy places of the state on the pretext of employment and trade." 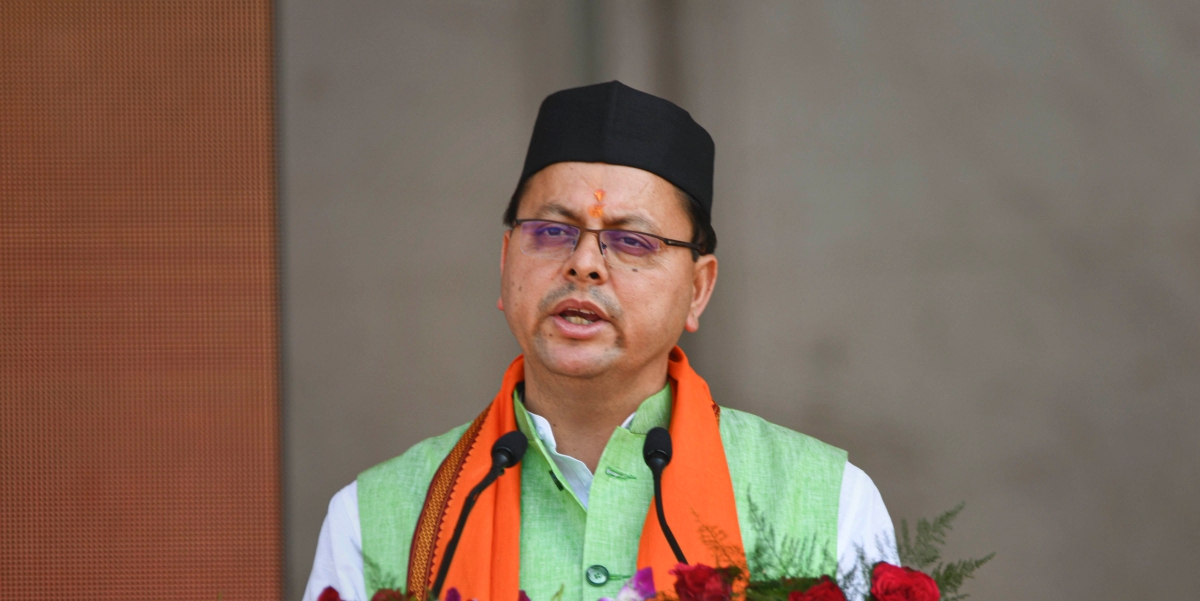 New Delhi: Days after a Hindutva leader wrote to the Uttarakhand chief minister asking for non-Hindus to be barred from conducting business around Char Dham shrines, Pushkar Singh Dhami on Tuesday said people coming to Uttarakhand on Char Dham Yatra from outside will have to “undergo proper verification so that those who may pose a threat to peace do not enter the state.”

He also spoke of a statewide drive to verify the credentials of people who have settled in Uttarakhand but “belong to other states.”

Hindustan Times has reported that in a letter to Dhami on April 17, Shankaracharya Parishad, a council of Hindu leaders based in Haridwar, demanded that non-Hindus, particularly Muslims, be prohibited from entering Char Dham shrines.

The Char Dham sites include Gangotri, Yamunotri, Kedarnath and Badrinath. They attract lakhs of pilgrims in peak season each year.

Anand Swarup, the head of the Shankaracharya Parishad, alleged that “non-Hindus were settling down in several holy places of the state on the pretext of employment and trade.”

Swarup’s claim is in line with similar attempts across India, especially in Karnataka, to enforce “economic boycotts” upon religious minorities by keeping them from spaces of trade.

Swarup was one of the speakers of the Haridwar Dharma Sansad, which saw hate speech against Muslims and open calls for genocide.

Swarup has, according to Times of India, also asked the chief minister to “ensure that non-Hindus do not own land, build houses, or conduct businesses in the Char Dham region.”

On Tuesday, when reporters asked the Uttarakhand chief minister about these demands, he said that a drive will be conducted to “see that those coming for the pilgrimage from outside have proper verification and those who do not have it get themselves verified.”

“No one who may pose a threat to peace or spoil the atmosphere should enter the state,” he added.

Describing Uttarakhand as a peace-loving state besides being a centre of religion and culture, Dhami said “there is no place here for rioters, encroachers and those fomenting religious frenzy.”

The Char Dham Yatra is scheduled to begin in the first week of May with the opening of the Gangotri and Yamunotri temples in the Uttarkashi district.

A record number of pilgrims are likely to visit the shrines this year with the removal of the COVID-19 restrictions.

Various hotels and shelters in the area have reported full bookings one month in advance.