On January 4, hundreds of ABVP activists had created a ruckus outside the St Mary's PG College in Vidisha after being denied entry into the premises. 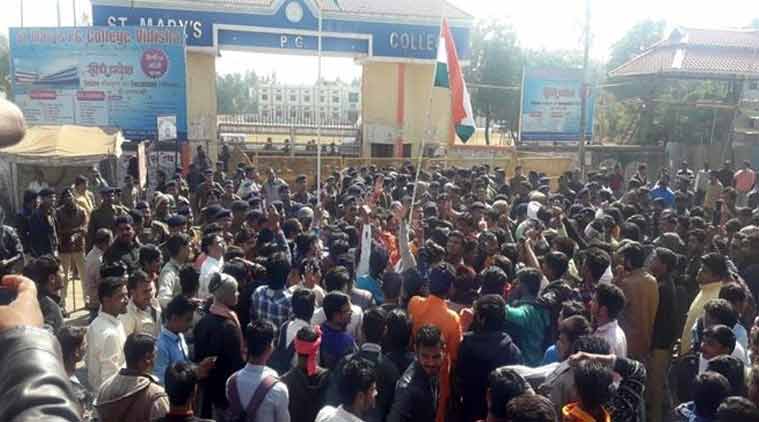 Theodore Mascarenhas, secretary general of Catholic Bishops Conference of India (CBCI) said that the ABVP was increasingly targeting institutions run by Christians. He said ABVP had called upon its members to forcibly enter St Mary’s PG College in Vidisha and perform the aarti. Their efforts to talk to the ABVP had been in vain, said the secretary general. On January 4, hundreds of ABVP activists had created a ruckus outside the college when they were not allowed to enter.  Some even managed to enter the premises and chant ‘Bharat mata ki jai’.

Recall that the CBCI, last December, petitioned the court after the police detained a group of carol singers in Madhya Pradesh’s Satna before Christmas.