BSP Corporator Booked After Taking Oath in Urdu, But No Action Against BJP Leaders Who Allegedly Beat Him

Urdu is the second official language in the state of Uttar Pradesh. 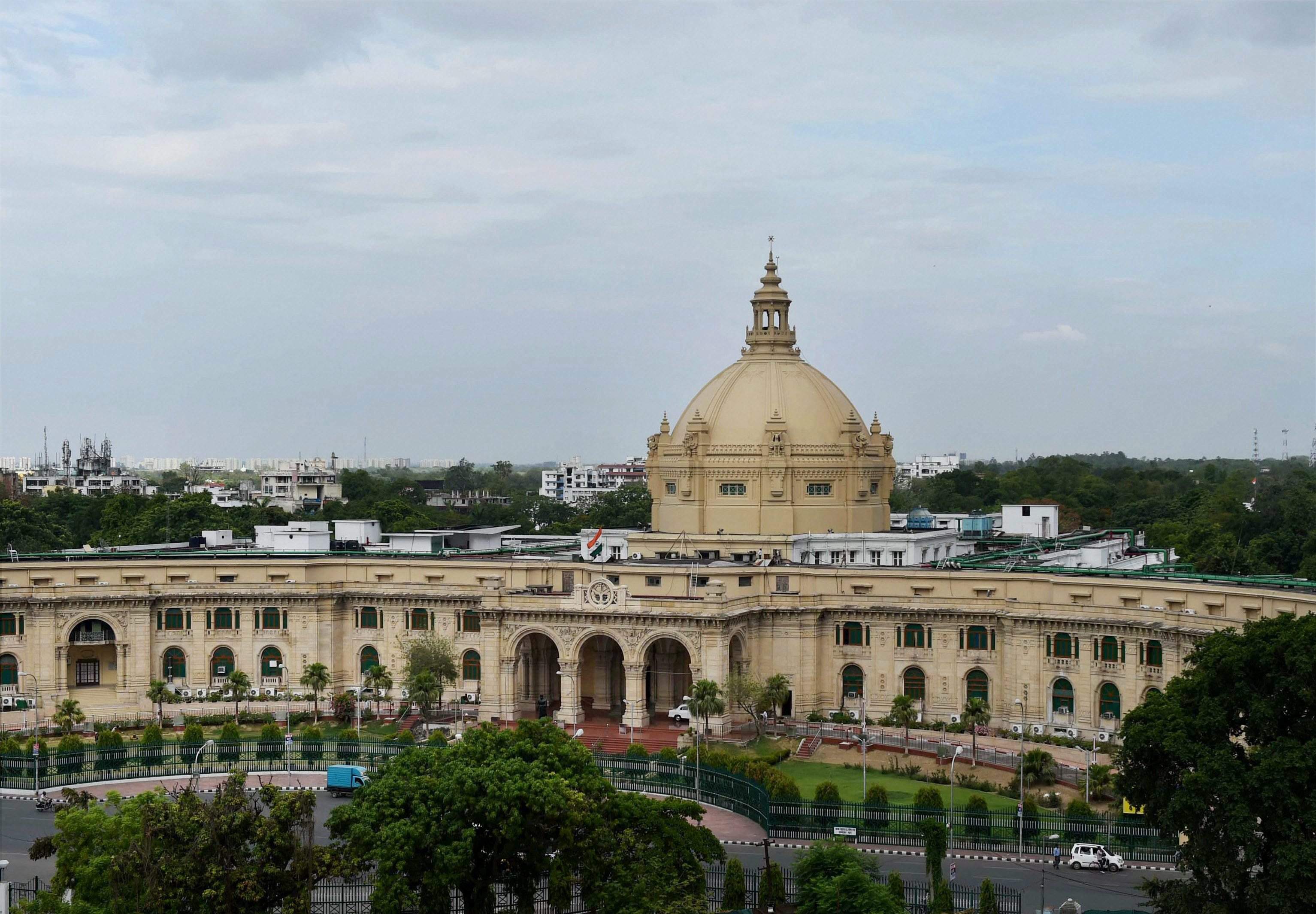 File photo of the UP assembly in Lucknow. Credit: PTI

New Delhi: The lone Bahujan Samaj Party corporator in the Aligarh Municipal Corporation, Musharraf Hussain, has been booked for trying to ‘hurt religious sentiments’ after he decided to take his oath of office in Urdu.

The case was registered under Section 295A of the Indian Penal Code (IPC) at the Bannadevi police station last night, based on a complaint filed by BJP corporator Pushpendra Singh, police station in-charge Jitendra Dikshit said. IPC Section 295A pertains to deliberate and malicious acts intended to outrage religious feelings of any class by insulting its religion or religious beliefs.

However, police are yet to register a case based on a complaint filed by Hussain, who alleged that he was beaten up on the day of the oath-taking ceremony. Dikshit said they were looking into Hussain’s complaint.

Hussain has said that he is perfectly within his rights to take the oath in Urdu. “This case is clearly an instance of political vendetta and bullying. They want to communalise even Urdu which is symbolic of our syncretic culture. Urdu is not related to any religious. So my taking oath in Urdu does not provoke or hurt anyone’s religious feelings,” he told The Hindu. “Till this morning, at least when I woke up, India was still a democracy and as per the law Urdu and Hindi are official languages in Uttar Pradesh. As far as I know the rules an oath can be taken in any of the 22 languages in the constitution – Urdu is one of them.”

Hussain told the newspaper that he will be petitioning court against the police FIR.

According to The Hindu, police station in-charge Dikshit also said that taking an oath in Urdu is not illegal, “but after Husain took oath in Urdu it led to unruly and violent scene in which police had to intervene”.

The swearing-in of newly-elected members of the Aligarh Municipal Corporation turned violent on Monday after BJP corporators reportedly created a ruckus when Hussain said he would be taking the oath in Urdu. Hussain was reportedly beaten up by members of the BJP.

Aligarh’s new mayor Mohd Furqan of the BSP has appealed to the BJP to “accept defeat with grace and not fuel confrontation on emotive issues as this would derail all development work in the city”.

In September 2014, the Supreme Court had upheld the provision that makes Urdu the second language in the state of Uttar Pradesh. The court was upholding the Uttar Pradesh Official Language (Amendment) Ordinance, 1982. Section 2 of this ordinance says that in the interest of Urdu-speaking people, Urdu shall be used as second language, in addition to Hindi, LiveLaw reported in 2014.

In April 25, the state government said that applications and letters to officials from the public could also be submitted in Urdu, and officials would respond in the same language.

This is not the first time that the issue of language has marred oath-taking ceremonies in Uttar Pradesh. In March 2017, state assembly Speaker Fateh Bahadur allowed 13 BJP members to take their oath in Sanskrit. However, when two Samajwadi Party MLAs took their oath in Urdu, the speaker made them repeat it again in Hindi.