Breaking Stereotypes Around the Muslims of India

In today's India, stereotypes about Muslims ignore their diversity. 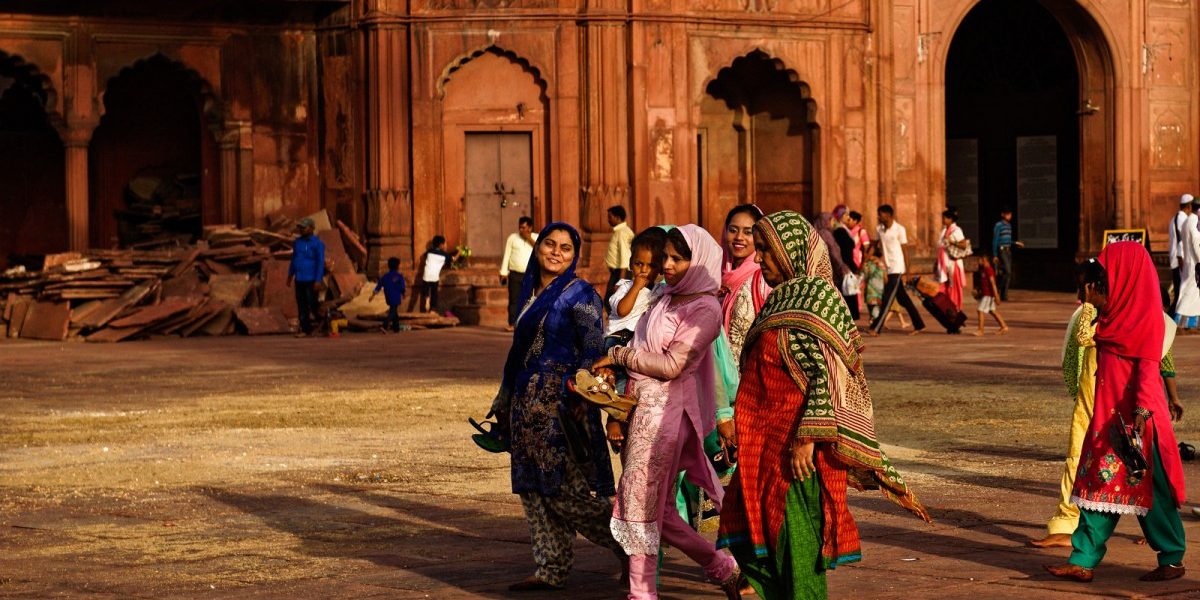 In the last 60 years, the culture around us has transformed into a way of life which is not comfortable for the handful who remained unaffected by the rapid winds of change. I do not mean the technology which has invaded India and the world. I mean our thought processes, thanks to which we have learnt to put ourselves in slots. Those in one category view the other with doubt and contempt. I don’t remember living in such slots during my growing up years. There were no walls. We lived in the open, in one big place.

But today is different. There is one slot which is occupied by Muslims, perceived to be the most backward, least educated  community. The stereotypes are many: They educate their children only in madrasas. The men engage in multiple marriages, treat their women like chattel, divorce their wives at the drop of a hat, and leave them to fend for themselves. These women are viewed as burkha-clad slaves of their menfolk living in ghettoes, doing nothing, only lending a helping  hand to increasing their population.

Perhaps this belief does not come from nowhere – there are elements of truth on which stereotypes are built. There is educational backwardness. Yet many parents are desperate to send their children to modern schools where admission is, very often, refused on flimsy grounds – leaving madrasas as the only option. Many of those who get an opportunity to study in good schools do exceptionally well.

Yes, the poor among the Muslims, and that is a large chunk, live in ghettoes for security reasons and for lack of better options. These ghettoes are situated in areas which lack basic facilities like proper drainage, drinking water, hospitals and schools. The community has no other alternative but to put up with this situation.

Also read: Distorted Histories and Unconstitutional Autocracy in the ‘Mother of Democracy’

Yes, there are women who are mistreated. But this is a familiar picture at different levels in all communities and societies. So it’s not just Muslim women’s condition which calls for sympathy or a change of laws. In any case, it is the mindset which has to change. For that, better living conditions and peace of mind are required, not new or changed laws.

It is this stereotyped image which is pasted on the entire Muslim community, totally ignoring their diversity, as though they are one inflexible structure. This stereotypical narrative has woven a web round the community, distorting its reality, particularly that of its womenfolk. Having said this, I will repeat that the Muslims are far behind in education than Indians  of other communities. When unemployment is highest in a community and poverty is all pervasive, education will not find a way in. In such a situation, confidence and optimism also suffers. Above all, let us not forget that no one lives in such conditions of their own free will.

Dr Farah Usmani, who is working in the United Nations International Civil Service as director, has taken the initiative to puncture this stereotypical narrative built around Muslim women. She has not included Muslim men in her exercise. She has reached out to Muslim women living in different parts of India, and also those Indian Muslim women who live in other parts of the world. Her team, under her guidance, has collected inspiring profiles of 100 Muslim women from every state and union territory of India, and compiled them, state wise, in a book named Rising Beyond the Ceiling. The stories of women who have been contributing to nation building through innovation, creativity and resilience are highlighted. There are an incredible number of women who have risen from the grassroots, and many who realised their dreams after marriage. Their mentors are generally men, very often husbands. Their struggle to cross obstacles and barriers speak of their leadership, perseverance and courage. These profiles reveal a reality in the face of which no myth can survive.

Also read: Muslims Must Dialogue with All Indians, Except Those Who Dream of Their Disenfranchisement

I am sure if such an exercise is attempted for the entire community after a more detailed survey and with larger objectives, there will be surprising results. The idea should be not just to dismantle the stereotypical narrative, but to find the reasons as to why it was considered necessary to create such a narrative. One objective – and a very important one – should be to penetrate deep into the community’s problems with utmost sincerity and honesty, to find out how much of the narrative is fiction, and what the facts truly are. The ultimate objective of the research should be to arrive at the real roadblocks and barriers in the way of the community’s progress, and to remove them.

Parveen Talha is a former officer of the Indian Revenue Service and the Union Public Service Commission.