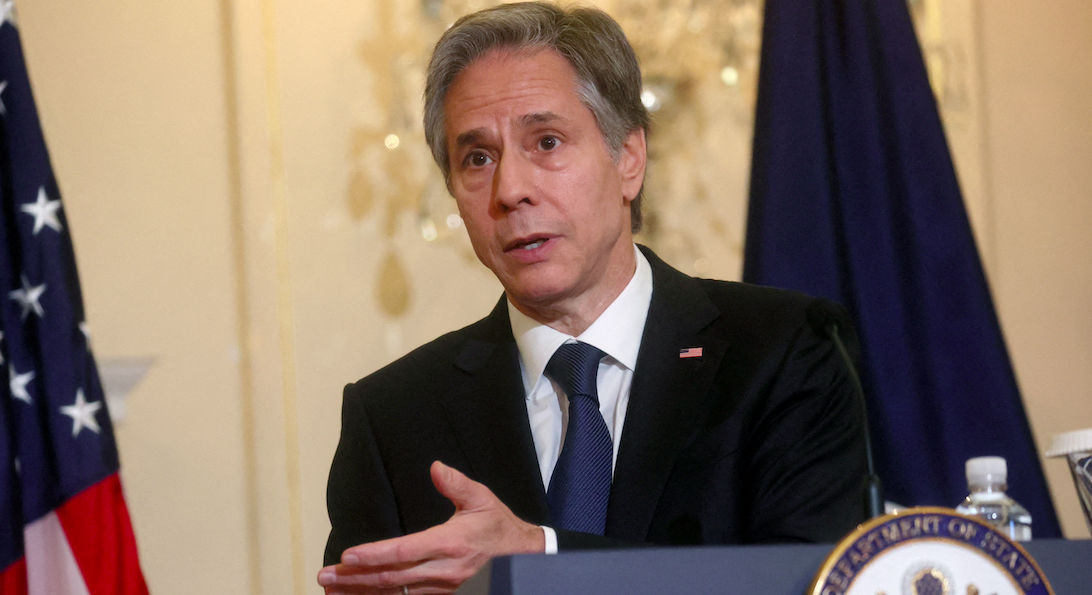 New Delhi: Along with perennial concerns about the rights of minorities in countries like China, Pakistan and Saudi Arabia, United States secretary of state Anthony Blinken highlighted “rising attacks” in India at the release of the state department’s annual report on international religious freedom.

This is the second time in less than two months that the United States has directly expressed uneasiness about a rising trend in human rights violations in India.

The annual report is compiled by the US State Department, based on inputs from their embassies located around the world. While all countries are documented inside the report, only the most egregious countries – or those with antagonistic political ties with Washington – are mentioned by the US secretary of state in his introductory remarks at the yearly release functions.

While concerns about rising violations of human rights in India are listed routinely in the annual editions of the report, they have never been mentioned orally by the top diplomat of the US state department – till now.

For probably the first time since the NDA government took over in 2014, India was also singled out in the speech delivered by the Secretary of State at the function this year.

In his remarks on Thursday, Blinken first named Taiwan, Timor-Leste, Iraq and Morocco as countries which have shown “notable progress” in protecting religious freedoms.

He then cited examples from Myanmar, China, Eritrea, Saudi Arabia, Afghanistan and Pakistan to highlight where “governments are failing to respect their citizens’ basic rights”.

After that, Blinken observed that there were also substantial violations in other parts of the world, citing India at the start.

“Beyond these countries, the report documents how religious freedoms and the rights of religious minorities are under threat in communities around the world. For example, in India, the world’s largest democracy and home to a great diversity of faiths, we have seen rising attacks on people and places of worship, in Vietnam, where authorities harass members of unregistered religious communities; in Nigeria, where several state governments are using antidefamation and blasphemy laws to punish people for expressing their beliefs,” he said.

The disquiet over India was further reinforced by US Ambassador at Large for International Religious Freedom Rashad Hussain in his own remarks.

“And as the Secretary stated, in India some officials are ignoring or even supporting rising attacks on people and places of worship,” said Hussain.

Earlier in April, Blinken had declared that the US was monitoring the “rise in human rights abuses by some government, police and prison officials” at a joint press briefing with US Defense Secretary Lloyd Austin, Indian external affairs minister S. Jaishankar and defence minister Rajnath Singh in Washington.

“We regularly engage with our Indian partners on these shared values (of human rights) and to that end, we are monitoring some recent concerning developments in India including a rise in human rights abuses by some government, police and prison officials,” he said in a rare direct rebuke.

Neither Jaishankar nor Singh had commented on these remarks at the press briefing.

But at a separate media interaction two days later, Jaishankar retorted that India also had concerns about the human rights situation in the United States.

“I would tell you that we also take our views on other people’s human rights situation, including that of the United States. So, we take up human rights issues when they arise in this country, especially when they pertain to our community. And in fact, we had a case yesterday…that’s really where we stand on that,” he said.

The Indian foreign minister had also implied that there were “lobbies” and “vote banks” behind Washington raising human rights issues.

On the report: Yati, cow vigilantism

“Attacks on members of religious minority communities, including killings, assaults, and intimidation, occurred throughout the year,” the ‘India’ section of the report says.

Most of the incidents were reported in states ruled by the BJP and included attacks on pastors, disruption of worship services, and vandalism, it also says.

The report mentions the Haridwar Dharma Sansad and militant Hindutva leader Yati Narsinghanand’s role in it.

It says that in the 25 states which apply partial to full restrictions on cow slaughter, the ban “mostly affects Muslims and members of Scheduled Castes and Scheduled Tribes that traditionally consume beef.”

The report also touches on the impact of the Citizenship Amendment Act and the Assam National Register of Citizens, and how they resulted in Muslims feeling discriminated against.

It also noted Delhi Police’s investigation into the February 2020 riots in northeast Delhi and opposition and courts’ reservations against it.

The report also mentions Uttar Pradesh chief minister Adityanath’s remarks against Muslims, in addition to listing in detail several crimes that arose out of religious discrimination.