"If you vote for us, you will be better off. If you don’t vote for us, the difficulties will become obvious to you." 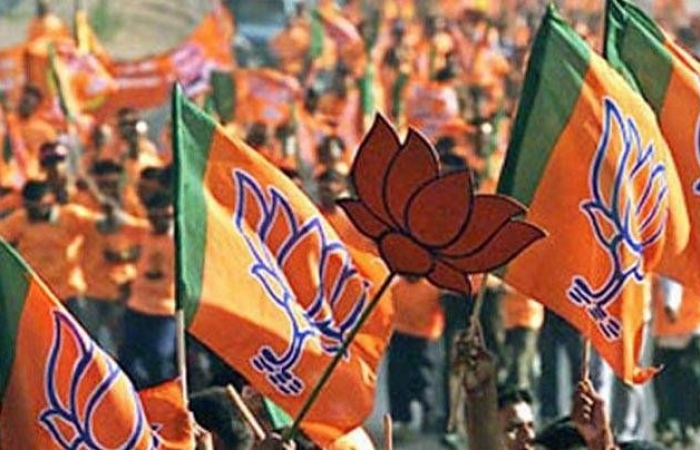 New Delhi: BJP leader Ranjeet Kumar Srivastava, while campaigning for his wife in Uttar Pradesh’s Nawabganj area on November 13, warned Muslims that if they did not vote for her they would face “kasht (difficulties)”. Two ministers in the Adityanath-led state government – Dara Singh Chauhan and Ramapati Shastri – were on the stage with him while he made these remarks.

“Isliye, main Mussalmano se keh raha hun, vote de dena. Bheekh nahi maang raha hun. Agar vote doge, to sukhi rahoge. Agar vote nahin doge, to jo kasht jheloge uska andaza tumko swatah lag jayega (Therefore, I am asking Muslims to cast your vote (for us). I am not begging. If you vote (for us), you will be better off. If you don’t vote (for us), the difficulties will become obvious to you),” he continued.

Srivastava is the outgoing chairperson of the Nawabganj nagar palika. The BJP has fielded his wife Shashi for the upcoming elections as the seat is reserved for women. Apparently clarifying his stance later, Srivastava was quoted by News18 as saying,  “I was just trying to make them understand that there is a huge difference between Hindu and Muslims and these differences should come to an end.” He added, “If someone thinks that I am threatening, I am ready to threaten a thousand times more.”

Chauhan, who is also minister in charge of Barabanki district, told Indian Express, “People should avoid making such remarks. The BJP believes in ‘sabka saath-sabka vikas’. Party leaders associated with local polls will certainly take cognisance of this matter.”

The officer on special duty of the State Election Commission, J.P. Singh, told News18, “We have not received any formal complaint in this regard. I have requested a copy of the video, and only after seeing the video, the decision on any punishment will be taken.”