"The way the Muslim population is increasing, the existence of Hindus is in danger. It is a well-planned conspiracy to have a Muslim in the chair of president, prime minister and chief ministers." 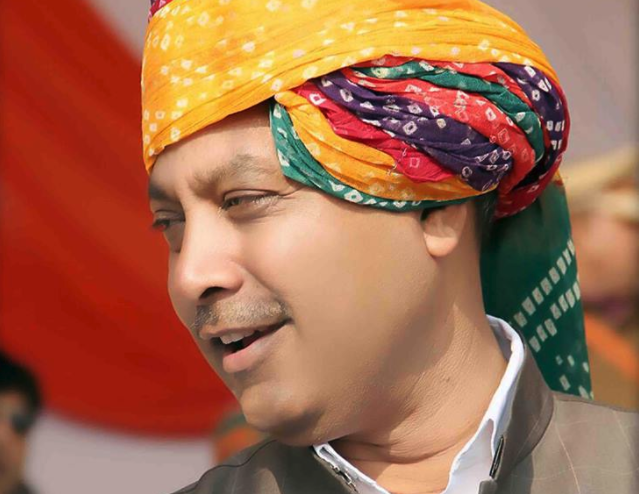 New Delhi: A ruling BJP MLA in Rajasthan on Monday (January 1) courted controversy by alleging that Muslims were bearing more children with an aim to outnumber Hindus and to take control of the country by 2030.

The remarks by Banwari Lal Singhal, an MLA from Alwar, in a Facebook post come ahead of a by-poll to the Alwar parliamentary seat on January 29.

“Muslims were giving birth to 12-14 children….while Hindus restrict the number to one or two. The way the Muslim population is increasing, the existence of Hindus is in danger. It is a well-planned conspiracy to have a Muslim in the chair of president, prime minister and chief ministers,” he said.

“It’s a conspiracy of Muslims to capture all assembly and parliamentary constituencies by giving birth to 12-14 children and establish their rule by 2030,” he alleged.

He also accused the Muslim community of exploiting government resources and “tax paid by Hindus” and batted for a law to restrict to two the number of children per family.

Singhal’s comments aren’t new – the idea that Muslims are trying to “take over” the country by having more children is an oft-raised bogey, brought up particularly by the RSS and BJP.

In fact, in his 2002 Gujarat election campaign, Narendra Modi talked about the controversial issue. “We want to firmly implement family planning. Hum paanch, humare pachees (We five, our 25) (laughs). Who will benefit from this development? Is family planning not necessary in Gujarat? Where does religion come in its way? Where does community come in its way?” said Modi at a campaign rally.

However, the data tell a very different story. According to the 2011 census data on religion, the number of Muslims in the country was 172 million and the number of Hindus at 966 million. Since the 2001 census, the Hindu population increased by 139 million and the Muslim population by 34 million. As The Wire reported in 2015, when these data were first released, the Muslim population has been growing faster than the Hindu population for decades now. However, both of these population growth rates are on the decline, and the difference between them is reducing:

The statistics for the previous decade (i.e. from the 2001 census) show that the Hindu population increased by 19.9% while the Muslim population increased by 29.5%. Simple arithmetic then dictates the decline in the growth rate for Muslims – 4.9 percentage points – is greater than that for Hindus – 3.1 percentage points – when compared to the last decade.

…Muslim population growth is higher than Hindu population growth. This has been the case for at least the past six decades. But as our chart shows, the big story is how the gap between these two growth rates is closing.