The saffron party has long been playing the game of political mobilisation on the basis of religion. That's why it is more than amusing to see Amit Shah and Rajnath Singh invoking secularism in reaction to the recent letter by the Delhi Archbishop.

I had never imagined in the wildest of my dreams that a day would come when I would swoon over Bharatiya Janata Party (BJP) president Amit Shah’s pronouncements. But this is exactly what happened when I heard him saying that nobody should galvanise political support on the basis of religion and religion should not be used to polarise people.

It is common knowledge that the absolute domination of the BJP by the two-member team of prime minster Narendra Modi and party president Amit Shah had rendered L.K. Advani absolutely irrelevant and he had come to represent the epic obsolescence of Bhishma Pitamah of the Mahabharata. However I did not know that his definition of who was “secular” and who was “pseudo-secular” too had become obsolete.

This facile distinction seemed to have collapsed and everybody had turned secular as the ruling party president was saying exactly the same thing that the “pseudo-secular” did not tire to repeat. So, I experienced a strange kind of euphoria and got almost convinced that the promised era of “achhe din” had finally arrived.

But sadly, good things have a very short life. When I paid attention to the context of Amit Shah’s jumla, I realised that I had been taken for a ride. What he actually meant was that no religion other than Hinduism should be used to galvanise political support and to polarise people to achieve political objectives. After all, whatever the irrelevant constitution might say, India happens to be a Hindu rashtra where politics have to be conducted only on the basis of the religion of the majority community. It shows Hinduism’s spirit of tolerance that other religions can also co-exist with it in the country. But they should know their place.

This was the real import of Amit Shah’s jumla as he was reacting to a letter written by Delhi Archbishop Anil Couto and addressed to all parish priests and religious institutions in the Archdiocese of Delhi. In the letter, Archbishop Couto committed the crime of saying that “we are witnessing a turbulent political atmosphere which poses a threat to the democratic principles enshrined in our constitution and the secular fabric of the nation” and exhorting them to “pray for the nation”, “all the more so when we approach the general election”. 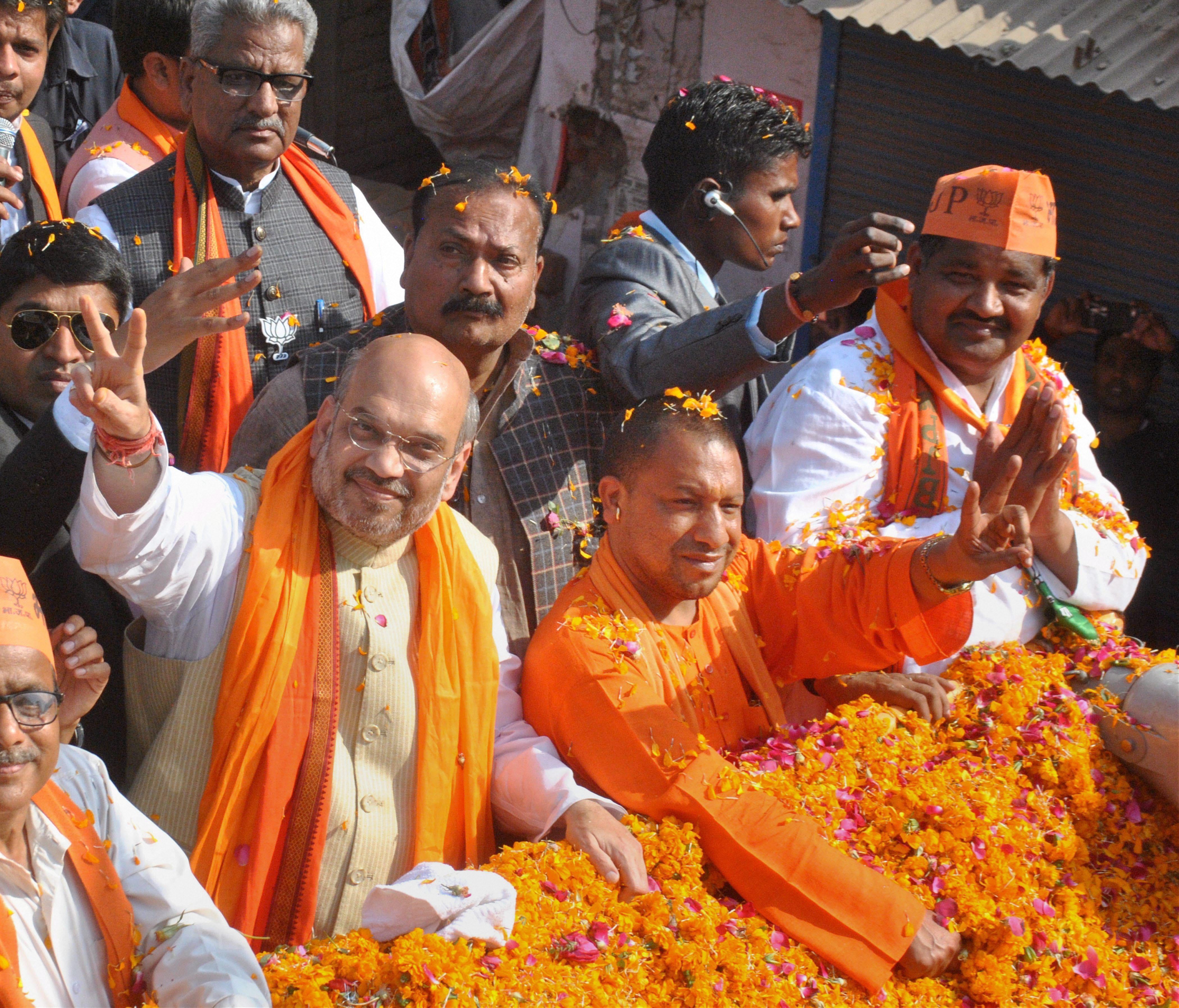 What is so objectionable in it that several TV news channels have been crying foul and BJP president Amit Shah and Union home minister Rajnath Singh have chosen to react against it? Is it not a fact that ever since the Modi government came into power, attacks on minorities have stepped up? And, has the Archbishop asked the laity to vote for a particular political party? Where is the political mobilisation on the basis of religion in his letter that is accompanied by the draft of a prayer? And is it not really rich for a political party whose guiding philosophy is named Hindutva, which means the essence of Hinduism or Hinduness, thus making its inextricable relationship with the majority community’s religion explicit?

Is it not true that Swami Karapatriji Maharaj formed his Ramrajya Parishad soon after Independence on the plank of Hinduism?Is it not true that in 1966, Hindu sadhus had launched the cow-protection movement that later culminated into surrounding and attacking parliament and turned into a confrontation with the law and order machinery? Is it not true that the BJP and VHP played a pivotal role in forming Dharma Sansad where Hindu sadhus and mahants deliberated on various political issues, particularly the issue of building a Rama temple in place of Babri Masjid in Ayodhya?

Is it not true that many religious leaders such as Mahant Avaidhyanath, Yogi Adityanath, Uma Bharti and Sakshi Maharaj contested elections as BJP candidates? And, is it not true that many of them indulged in hate speech against minority communities – Vishwa Hindu parishad leader Acharya Dharmendra was convicted for it – and the videos of their public speeches can still be viewed as they continue to be circulated in public domain? Was Advani’s ‘Rath Yatra’ not a blatant attempt to mobilise Hindu masses on the basis of religion? And, was not the Ayodhya movement a textbook example of using religion to achieve political goals? Is not the BJP’s spectacular rise as a result of this movement proof enough?

Recently, the Gujarat government sought divine intervention for good rainfall. After digging the state’s water bodies deeper, the Vijay Rupani-led BJP government decided to hold 41 ‘parjanya yagnas’ on May 31 at each of the 33 districts and eight major cities in the state to appease Lord Indra and Varun for good monsoon in the state.

Yogi Adityanath, head of the Gorakhnath peeth in Gorakhpur, is the chief minister of Uttar Pradesh while  Hindu sanyasin Uma Bharti is a minister in the Narendra Modi government. While campaigning for the BJP candidate in Kairana Lok Sabha by-poll, Yogi Adityanath is openly stoking communal fires by taking the names of two Hindu boys who were killed before the Muzaffarnagar riots began on a full scale. In recent years, the RSS clan launched several campaigns like ‘love jihad’ and ‘ghar wapasi‘ that were clearly aimed at using strong arm tactics against the Muslim and Christian minorities.

The violent campaign against the film Padmaavat had full support of the Hindutva forces and was anti-Muslim in nature. The ongoing campaign in Aligarh Muslim University against the portrait of Jinnah is also aimed at the Muslims because it is being instilled in the minds of the common Hindus that Muslims’ loyalties lie with Pakistan and its founder M. A. Jinnah.

Smear campaigns are regularly being launched on the internet and social media platforms using fake information and photo-shopped pictures to attack political-ideological opponents like Mahatma Gandhi and Jawaharlal Nehru, the latter being projected as a descendant of a Muslim grandfather, while the former as the well-wisher of Muslims and enemy of Hindu interests. This was the accusation used by Nathuram Godse against Gandhi to justify his act of assassination.

All the RSS organisations including the BJP resort to communal polarisation and regularly mobilise the Hindu masses on religious basis. Sadhus, sants, mahants, god men and god women and other assorted Hindu religious leaders actively help them in this communal project. When Dera Sachcha Sauda chief Ram Rahim appealed to his followers to vote for a particular political party, BJP leaders did not object. When a woman BJP leader appealed Hindu voters to choose between “Ramazade and haramzade”, Amit Shah’s secular conscience did not prick him nor did Rajnath Singh raise a finger. Therefore, it is more than amusing to see these worthies invoking secularism and fuming against mixing religion with politics.

However, I am willing to again swoon over Amit Shah and Rajnath Singh if they stick to their words and refrain from using Hinduism for political gains.