What Happens When Those in Power Usurp Constitutional Values?

The politics of nationalism is being used either to conduct crimes or to defend criminals. 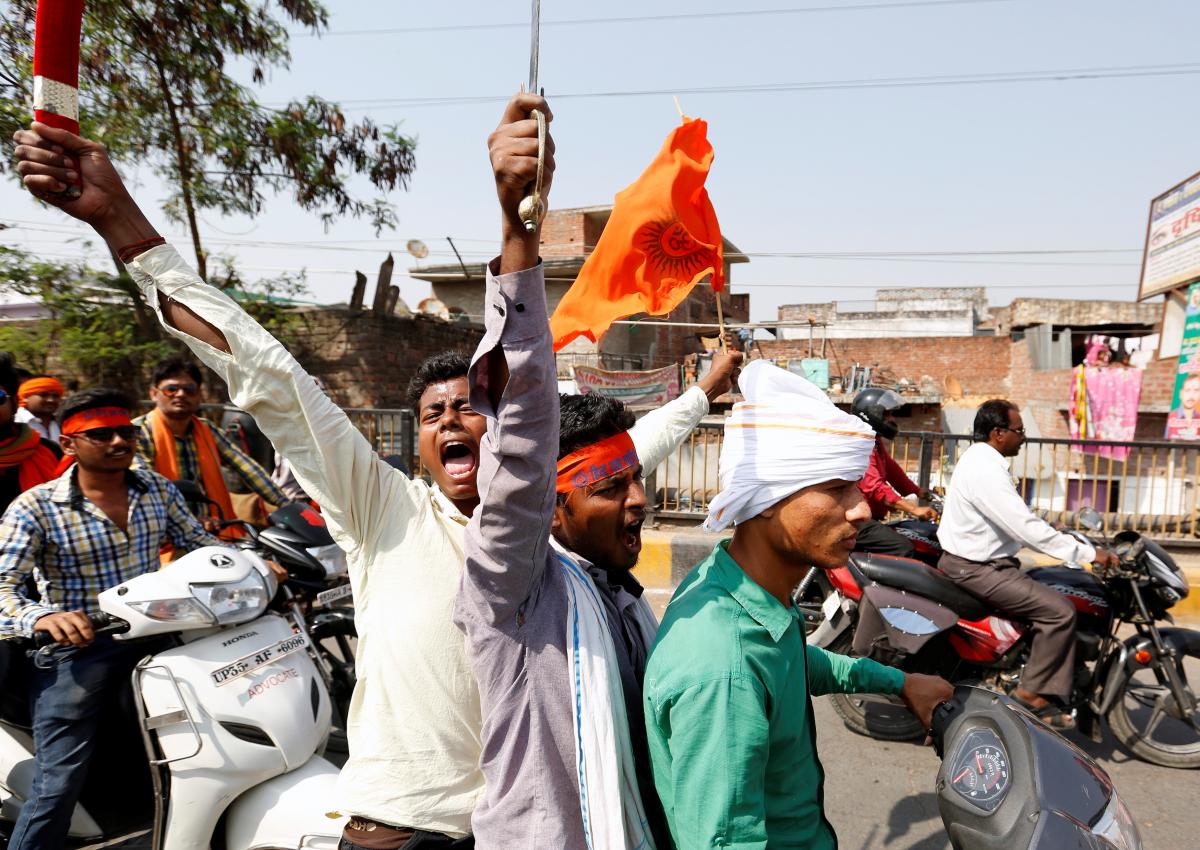 The former director general of the Border Security Force and former director general of police of Uttar Pradesh and Assam, Prakash Singh, has argued in a recent Indian Express article that describing the Kathua and Unnao rape incidents as the “darkest hour” since independence – as claimed by 49 prominent retired bureaucrats, including N.C. Saxena, E.A.S. Sarma, Harsh Mander, Wajahat Habibullah and Aruna Roy in a protest letter written to the prime minister – is an overstatement.

Singh has suggested that rather than playing into the hands of forces that are out to tarnish the image of India, the distinguished civil servants should have asked for systemic changes in the criminal justice system.

Though he calls Kathua and Unnao “barbaric”, his article essentially seeks to play down the two incidents.

This is unfortunate because these were not simply “two incidents of rape”, as he puts it, but crimes in which the government sided with the accused. Of course, even that is not something new. In a number of incidents, the parties in power have, for their vested interests, sided with the culprits. But what is most appalling about the Kathua incident is that in a rally in support of special police officer Deepak Khajuria – one of the accused in rape and murder of an eight-year-old nomad girl – the tricolour was used by members of a right-wing Hindu group and Bharatiya Janata Party (BJP) office bearers who participated in it. Such things have not occurred in the country before. 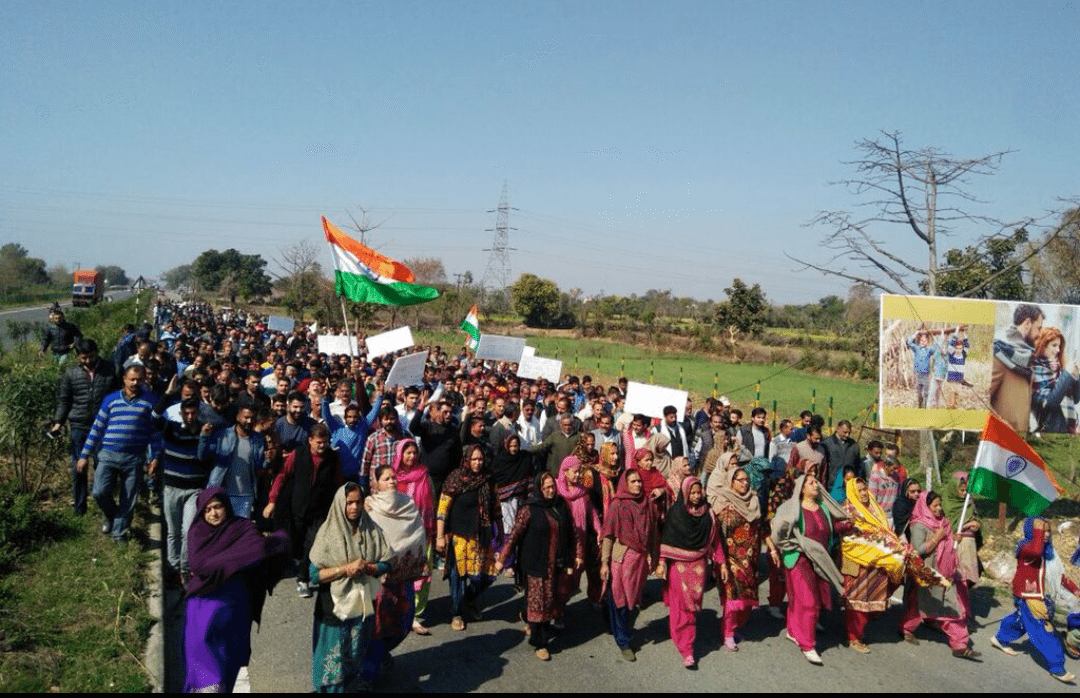 The politics of nationalism is being used either to conduct crimes or to defend criminals. Consider the kind of incidents which have started taking place with the rise of the BJP.

On September 28, 2015 a mob lynched to death Mohammad Akhlaq near Dadri over rumours of cow slaughtering and beef consumption.

On March 18, 2016, a group of ‘gau rakshaks‘ lynched 32-year-old Mazloom Ansari and 12-year-old Imtiaz Ansari in the Latehar district of Jharkhand and hung them from a tree when they were ferrying eight oxen to a cattle fare. Now that the guilty have been convicted, BJP leaders are agitating for a CBI investigation.

On July 11, 2016, four Dalit youth were accused of cow slaughter and beaten in public by gau rakshaks in Una, Gujarat – an incident which created national uproar.

On April 1, 2017, Pehlu Khan was returning from Jaipur after purchasing cows and calves and heading back to his village Nuh in Haryana when he was stopped by a cow vigilante group and lynched to death, despite the fact that he possessed all the proper documents from the Jaipur Municipal Corporation to show that the cattle was meant for dairy. Sadhvi Kamal had equated one of the accused in the case with revolutionaries Bhagat Singh and Chandra Shekhar Azad.

On April 20, 2017, BJP MP Raghav Lakhanpal Sharma from Saharanpur, UP, attempted to forcibly take out a procession to mark the birth anniversary of B.R. Ambedkar through Muslim-dominated Sadak Dhudhli village. Ambedkar’s birth anniversary is April 14, so why were the plans for a rally announced on April 20, and why the insistence on taking out the rally through a Muslim locality? When the police stopped the procession, a mob incited by the MP attacked the residence of senior superintendent of police. Two FIRs were registered against him that day. 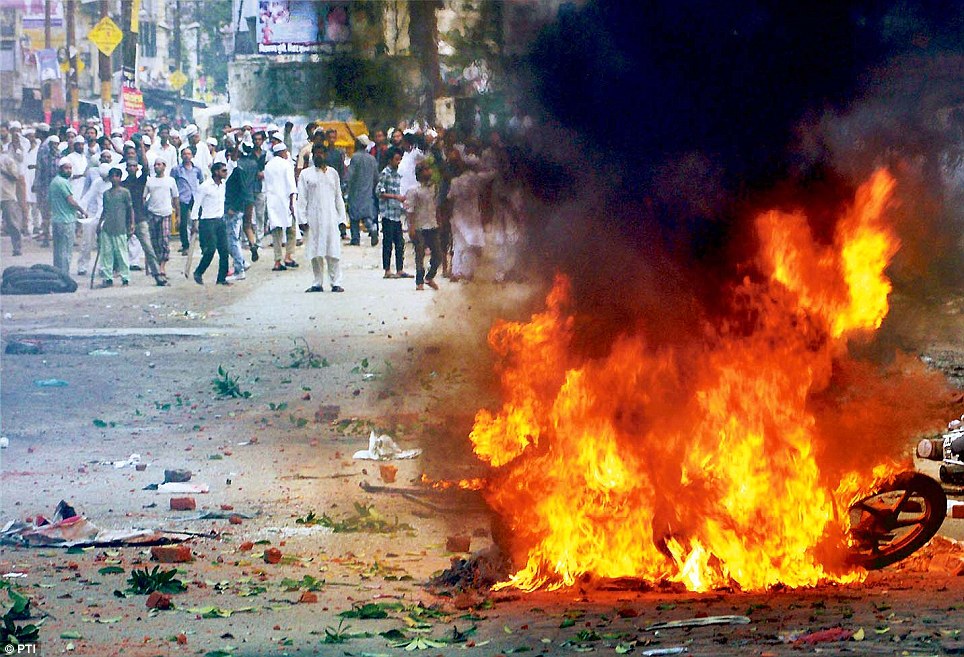 On May 5, 2017, members of the Thakur community took out a Maharana Pratap Jayanti procession through a Dalit settlement in the Shabbirpur village of Saharanpur. There were clashes at the Sant Ravidas temple in which a youth, Sumit Singh, died due to asphyxiation after he tried to burn the idol of Ravi Das. Thakurs, in turn, burnt down about 55 Dalit houses.

Following communal violence in Uttar Pradesh’s Kasganj on Republic Day in 2018 – which had led to the death of one person – district magistrate of Bareilly, Raghvendra Vikram Singh, had in a Facebook post condemned the ‘trend’ of Hindutva groups forcibly entering Muslim-dominated areas, raising anti-Pakistan slogans and creating a ruckus. He was subsequently criticised for expressing his views.

Twenty-four-year-old Akhila Ashokan converted to Islam, adopted the name Hadiya and married Shafin Jahan. In May 2017, the Kerala high court annulled the marriage and the National Investigation Agency (NIA) subsequently claimed that she was a victim of indoctrination and psychological kidnapping. In March 2018, the Supreme Court restored her marriage. The NIA has been supposedly established to combat terror in India.

It is such incidents that have vitiated the atmosphere of a country in which Dalits, Muslims and the dissidents of right-wing ideology have been the main target, and which has jeopardised the constitutional values against which the former bureaucrats have expressed concern. The BJP government, by not taking action against lawbreakers, has sent out a message that such incidents promote its political agenda of polarisation, and hence bring in votes.

Prakash Singh should have stood up against this usurpation of our constitutional values and should have added his name to the former bureaucrats who have spoken out, rather than appearing to take the side of forces which he himself believes to be divisive.

He calls the Babri Masjid a dilapidated mosque and regrets that there was no protest over the damage to 208 temples in Jammu and Kashmir. The first serial bomb blast incident in Mumbai took place in reaction to the Babri Masjid demolition. Even though it might have been a dilapidated structure, it was a trigger for a series of terrorist incidents in India.

It is a pity that a person of his standing has made such a comparison. It is because of people like him, who hold responsible positions in the government, that the incidents described above take place and the culprits are not restrained. We hope that he will review his position.

Sandeep Pandey is a Magsaysay Award-winning activist and scholar who co-founded Asha for Education.