Five people who were inside the mosque in Jamua village in East Champaran were severely injured. The police have registered an FIR and two persons have been arrested so far. 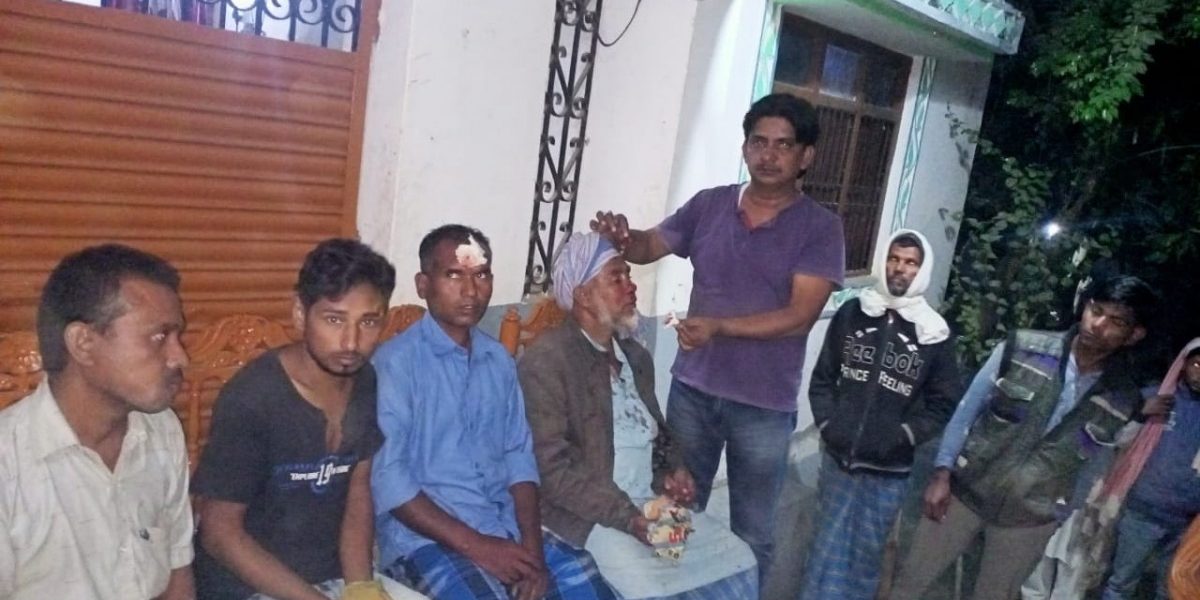 People who were injured when BJP supporters vandalised a mosque in Jamua, a village in East Champaran of Bihar. Photo: By arrangement

New Delhi: BJP supporters taking out a victory procession in Jamua village, East Champaran on November 11 vandalised a mosque and injured five people who were praying inside. Three people received head injuries, apart from injuries on their backs and were admitted to hospital for treatment. One person received injuries to his nose. Several vehicles were also vandalised. The loudspeaker of the mosque and its two gates were broken during the act of vandalism.

Jamua has a small Muslim population of about 20-25 families and a large Hindu population of 500 families. Jamua falls in the Dhaka Vidhan Sabha seat, where BJP leader Pawan Kumar Jaiswal emerged victorious in the Bihar assembly election results that were announced on Tuesday.

Mazhar Alam, caretaker of the mosque, said that the mosque was pelted with stones during the Maghrib prayers. He told The Wire, “There were about 500 people in this juloos (procession) who were celebrating the win of Pawan Jaiswal in the assembly elections. When they came near the mosque, they started pelting stones at it. They broke its gates, its mic – all while chanting ‘Jai Shri Ram’.” He said added that the mosque is one of the oldest in the area.

“Wo humko keh rahe the, tum log yahan se chale jao. Tumhara desh nahin hai ye,” he added. “They told us to leave the country. This country is not yours.”

“The Muslim families are scared now. But the administration has assured us that they are with us, and will not let anyone harm us,” he added.

A man who was injured when BJP supporters vandalised a mosque in Jamua, a village in East Champaran of Bihar. Photo: By arrangement

Abhay Kumar, station house officer of the Dhaka PS, confirmed to The Wire that the incident took place on Wednesday evening. “A vijay juloos (victory procession) was taken out by BJP supporters in the area when this happened. They were sloganeering with a mic when they reached the mosque. A shopkeeper outside the mosque asked them to stop the mic as Maghrib prayers were going on inside, but they didn’t listen and hence a verbal fight ensued, because of which the people in the rally started pelting stones at the mosque,” he said. He said that an FIR has been registered and two people were arrested in the case so far.

A first information report (FIR) was registered and the police have invoked several sections of the Indian Penal Code (IPC) such as 145 (joining or continuing in unlawful assembly, knowing it has been commanded to disperse), 148 (rioting, armed with deadly weapon), 153 (wantonly giving provocation with intent to cause riot), 295 (injuring or defiling place of worship with intent to insult the religion of any class) and 307 (attempt to murder).