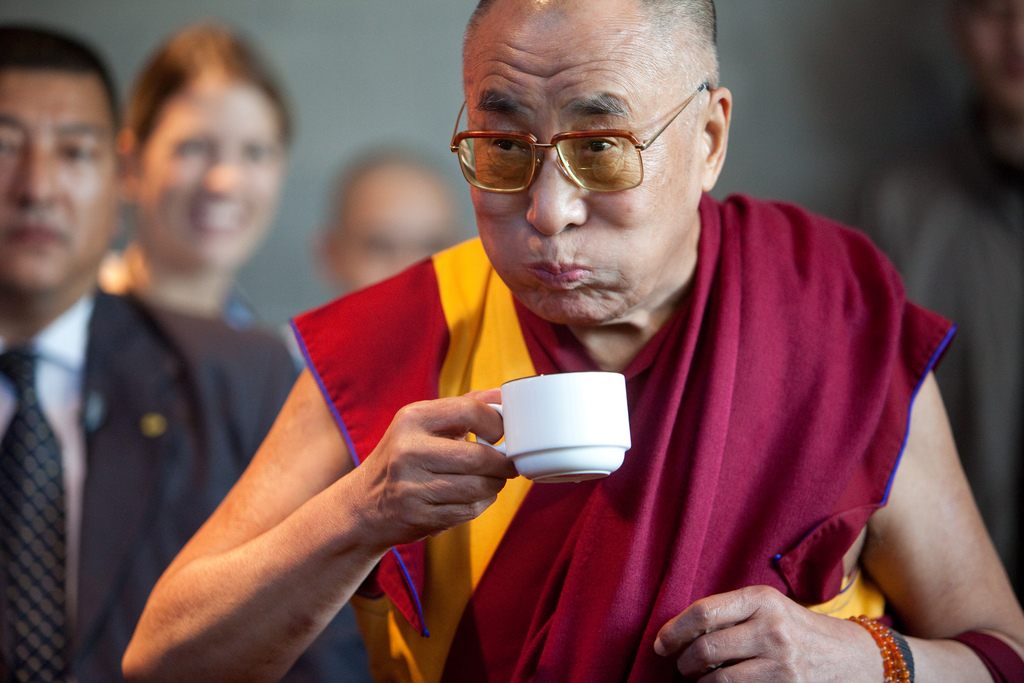 For millions of his devotees across the world, the Dalai Lama is the embodiment of humanity and compassion. The Dalai Lama, whose real name is Tenzin Gyatso, received the Nobel Peace Prize in 1989, and is known for his decades-long struggle for Tibet’s autonomy.

The spiritual leader believes that his middle-way approach is the best way to peacefully resolve the Tibetan issue and promote co-existence between the Tibetan and Chinese people. The Dalai Lama fled to India in 1959 and has been since living in exile in Dharamsala, a city in the Indian state of Himachal Pradesh.

In an DW interview, the 80-year-old spiritual leader talks about his role as the Dalai Lama, the Tibetan issue, and the rise of violence globally.

India is witnessing a rise in religious intolerance. What are your thoughts on that?

It is not the real picture of India. Only a few individuals are causing this problem. The elections in the state of Bihar prove that the majority of Hindus believe in harmony and co-existence.

DW: How do you view the terror attacks on Paris?

The Dalai Lama: The twentieth century was a violent one, and more than 200 million people died due to wars and other conflicts. We now see a spillover of the previous century’s bloodshed in this century. If we emphasize more on non-violence and harmony, we can herald a new beginning. Unless we make serious attempts to achieve peace, we will continue to see a replay of the mayhem humanity experienced in the 20th century

People want to lead a peaceful lives. The terrorists are short-sighted, and this is one of the causes of rampant suicide bombings. We cannot solve this problem only through prayers. I am a Buddhist and I believe in praying. But humans have created this problem, and now we are asking God to solve it. It is illogical. God would say, solve it yourself because you created it in the first place.

We need a systematic approach to foster humanistic values, of oneness and harmony. If we start doing it now, there is hope that this century will be different from the previous one. It is in everybody’s interest. So let us work for peace within our families and society, and not expect help from God, Buddha or the governments.

Your main message has always been of peace, compassion and religious tolerance, yet the world seems to be going in an opposite direction. Has your message not resonated with the people?

I disagree. I think that only a small percentage of people subscribe to the violent discourse. We are human beings, and there is no basis or justification for killing others. If you consider others as brothers and sisters and respect their rights, then there is no room for violence.

Furthermore, the problems that we are facing today are the result of superficial differences over religious faiths and nationalities. We are one people.

We see world leaders obsessed with economic growth and not concerned about morality. Are you worried about this trend?

Our troubles will increase if we don’t put moral principles over money. Morality is important for everyone, including religious people and politicians.

You say the ‘Middle Way’ approach is the best way to solve the Tibetan issue. Do you think your strategy will eventually be successful?

I believe it is the best way. Many of my friends, including Indian, American and European leaders believe it is the realistic way. In Tibet, political activists, Chinese intellectuals and students support our ‘Middle Way’ policy.

When I meet Chinese students, I tell them that we are not seeking independence from China. They understand our approach and they feel close to our cause. It is not only about Tibet; we are living in the 21st century and all conflicts must be resolved through dialogue, not by force.

Who is going to succeed you as the Dalai Lama?

I am not concerned about it. In 2011, I officially announced that it was up to the Tibetans if they wanted to keep the institution of the Dalai Lama. If the people think that this institution is no longer relevant, it should be abolished. I am no more involved in political matters. I am only concerned about Tibet’s well-being.

The interview was conducted by Murali Krishnan in Jalandhar, India, and is reproduced with permission from Deutsche Welle.