Two of the young men were students of Oxford College and the other two were there friends. 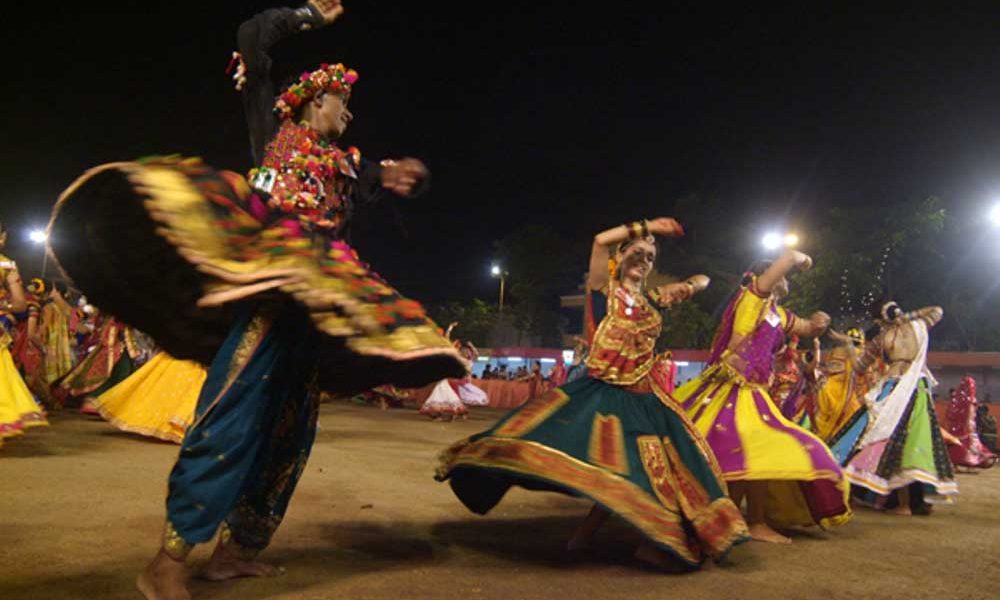 Representative image of a garba event. Photo: Hardik jadeja/CC BY 3.0

New Delhi: Four young Muslim men, including two students, in Bhopal were taken into police custody on Sunday night after members of the Hindu right-wing Bajrang Dal decided to “catch them” and hand them over to the police, the Indian Express reported. The men were outside a garba organised by Oxford College, where two of the men – Adnan Shah and Kadir Mansoori – are students. The other two – Umar Khalid and Sayyad Sakib – are their friends, according to the newspaper.

The Bajrang Dal members reportedly claimed that the garba event was being held in violation of COVID-19 norms and also promoted “love jihad“. “Love jihad” is a commonly-used bogey by the Sangh parivar in recent years, claiming without evidence that Muslim men and luring Hindu women into marriage and forcing them to convert. Despite the dubious nature of this theory, several Bharatiya Janata Party-ruled states, including Madhya Pradesh, have passed laws specifically meant to tackle “love jihad”. Numerous reports have shown that these laws are being used to target interfaith couples and Muslim men.

Superintendent of Police, Indore West, Maheshchand Jain admitted to the Indian Express that the action against the four young men was “unfair” and that he had recommended that they not be detained. Malharganj SDM Parag Jain, however, said the four had been charged for creating a “public nuisance”, and were sent to jail as their families didn’t furnish bail bonds.

Bajrang Dal and VHP district in-charge Tarun Devda wrote a complaint letter to the police saying that though the college was given permission to hold a garba for 800 attendants, it sold 3,000 tickets. Devda continued that the college was assembling “young women” and promoting “love jihad”, “distorting the purity of the event”, Indian Express reported.

A case under IPC Section 188 (disobedience to order duly promulgated by public servant) of the Indian Penal Code was registered against a member of the college management, Akshay Tiwari, but he has not been arrested yet, News18 reported.

Adnan Shah’s uncle Sajid Shah said his nephew and his friends regularly participate in college events, irrespective of their religion. “… Be it garba or Republic Day, they participate in all college functions. What are they being punished for?”

Sajid said he was told about his nephew’s detention late on Sunday morning. All day that day, the family was unable to contact any police officials. “Early Monday morning police assured us that the four would be released but they were produced before the SDM, who instead of giving them bail, sent them to jail without our knowledge,” he said.

According to PTI, these posters were put up by the VHP across 56 garba venues.