‘They’ will never be able to hijack this country, I thought in 2002, but a tiny doubt had crept up in me. That doubt has only grown. 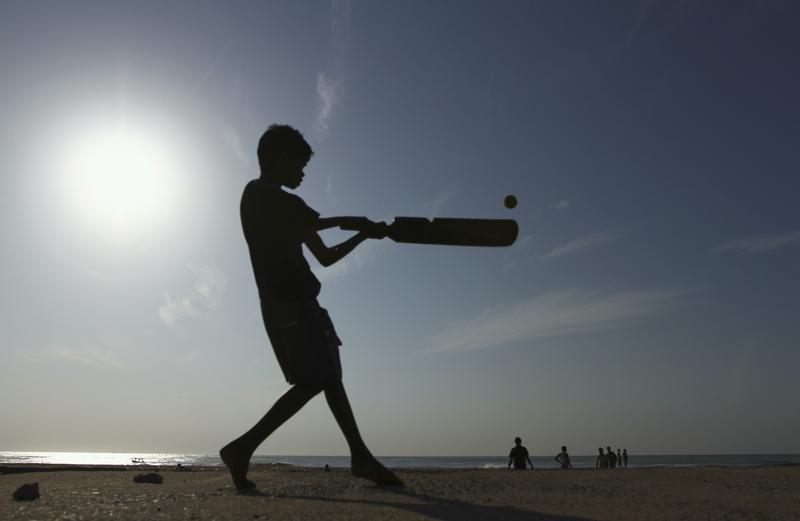 The Champions Trophy this year saw India defeating Pakistan in its very first match, but we lost the finals to a resurgent Pakistani side. To my horror, I didn’t feel as bad as I had when we had failed to reach the finals of the 1992 world cup, which was won by Pakistan. Credit: Reuters/Babu

Farooque was a Kashmiri. He hated India. His cousin was killed by security forces while at a demonstration in Srinagar. This was 1990. We were classmates; I always took him head on for his anti-India rhetoric. Those were the times when no one minded his orotundity and our arguments, and life went on. Then came March 1992 and the cricket world cup. The determined Imran Khan and Pakistan came from behind and won the cup. I bunked college the day Pakistan won because I did not have the courage to face Farooque, who was of course ecstatic beyond words and was looking to rub salt in my wounds. I was madly in love with cricket and equally devoted to the team which had let me down – but I knew defeat was part of the game, as much as of life.

But 1992 also came with hate. The 400-year-old Babri Masjid was pulled down within four hours by kar sevaks. That become a defining moment in India’s secular history and Farooque taunted me on being the citizen of a country which could not protect the mosque from a group of rabid communalists. I was hurt but was confident that this was the handiwork of a lunatic fringe which shall never find toe space within the pluralistic and secular India I was so proud of. Again, life went on and we graduated from college. India too graduated from an innocent past and the mid-1990s saw the swift embracing of neoliberal policies. People changed and jumped classes overnight. Farooque left the country and we lost contact.

And then 2002 happened. Yes, it happened not as a year but as a moment of perfidy for the thousands of Muslims who lived in different parts of Gujarat, imagining it to be their home. I emailed a Muslim and a Hindu friend from Ahmedabad asking about their well-being. Both were copied on the same mail. The Muslim guy replied in short – “Alive” – while my Hindu friend wrote, “Ashamed to be alive”. I was thankful that I had lost touch with Farooque. The brevity of the message from my Hindu friend gave me a lot of hope. ‘They’ will never be able to hijack this country, I thought, but a tiny doubt had crept up in me. Like an insect, it sat over my being, fluttering its wings whenever the doubt was reinforced. Then came 2014 and the insect matured into a dark black stag beetle. It grew two tiny biting mandibles when Mohammad Akhlaq was lynched in 2015 and then grew bigger and bigger as it fed itself on the lynching of Junaid Khan, Majloom Ansari, Pehlu Khan and the like.

The Champions Trophy this year saw India defeating Pakistan in its very first match, but we lost the finals to a resurgent Pakistani side. To my horror, I didn’t feel as bad as I had when we had failed to reach the finals of the 1992 world cup, which was won by Pakistan. I couldn’t explain what deferred me from being sad. Sadness, like happiness, should have a reason and I was scared to face this reason. It was like a disfigured person looking at his/her face in the mirror for the very first time. Was I turning into an anti-national, like Farooque? Why would I not mind India losing to its arch rival? I assumed that the stag beetle within me was preying on my nationalism.

And that evening my phone rang with urgency. It was Farooque – after 25 years he had traced my number through a common friend. We talked for half an hour, discussing our lives and careers.

“Aur miyan, abhi bhi nationalist hee ho? (So, are you still a nationalist?)” he asked me in his usual provocative tone. I was ashamed – not because he had the reason and audacity to pose the question, but because I sidestepped his question and abstracted our conversation into something irrelevant. Irrelevance, the best disguise for survival.