Another Consignment of Stones Meant For Ram Mandir Reaches Ayodhya

“Now there is a BJP government in the state, so there is no problem and no hurdles in the way of the construction of the Ram mandir.” 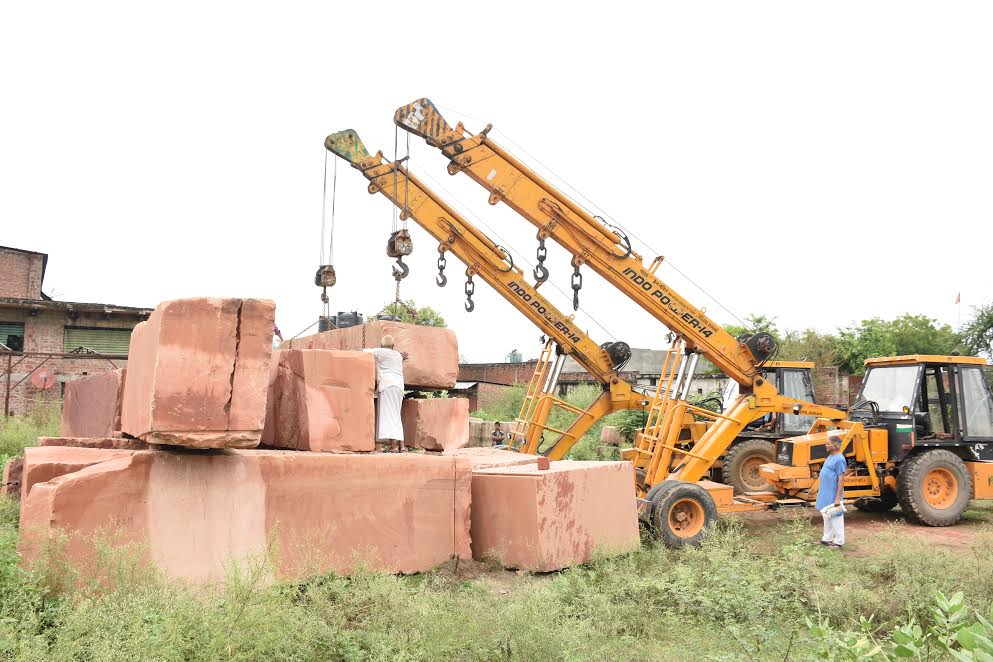 Stones meant for the construction of a Ram mandir in Ayodhya.

Ayodhya: Another consignment of stones – two truckloads– for the construction of a Ram mandir arrived in Ayodhya today (September 6). Two truckloads had already arrived on June 20, and another three on July 5.

Though the title dispute in the Babri Masjid/Ram janmabhoomi case is pending before the Supreme Court, the Vishwa Hindu Parishad has sped up preparations for the construction of a Ram mandir, which they say will begin within a year. While many stones have already been unloaded in Ayodhya’s Ram Sewak Puram – the VHP’s Ram mandir construction workshop – many more trucks (as many as 100, according to one leader) are expected within the next few days.

Talking to The Wire, senior VHP leader Triloki Nath Pandey said, “Today, two truckloads of stones to be used in the construction of the Ram mandir have arrived from Bharatpur, Rajasthan. We need more than 100 truckloads to give final shape to the proposed Ram temple, which we are trying to import within the next couple of days.”

On December 20, 2015, after the arrival of two truckloads of stones for the same purpose in Ayodhya, the then Samajwadi Party government had banned the import of more stones by denying the VHP ‘form 39’ of the commercial tax department, required for the import.

“In the month of April this year, we contacted the officer of the commercial tax department. He immediately issued the form 39 that they were withholding for a year,” said Pandey. “Now there is a BJP government in the state, so there is no problem and no hurdles in the way of the construction of the Ram mandir,” he added.

Talking to The Wire, Faizabad divisional commissioner Manoj Mishra – the receiver of the Babri Masjid/Ram janambhoomi premises appointed by the Supreme Court – said, “The import of stones by the VHP has not been banned either by any court or by any authority, and they are keeping the stones within their private premises”