Assam’s Syncretic Culture Is Under Threat

The state, despite witnessing violent ethnic clashes, has not been a highly communally divided society. But the attack on Shaukat Ali points to the possibility of an upsurge of right-wing extremist forces. 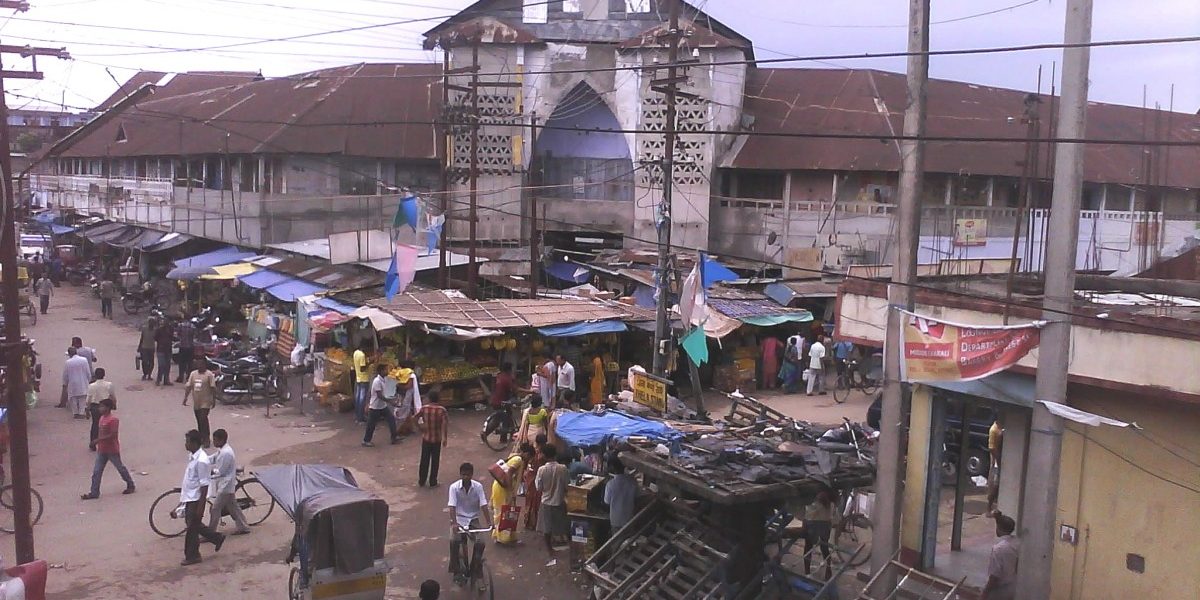 The Biswanath Chariali incident points to the possibility of an upsurge of right-wing extremist forces. Representative image. Credit: Wikimedia Commons

On April 8, a Muslim man was assaulted by a mob in Assam on the suspicion of serving beef. Later, he was also forced to eat a piece of pork. Shaukat Ali runs an eatery at the bi-weekly market (haat) that convenes in Baihata Chariali every Thursday and Sunday. He sells meat and fish.

Ali’s eatery was earlier run by his father. This makeshift shop has been around for almost four decades and Ali had never faced any problem before this incident.

The elderly Muslim man was attacked and assaulted for selling beef. In the video of the incident, he can be seen sitting in sludge, dirt all over his clothes. He is being yelled at and hit. Young men were firing a series of questions at him, asking if he was a ‘Bangladeshi’ and whether his name was in the NRC or not.

It seemed the issue was not restricted to merely selling beef. The problem is that it was being sold by a Muslim man whose citizenship was doubtful.

Beef consumption and cow slaughter are not illegal in Assam. Under the Assam Cattle Preservation Act, 1950, cattle above the age of 14 that are no longer of any agricultural use are issued certificates and can be slaughtered. While there may be cases of bypassing of this law, it does not warrant the kind of assault that took place in Bishwanath Chariali.

Local news channels and websites did not pick up the news immediately. The videos were first circulated in social media. It was only after they went viral that the media took note.

Also read: The Fate of a Muslim in Assam

A traumatised Ali was admitted to the Guwahati Medical College and Hospital. People across the political spectrum and from civil society groups visited him. Dhing’s MLA Aminul Islam, who belongs to the All India United Democratic Front, stated some problematic aspects of the incident as narrated to him by Ali.

According to a Facebook post shared by Islam, Ali told him that when he was being forced to eat pork, a police personnel was standing nearby but did not stop the perpetrators. Ali was picked up from amidst the mob and kept in police lock-up for the entire night. This raises doubts about the role of the police. A victim was kept in the lock-up while perpetrators were initially left free. Ali was also denied a change of clothes. He sat in his dirty clothes the entire night.

It was only the next afternoon that he was taken to a hospital and an FIR registered against the miscreants at the behest of Shaukat Ali’s brother. The entire incident shows a lack of sensitivity of the police towards victims. It also a media bias which took a lot of time to even report the incident. Social media, while playing an important role, was also used to share videos justifying Ali’s ordeal. Many started spreading rumours that Ali sold beef in the name of mutton and fed it to ‘unsuspecting non-Muslims’. However, the video used to counter such rumours showed mostly Muslim men eating and knowing full well what they were eating. 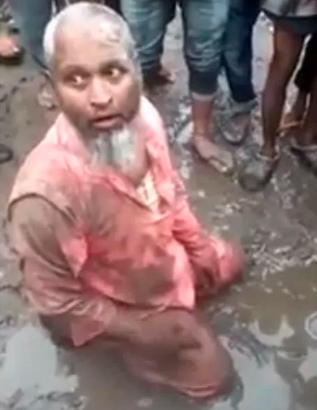 Ali also reiterated that he caters largely to shopkeepers of the area, most of whom are Muslims. He has never faced any problem before this. The incident, however, should be seen in the context of larger cow politics.

In the last few years, there have been multiple killings across the country on the suspicion of consuming beef, cow slaughter, cow theft etc. In such cases, the targets are often Muslims and Dalits who engage in the tanning business. The latest lynching was in Jharkhand where one Prakash Lakra was killed and three other people from the Adivasi community were wounded. Interestingly, the police booked the three wounded victims on the suspicion of cow slaughter.

Assam has not seen such a heightened level of cow-related violence. The state has always been known for its syncretic traditions and culture of tolerance. However, in the last few years, the region and the state has not been completely untouched by this Hindutva upsurge. A year ago, a man was beaten to death in Biswanath Chariali over suspicion of cattle theft. Such incidents continue to take place because perpetrators are often not brought to book. The murderers of Mohammad Akhlaq and Pehlu Khan are yet to be punished. This impunity that such perpetrators of mob violence enjoy is instigating more such instances.

Also read: Shaukat Ali’s Humiliation and the Dehumanisation of the Human Condition

Amidst all this, the silver lining is that people across communities in Assam condemned the Biswanath Chariali incident. They showed solidarity with Shaukat Ali. When asked to respond, chief minister Sarbananda Sonowal also stated that this incident should be strongly condemned. He further said that such instances will not be allowed in ‘Shankar-Azaan’s desh’. He reiterated that India is a secular country and under no circumstances should those secular ethos be compromised. While many may argue that this response was an electoral compulsion, Sonowal’s stand has ensured that police take quick action. Around eight people have already been arrested and the search for the others is on.

Assam is home to a multitude of communities. The state has witnessed violent ethnic clashes and long-drawn movements, but unlike other states, it has not been a highly communally divided society. However, the Biswanath Chariali incident points to the possibility of an upsurge of right-wing extremist forces. This incident also points to another disturbing possibility. In every other case of mob-lynching, it was often the victims who were booked for cow-slaughter, smuggling etc. Keeping Shaukat Ali in the lock-up is in line with such practice.

This is probably the time when we must go back to our syncretic cultural roots and ensure that communal polarisation does not take place.

The region has always felt a sense of pride in being ‘different’ from other parts of India. There is a need to assert the region’s plural cultural identity and attitude of accommodation. Bazaars and haats are public spaces and no segregation on the basis of religion, caste or ethnic identity should be encouraged.

Also, since beef is not banned in Assam, moral chauvinists and self-appointed gau rakshaks cannot be allowed to get away with taking law in their own hands. The role of the police must be looked into and media also needs to be sensitised. Keeping in line with the chief minister’s stand, political leaders should ensure that perpetrators do not get away with it.