'If Jai Shri Ram Isn't Chanted Here, Will It Be Chanted in Pak?': Amit Shah in Bengal Rally

The former BJP chief was speaking at north Bengal's Cooch Behar when he directed the line at TMC chief Mamata Banerjee. 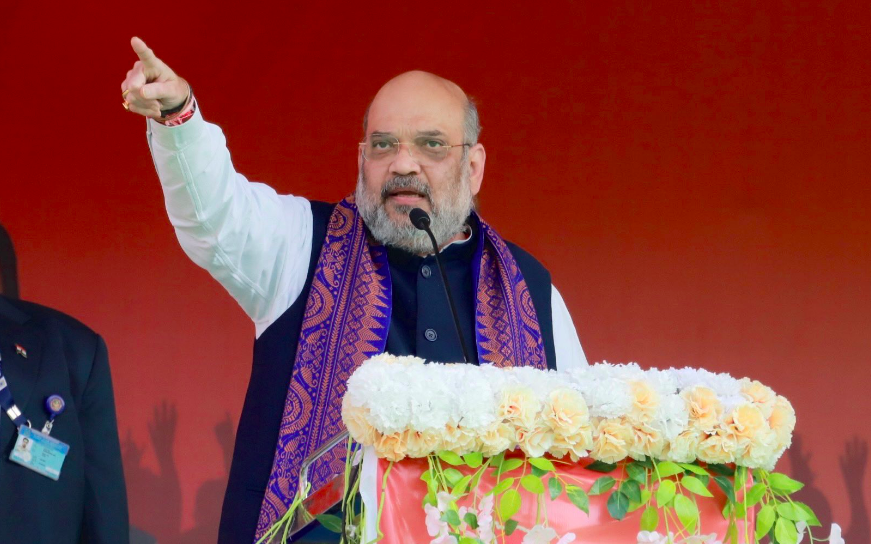 Addressing a rally at the north Bengal town of Cooch Behar, Shah took on Banerjee’s refusal to speak at an official event attended by Prime Minister Narendra Modi to observe Netaji Subhas Chandra Bose’s 125th birth anniversary, on January 23, 2021. Banerjee had said that she was a guest at the function and the chanting of ‘Jai Shri Ram’ had insulted her.

The rallying cry of not just BJP’s workers but also entirety of the the Hindu rightwing, the slogan has accompanied violent communal incidents and lynchings and were also used to single out Muslims during the Delhi riots of February 2020.

“You get angry over it because you want to appease a particular section of people for vote bank politics. I am telling you (people) that by the time election ends Mamata Didi will also start chanting ‘Jai Shri Ram’,” Shah said.

The BJP opposition in Bengal has adapted the line that Mamata Banerjee’s Trinamool Congress as a pro-Muslim party – to the extent of ignoring other communities’ needs – as its main campaign plank ahead of the 2021 assembly election in West Bengal.

In an analysis for The Wire, Snigdhendu Bhattacharya had noted, “It is through their campaigns against Mamata Banerjee’s ‘appeasement of the Muslims’ that the BJP and its parent organisation, the Rashtriya Swayamsevak Sangh (RSS), started gaining grounds in West Bengal since 2013.”

The BJP is leading a ‘rath yatra’ which it has labelled the ‘Parivartan Yatra’ through all assembly constituencies in West Bengal.

Shah said the ‘Parivartan Yatra’ is not for changing a chief minister, MLA or minister but ending infiltration and transforming West Bengal’s condition. Shah claimed large-scale infiltration into Coochbehar district, which shares border with Bangladesh, has caused significant changes in its demography.

He also spoke about the killing of BJP workers and warned that the perpetrators will be thrown behind bars.