The two accused have been identified as Vansh Bhardwaj, 23, and Surendra Mohan Bhatia, 32. 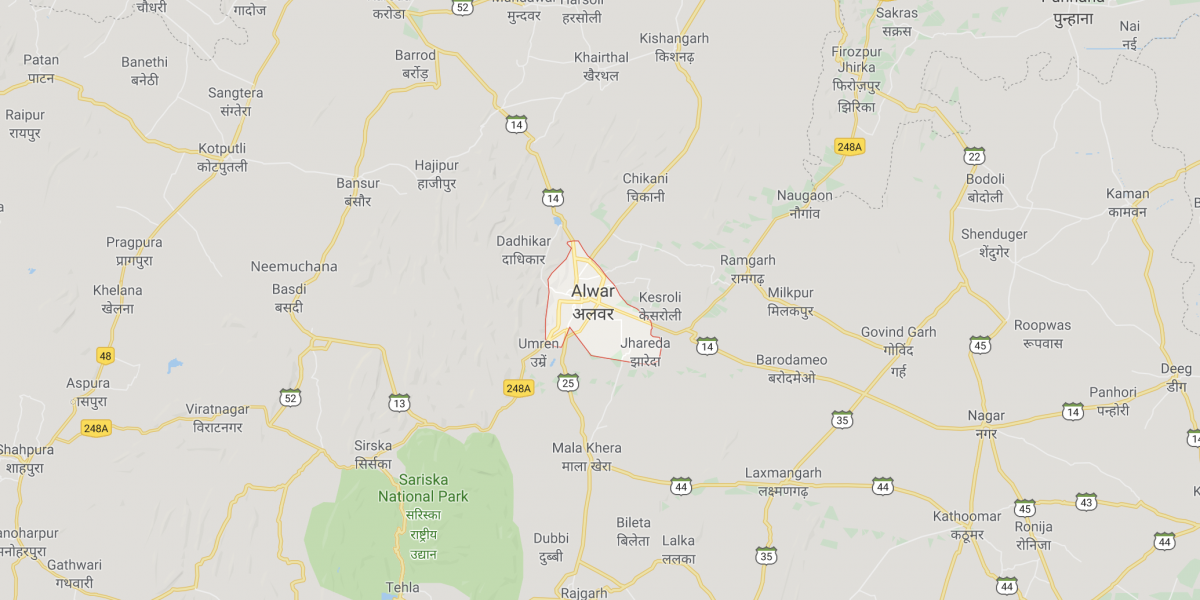 According to the Hindustan Times, the couple, from Haryana, was waiting at a bus stop in Alwar at 11:30 pm on Saturday when two men on a motorcycle stopped and harassed them. “According to the FIR, they forced the couple to chant Jai Shri Ram and one of the men flashed before the woman,” police said.

“When one of the men flashed before the woman, the onlookers intervened and called the police. The two men were handed over to Kotwali police. We arrested them after recording the couple’s statement,” Chauthmal Verma, station house officer of Alwar Mahila Thana, told the newspaper.

Watch: ‘Jai Shri Ram’ as a Political Slogan Is a Cover For Violence

The two accused have been identified as Vansh Bhardwaj, 23, and Surendra Mohan Bhatia, 32. They have been remanded to judicial custody till October 18. They have been charged under Indian Penal Code Sections 323 (voluntarily causing hurt), 354A (assault or criminal force to woman with intent to outrage her modesty), 386 (extortion by putting a person in fear of death or grievous hurt ), 295 (injuring or defiling place of worship with intent to insult the religion of any class) and 509 (word, gesture or act intended to insult the modesty of a woman).

Bhatia was drunk when the incident occurred, Times of India reported.

Across the country, cases of violence and harassment against minorities while using the ‘Jai Shri Ram’ slogan have become more common. Even ministers have not stopped short of using this as a ‘test’ of patriotism.