Aligarh Police Deny Muslim Hawker’s Thrashing Was Communal. What Is the Truth?

The Aligarh police claim that a row broke out over the price of clothing, not because of the seller's religious identity. 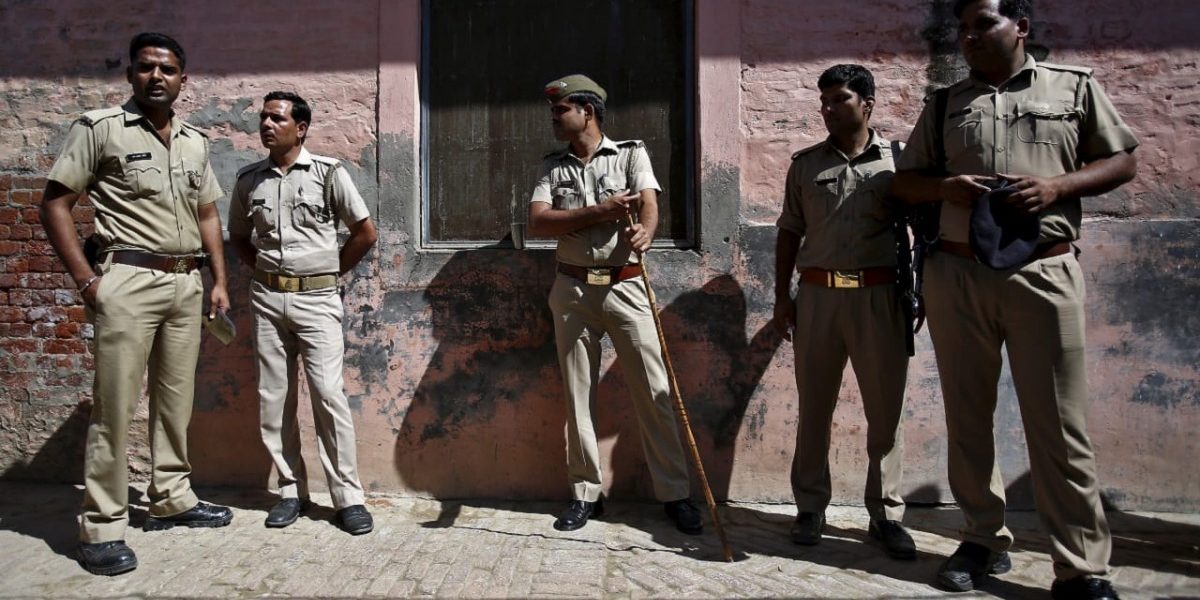 On October 31, journalist Sachin Gupta of Dainik Bhaskar tweeted that a hawker named Aamir selling clothes in UP’s Aligarh was beaten up by two people. They tore his clothes because he refused to chant ‘Jai Shri Ram’ and ‘Pakistan Murdabad’. In the tweet, he also shared the link to a report on the incident by Dainik Bhaskar. However, the Aligarh police tweeted on November 1 that this was misleading and the scuffle was due to an argument over the cost of the clothes.

In response to several tweets promoting the claim, the Aligarh police reiterated that the row broke out over the price of the clothing. 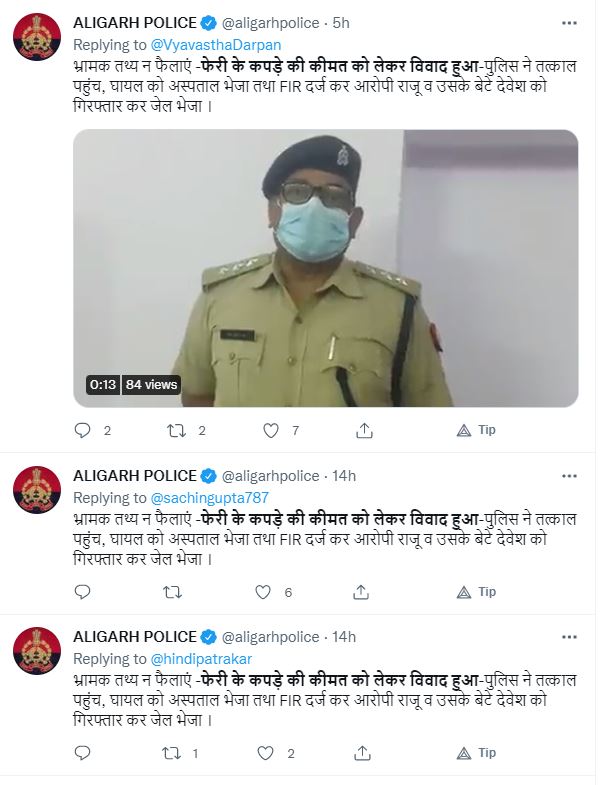 According to the Dainik Bhaskar report, “Aamir, a resident of Bisavanpur Silla village, was a hawker who sold clothes by setting up a roadside stall. He had gone to Nagla Khaim village in Harduaganj town to sell his goods. It is alleged that Raju and his father, both locals to the area, asked Aamir if he was a Muslim. When he said yes, the pair reportedly asked him to chant ‘Jai Shri Ram’ and pressured him to say ‘Pakistan Murdabad’.”

The victim is also quoted as saying that the father-son duo surrounded him and began to attack him. They stole Rs 10,000 from him and snatched his phone and the items he had brought to sell. They also tried to set fire to his stall. He narrowly survived after the police had been informed and reached the scene.

When the officers arrived to arrest the father and son, the two also misbehaved with them. When they resisted arrest, police personnel called in additional forces to nab the men.

We noticed that journalist Piyush Rai shared a video related to this incident on November 1. It shows the two accused being arrested, and one of them can be heard chanting ‘Bharat Mata ki Jai’.

In UP’s Aligarh, a father-son duo arrested for thrashing a hawker from different community. An FIR under attempt to murder was registered based on the complaint of the father of the victim. Video of police taking accused in their custody. pic.twitter.com/U23aPGHCo4

Alt News reached out to Rai. He shared with us several videos of the incident as well as a copy of the FIR. One of the videos was a statement Aamir gave to a few news channels. He states that he was attacked by the father-son duo while going door-to-door selling clothes. They demanded he chant ‘Jai Shri Ram’ and subsequently asked if he was Muslim. When he was asked if he was attacked and his money and merchandise were stolen, he said “yes”.

The Dainik Bhaskar report also mentions that the relative who came to the police station to take the accused home claimed that both were mentally unstable and frequently got into such scuffles.

Another video shows the duo manhandling the police while resisting arrest.

Alt News contacted Aamir, his father, and his uncle. All three claimed that there was no argument over the price. Aamir gave a sequence of events. “They asked my name, started saying that I was a Muslim, and began attacking me. I didn’t even understand what was going on. They brought me some photos and demanded that I pray to them. They held me down and were beating me too. I escaped with great difficulty,” he stated.

Aamir’s father sent us some more videos which show him lying unconscious after the beating along with the extent of the injuries to his body.

We spoke to the police twice in this matter and the police stuck to their version of events even when informed that the victim denied that he was beaten during an argument over the price of clothes. The police further said that Aamir’s family did not mention their version in the FIR. Aamir’s father informed Alt News that he had rushed to Aligarh from Delhi in the evening when he found out about Aamir’s condition. He was not aware of the full details of what happened.

That the accused were raising slogans of ‘Bharat Mata ki Jai’ also raises doubts about the “price of clothes” version of events. Aamir’s father informed Alt News that the police took his son’s statement on November 15. However, our subsequent calls for further information went unanswered by the police.

This article was originally published on Alt News and has been republished under a Creative Commons license.