A Terrorist Crime Aimed at Turning India Into a Hindu Pakistan

The Hindutva brigade in India is functioning the way extremist elements across the world do – recruiting unemployed, ill-educated and ambitious youth, and brainwashing them. 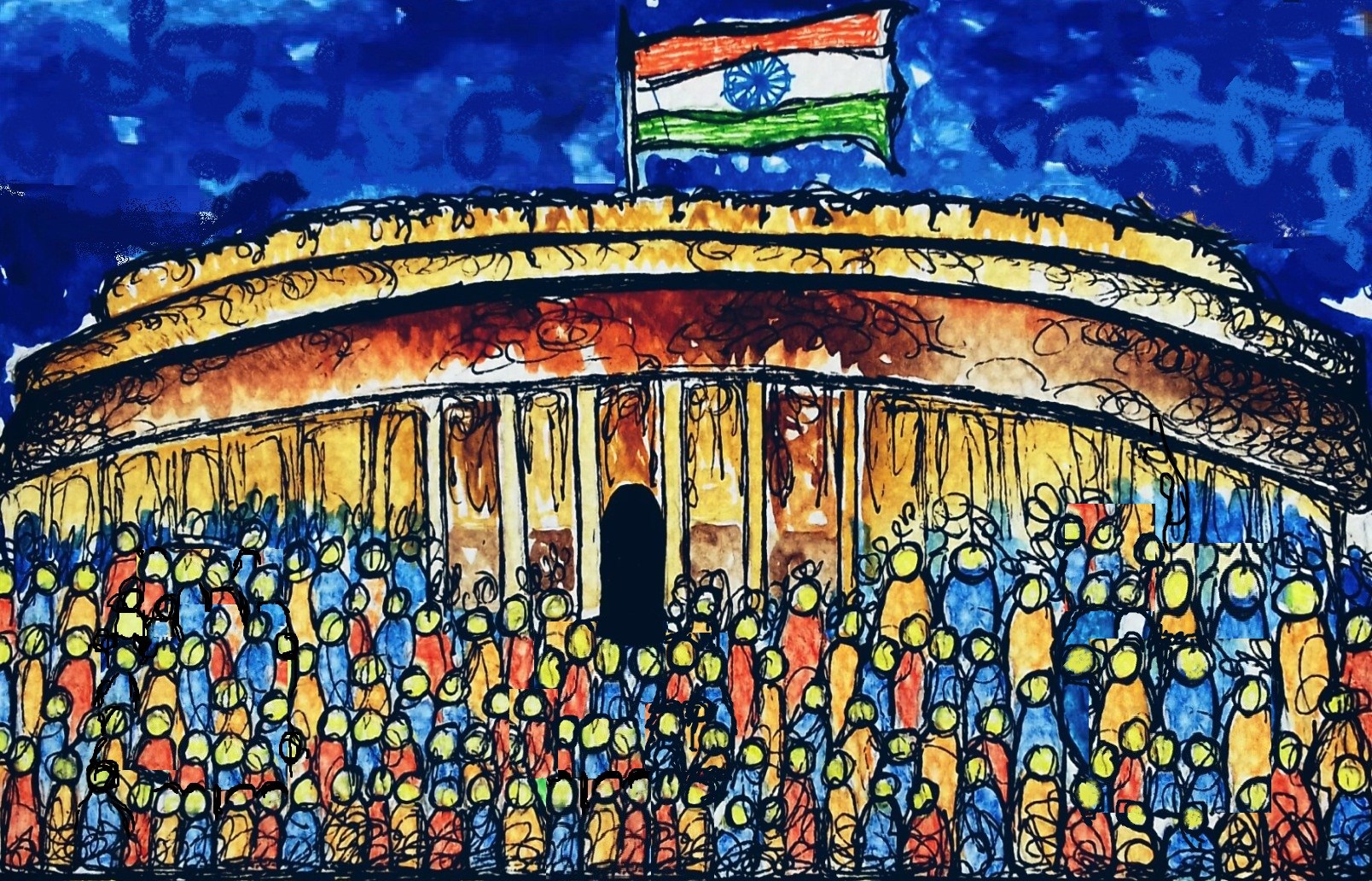 On December 6, a 50-year-old migrant labourer, Mohammed Afrazul, was brutally murdered and burnt alive (apparently due to suspicions that he was in a relationship with a Hindu woman) by Shambhulal Regar alias Shambhu Bhavani in the Rajsamand district of Rajasthan. The entire incident was recorded on video and published on social media in an attempt to incite hatred and violence. The police arrested the attacker and his nephew, who recorded the video.

The barbaric act captured on video has shaken to the very core every peace-loving citizen who watched it. The murder has been strongly condemned from every quarter, except the fanatic Hindutva brigade on social media which not only supports this inhuman act but has made attempts to establish it as a lesson for all “love-jihadis“.

Since the murderer belongs to the Scheduled Castes, the Dalit community has also reacted by strongly condemning the act.

The killing of an innocent citizen is a ploy of the same ideology which views the act of murder as a symbol of bravery and masculinity, and encourages it.

Not only is the murder an attack on humanity and the constitution of India, it is also an attempt to push the Hindu religion towards a state of war where followers of other religions are portrayed as dangerous enemies. It is also against a civilisation that advocates goodwill amongst its people. Such actions can be equated with the actions of ISIS and the Taliban.

This marks the beginning of attempts to turn India into a Hindu Pakistan. There seems to be no end to this series of murders. It will go on and ultimately the Hindu religion itself will fall prey to the violence, with Hindus killing each other.

The attacker had no personal rivalry, no financial dispute with the victim. They were not neighbours. The deceased Afrazul had neither molested nor married any of Shambhu’s female relatives. It was neither a matter of “love jihad” nor an honour killing. In fact, the killer did not even once address Afrazul by name in any of the videos. Perhaps he did not even know the victim’s name. But he knew for certain that the man he targeted was a Muslim.

Those who know Regar claim that he was unemployed and a drug addict. He enjoyed watching videos promoting Hindutva content and on Facebook, liked posts carrying the Hindutva message.

Regar shared a total of five videos on his social media account, of which three were recorded a day before the murder, one during the murder and another afterwards. He also posted a three-page handwritten letter. The script of the letter was Devanagri and the content was English, though he has studied only till class X and cannot even read or write a proper sentence in English.

The police claim that there is no evidence suggesting that the attacker had links with any right-wing groups. Since he is not associated with any organisation of the Sangh ideology, they say, he cannot be linked to Hindu extremism. Yet the murderer’s language, behaviour and actions all seem inspired by that very Hindutva ideology.

Nowadays, shakhas are no longer restricted to physical public spaces but are organised through WhatsApp as well. The project of engendering fanatic Hindus is now being carried out in an organised manner on the internet. It is ideological terrorism of a dangerous kind of Hindutva which has infiltrated people’s minds like poison. For it to work, there is no need to directly become a part of any Sangh organisation.

Using traditional means of political propaganda and later through social media, the process of making Hindus not only anti-Muslim but also extremist gained pace post the Babri Masjid demolition. In the garb of nationalism and patriotism, the Hindutva brigade in India has functioned the way extremist elements across the world do – recruiting unemployed, ill-educated and ambitious youth, and brainwashing them. They target young men who are broke or are drug addicts for recruitment to violent activities and push forward their agenda through them.

Afrazul’s killer is also a human bomb created by the Taliban-like Hindutva ideology. Thousands of such youth have been prepared who are ready to kill or die in the name of religion. These brainwashed men are incited to carry out riots and gang rapes. They commit arson on shops and homes belonging to members of different communities and engage in other such terrorist acts.

In the video, the murderer is seen echoing a language no different from the one being used from Nagpur to the Red Fort in Delhi. The attacker chose the anniversary of the Babri Masjid demolition as the day to commit his murder, a day being celebrated by the Hindutva brigade as ‘Shaurya Divas‘. In the video clip, he can be heard talking about fake currency and how it has destroyed the Indian economy. He also speaks of abolishing Article 370 while referring to Islamic jihad and Pakistan. He claims that reservation divides the Hindu community, talks about love jihad and calls India ‘Ma Bharti‘. He also demands that a Ram mandir be built soon, presumably in Ayodhya. Behind him flutters the same saffron flag hoisted at Sangh shakhas, offices and functions. A chandan mark can be seen on his forehead.

But despite his attire, language and attitude, he is not being referred to as a ‘Hindutva terrorist’. When the Taliban and ISIS release videos of such cruel killings, it is the same Hindutva brigade that labels them as barbaric, Islamic jihadists and terrorists. The Rajsamand incident is neither about love jihad nor honour killing. It is not the result of personal enmity, nor can it be brushed aside as lunacy.  It is clearly terrorism. It is the result of a decades-old poisonous extremist ideology which not only praises the actions of Nathuram Godse – the assassin of Mahatma Gandhi – but also does not even hesitate in erecting shrines for the vicious murderer.

This kind of terrorism has been nurtured over a long period of time: when the killer of former MP Phoolan Devi, Sher Singh Rana, was made a national hero; when Dara Singh, the man who burnt alive Graham Staines and his two boys, is extolled as a Hindu warrior; when the BJP-Sangh leader Kamal Didi goes to meet the murderers of Pehlu Khan, who was killed while transporting cows from Jaipur, in jail and equates them with Bhagat Singh.

Glorifying murderers as national heroes encourages others to commit such violent acts – and criminals like Regar are born.

Hindutva terror is a reality today. The poisoning of Hindu minds is going on at a massive scale. Both physical and ideological nourishment and training is being imparted to nurture violent murderers. 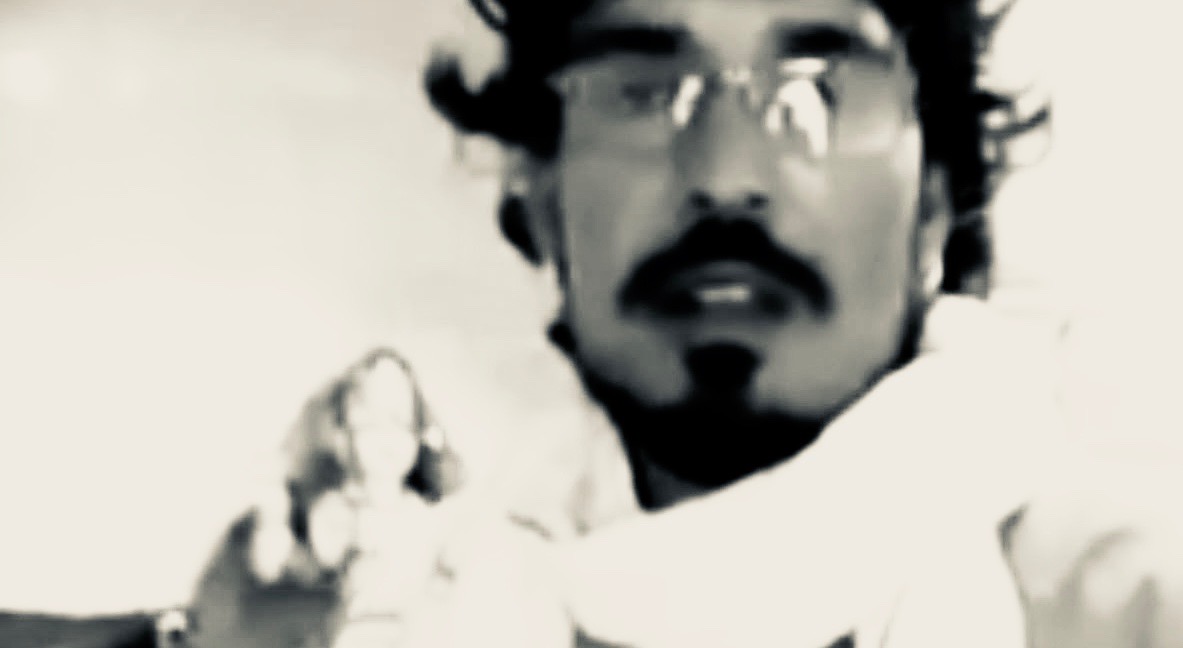 Expressing regret over the ruthless murder of Afrazul, Rajasthan chief minister Vasundhara Raje spoke of strict action, but nothing has been done so far. Had the Raje-led BJP government taken swift action in the matter of Birloka’s Ghafoor Khan, Nuh’s Pehlu Khan and Pratapgarh’s Zafar Khan, Afrazul’s killer could not have gathered the courage to commit the crime.

It is the government’s responsibility to put a check on organisations that spread hatred in the society. It is common knowledge that the BJP contests elections on the back of the Hindutva brigade and other such groups that spew venom, benefitting from communal polarisation and enmity. Common citizens and especially the Hindus of India need to stand guard against such communal forces.

In this terrorism laboratory, Dalit, tribal and backward youth are being massively manipulated. They are  glorified as Hindu bravehearts and religious warriors. Distorting historical facts, the Mughals, Turks and Muslims are held responsible for the adverse condition of Dalits and lower castes. The two are being pitted against each other in such a way that hatred and rivalry will persist for centuries to come. This terrorist project is leading Bahujan youth on the path of self-destruction, the final result of which will be total surrender to slavery.

The Sangh’s conspiracy of overturning awareness among the Dalit community seems to be succeeding. The Dalit, backward and tribal youth have been brainwashed into believing that Muslims are their biggest enemies. In turn, these newly-created religious heroes are taking innocent lives.

This kind of terrorism is bound to turn self-destructive –  consuming the country, as well as the Hindu religion.

Bhanwar Meghwanshi is an independent journalist and Dalit activist based in Rajasthan.

Translated from Hindi by Naushin Rehman. You can read the original Hindi version here.