Is 2018 the year where we must concede the battle? Is our democracy destined to be majoritarian? The answer to both these questions must be in the negative. 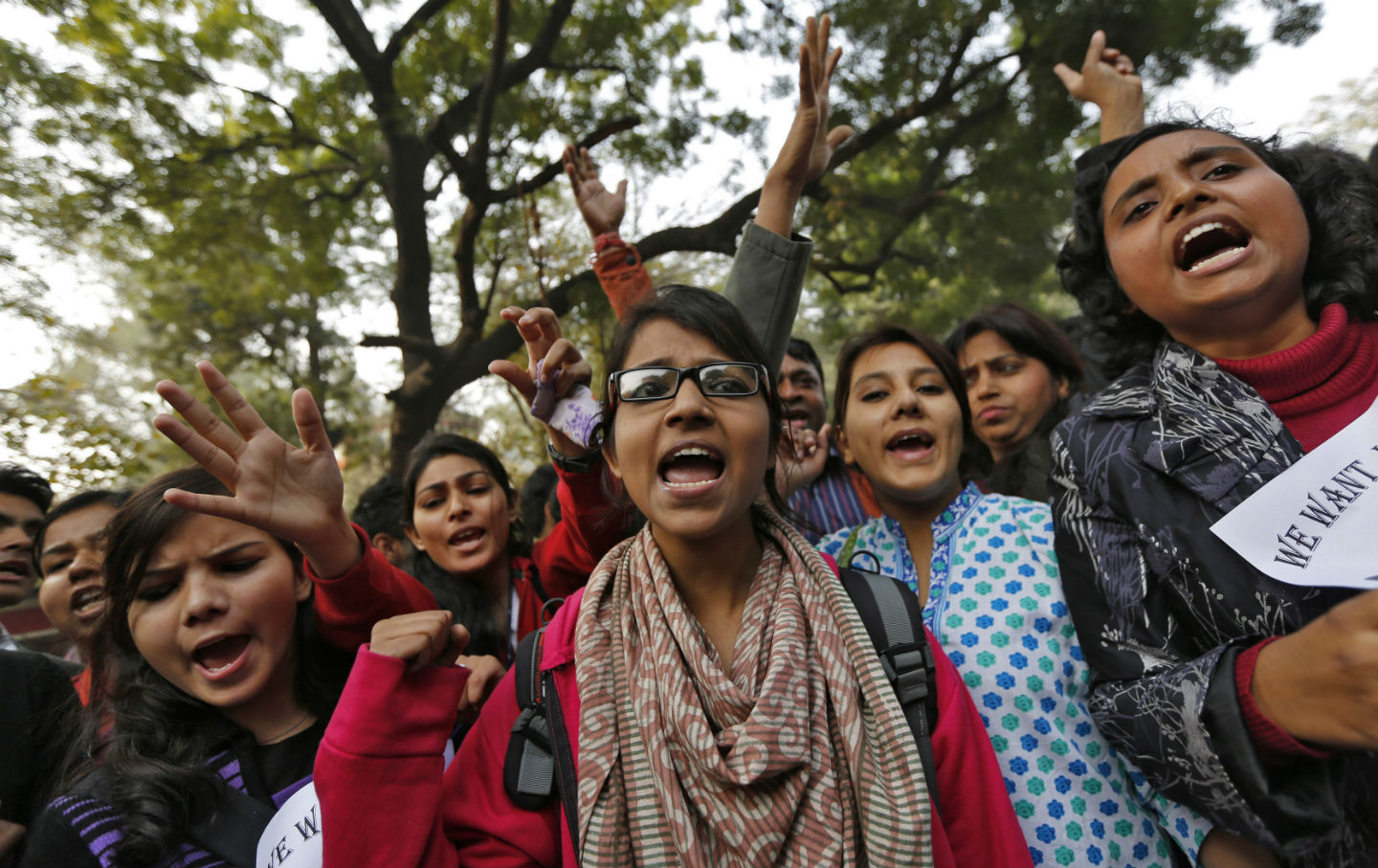 The battle of ideologies must be fought on multiple grounds. Credit: Reuters

Recent events, precipitated almost entirely by the Bharatiya Janata Party (BJP) and the Rashtriya Swayamsevak Sangh (RSS), have revived a debate over the fundamental characteristics of India. The fault lines in society grew deeper in 2017. The national flag, the cow, a temple, historical fiction, and ‘love jihad’ – all were legitimate reasons for mob violence and lynching; and murderers were hailed as social warriors and inspired fund-raising campaigns. These events are not new. And yet, they have surfaced only because they have explicit political sanction today, exemplified best by a virulent Hindu priest assuming charge of India’s most populous state.

Though similar to the older ‘idea of India’ debates, this time around, the fissures run deeper, and the implications are graver. There are different proximate reasons for this. The Hindutva-espousing RSS and its affiliates are in power and control the presidency, the Union government and the executive power in 19 states. Social conservatives have coalesced with political power on matters of religion, nationalism, cultural practices and social hierarchies. Commercial interests too have aggregated in favour of the political victors, the result of which is most noticeable in the media.

As a result of this all, it appears normal today to wonder if the constitution is an anomaly. In the early years of independence, anglicised liberal elite dominated the state debated chapter and verse of the document they were drafting, and refused to give in to the conservative moorings of the society at that time. As a result, unlike several newly-independent nations of that time, India chose to commit to universal fundamental rights, and a democratic process of transfer of power. The social and economic divisions this led to were, in a sense, inevitable. In its most obvious shape, it has pitted a Hindutva view of India against the constitutional secular democratic characteristic of the republic.

Also read: We Need to Teach Our Kids to Feel Responsible, Not Proud, as Indians

In society, it is not easy to draw the clear contours of this divide. No social or economic segment of the population is homogenously liberal or conservative, quite in contrast to the political class, where these fault-lines are clearer. The state’s faltering response to these societal divisions have been seized upon by the political class, and they have now been able to bring together a brute physical majority to challenge the progressive social construct of India, as exemplified by the constitution. What we are seeing today is this battle of ideologies play out. If in the early decades of the republic, the social conservatives found themselves out to political power, we now inhabit a time when the reverse is true. Having been rapidly pushed out of political influence, those who lament the erosion of the secular and liberal values stand isolated. It may be against the basic instincts of a society to pursue intellectualism, and in these times, the social cost of this pursuit may appear truly high, but is well worth it. Credit: Reuters

At the same time, the clamour of voices asking social liberals to stand down have grown louder. These voices emerge from a majoritarian impulse that insists that since popular will as expressed through elections have supported a particular narrative of what it means to be ‘Indian’, everyone else must submit to that view and move on. In their minds, for decades now, this popular will was subjugated under a liberal (some would add the prefix ‘pseudo’) veneer, and now that the tables are turned, it is only fair that the liberal elite accept the new India.

Then is 2018 the year where we must concede the battle? Is our democracy destined to be majoritarian? The answer to both these questions must be in the negative. On the contrary, this must be the year to intensify the fight.

The battle of ideologies must be fought on multiple grounds. It is imperative to recognise that this will be a long-drawn out process; and relatedly, we must recognise that this battle goes beyond the political arena. Those fighting this out must learn to look beyond electoral gains or losses. The political party in power today only represents the dominant social coalition of the day. It is kosher to brand political opponents as traitors only because that plays on the social prejudices of the hardline Hindu. The battle therefore, one might say, is for the hearts and minds of the people. Engagement is hard, but remains the only way out. But one can no longer engage by remaining neutral or silent. We must find values that are worth fighting for, and not political parties.

It may seem counter-intuitive in these times, but facts do matter in the long run and for that reason alone, they must be brought up to the surface and kept alive. A political party that does not have a sound grassroots organisation cannot take its message down to the masses – that is a fact. Little surprise then, that their ability to win elections will gradually suffer, and eventually, go down to being non-existent if they cannot revitalise their organisation. Similarly, economic realities will matter. Holograms and propaganda cannot fill empty stomachs; religion cannot keep farmers from committing suicides in distress.

Finally, we must reclaim intellectualism in public life. The last five years have struck a serious blow against intellectuals and knowledge, and this has largely been to our detriment. It is handy to remember what Isaac Asimov once said: “Anti-intellectualism has been a constant thread winding its way through our political and cultural life, nurtured by the false notion that democracy means that ‘my ignorance is just as good as your knowledge’”. It may be against the basic instincts of a society to pursue intellectualism, and in these times, the social cost of this pursuit may appear truly high, but is well worth it.

Suvojit Chattopadhyay is a development sector consultant, currently based in Nairobi, Kenya. You can find his blog here. He tweets from @suvojitc