Brick kilns, in their day-to-day business, are enterprises structured around the illiteracy of their workers. Children working at turning over bricks in the kilns. Photo: Pratik Mishra 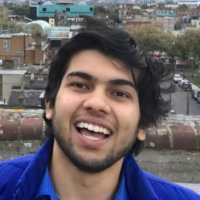 A video that went viral recently shows a female domestic worker arguing with a group of young men over the non-payment of the Rs 1,800 wages due to her, despite being handed that same amount in different notes. She was unable to calculate the money and was stuck at the step of adding Rs 1,500 to Rs 300 and seemed mistrustful of her employers. The video, though funny and intimate, was shot and shared without consent, as she notices and asks the person to stop recording at the end of it. Social media has received it with the usual admixture of different parts of surprise, ridicule and concern.

Financial illiteracy of such an extent feels curious and untenable for our age. Indeed, the question of literacy itself has taken something of a back seat on the national agenda. The literacy rate for India, from NSSO 2018 figures, is at 73.2% and has been seeing a deceleration in progress since the decade of the 1990s when the highest growth in literacy was recorded, a function of the intensively-executed Total Literacy Campaign. Despite this slow progress, the issue of literacy, both for children and adults, has been relegated to something of an autopilot.

The New Education Policy mentions ‘foundational literacy’ and ‘numeracy’ several times as well as lays out a short half-page section on adult education with the declared objective of achieving 100% adult literacy by 2030. Other than a vaguely articulated National Adult Education Tutors Programme, to create teams of one-to-one tutors, the policy defers to existing programmes and articulates little urgency or a sense of mission within the draft document.

The cultural shock that made the video viral highlights that as a nation, we have moved on to the issues of schooling and the problem of the educated unemployed without looking back at the still strong vestiges of functional illiteracy existing still among the most marginalised of our population. For me, this culture shock moment came earlier in 2017 when I started going for my research to the different brick kilns clustered in Khanda village of Sonipat district, 55 km from Delhi.

I was accompanying a friendly kiln worker, Naginaji to a small chicken shop that was set up by a local Haryanvi villager who had hired a 16-year-old boy from Bihar for butchering and other chores. The owner was somewhere else and so the boy was in charge. Naginaji, who is from Bihar as well, picked a live hen to buy and the boy weighed it at the digital scale at 1.9 kg. The price for a kilo was Rs 130 then. He just did not know how to calculate this. Naginaji, after a very delayed calculation, came up with the number (he was from the Paswan caste and literate). The boy was unwilling to take our calculation (reminiscent of how the domestic worker mistrusted the men) and we stood at the shop for 20 minutes, till the boy traced the owner and got the correct price from him.

This was only the first of the many instances of the block from arithmetic illiteracy that I would witness throughout my period there. A large proportion of the 30,000 or so brick kiln workers in Khanda are from the Musahar community in Bihar. Known to be among the poorest and least literate communities and a part of Bihar’s ‘Mahadalit’ group, the literacy rate among the nearly three million Musahars in Bihar was recorded at just 9% in 2001, highlighting their discrimination and exclusion from state programmes and welfare.

Brick kilns, in their day-to-day business, are enterprises structured around the illiteracy of their workers. Among the different occupations of the kilns, Musahars and other Dalit workers predominantly work as pathers or in the task of moulding bricks from clay, which makes up for 90% of employment in a kiln. The work requires managing large four-digit numbers everyday as a family of four workers (including adolescent children) can make more than 5,000 bricks in a day. The bricks are counted daily by the Munshi or accountant, who records the number both in his notebook and the worker’s diary. The horse-cart driver who transfers the dried bricks to the kiln oven serves as a third record of daily brick numbers.

Many pathers cannot read the numbers on their diary, so they constantly cross-check with the literate workers if the entries on the diary are correct. As a reliable party with no conflict of interest, I was often asked to cross-check the additions done by the Munshi on this diary. A worker, Uday, said he memorises the number of bricks tallied at the kiln office in each fortnight (when they also receive expenses for spending on groceries, medicine, alcohol under the bonded labour wage system of the kilns). He recounted to me seven or eight numbers from memory, 31,244 bricks last fortnight, 29,000 something before that, and so on, and asked me to note it in his diary and add it for him.

The kiln workers work in a bondage wage system where they receive an (illegal) lumpsum advance (peshgi) at the beginning of the migration season in October. The piece-rate wages of their bricks (Rs 450 for every 1,000 bricks) accumulate against this advance and the fortnightly maintenance expenses they are paid, and the final wages (hisaab) are only made at the end of the season in June. With rain and various disruptions, it is not uncommon for a worker to be in deficit (tutti) at the end of the season, except that they don’t realise this till a very late time.

A few big labour contractors who manage thousands of workers and live in Bihar, make their journey to the kilns in Khanda and elsewhere, after Holi, in order to tally the accounts with the owners for the impending end of the season. This is when many workers actually get to find out their net position on earnings or deficits. This is also a period when kiln owners become extra-vigilant as workers who find that they are at a large deficit and will not have any significant amount to take back at the end of the season, attempt to flee the kilns in the middle of the night and so on.

There are quite some Musahar workers who are educated up till the fifth standard and can read and add numbers. Most workers nevertheless face everyday challenges of struggling with illiteracy. In the shops, one worker told me, they don’t buy many things at once, as they then get confused and are not able to dictate terms, upon which the shopkeepers find it easy to cheat them.

Workers migrate with their family to the kiln, and this means that the children also do not attend school. In the work of moulding, the thousands of bricks that have been laid out need to be turned once so that they are sun-dried on both sides. This nimble work of quickly moving along the rows of bricks and turning them is usually done by children, who are critical unpaid workers in the production process. Small children also help with the many important household chores of cooking, cleaning clothes when both their parents and older siblings are engaged in making bricks.

Despite all this, most workers are determined to provide some education for their children. They enrol their children in the schools and get them private tuitions during the monsoons when they are in Bihar. The children sit for the exam and are passed by the schools. The value of imparting functional literacy to their children is not lost on them. As an outsider with a copybook, workers would often mistake me for a NGO-wala who was here to teach the children, and it was always a difficult moment to admit that I was could only be there for ‘extractive’ research purposes and not to impart the education for their children they were hopeful for.

As a final anecdote, I share what I heard happened there through the COVID-19 lockdown. During the months of March-June when the lockdown was in force, the brick kiln workers stayed on in the kilns where the spatial arrangement of production is socially distanced by default. These are especially productive months when the wet clay bricks would dry fast, and workers would work late into the night (till 3 am) in order to rest through the hot afternoons.

As the proclamations came of Thaali Bajao and Diya Jalao from the prime minister in signalling that the country stands against COVID-19, the workers understood COVID-19 to be a ghostly entity, because these actions are culturally associated with warding off spirits (brick kilns are full of interesting ghost stories). Many workers felt scared and stopped working after 11 pm from fear of COVID-19 at night. Despite some attempts of owners and accountants, many workers persisted with this view, at a significant loss to their income.

Pratik Mishra is a PhD student in King’s College London.